End result (without proxy cards; the final result will be announced on 19 October):

There were three winners and two losers who emerged from Austria’s election yesterday. The only party that achieved the same result as in the last election are the liberal NEOS.  On Thursday, 19 October it will finally be announced which four, five or six parties will ultimately end up in Austria’s next parliament.

The ÖVP, led by 31-year old Sebastian Kurz (currently Foreign Minister) managed for the first time in Austrian history to overtake the Social-Democrats, as junior partner in a coalition. His success is mainly based on two pillars, a strong position against uncontrolled immigration and secondly against political Islam. On European issues he is clearly pro-EU but he wants an EU that focuses on macro topics and security, with stronger roles for the nation states when it comes to the details. After yesterday’s vote, Kurz now has a clear mandate to lead the next government of Austria.

The FPÖ, led by Hans-Christian Strache. Strache pushed the former far-right party closer to the centre, by giving up on its clear anti-European positions and cleaning out the far-right wing in the FPÖ. The party can now be considered Eurosceptic but is neither calling for an exit from the Eurozone nor from the EU. However, as with Kurz, Strache focused his campaign on immigration and social issues, which he wants to be handled at the EU-level, by strengthening European immigration control and cutting social welfare for migrants. Strache is probably unlikely to join a potential government, but is more likely to “send” his deputy, Presidential candidate, Norbert Hofer.

The Liste Pilz is led by former Greens-icon Peter Pilz, who left the Greens following internal disagreements. This led to the Greens splitting up as a party and potentially also looks like spelling the end of the Greens’ participation in the “Nationalrat” (Federal parliament) of which the party been a member since 1986. Pilz is considered to be a left populist (comparable to Sven Giegold in the European Parliament). As of now, it looks like Pilz’s list will make it to the Parliament, but before Thursday there is no 100% certainty.

The SPÖ, led by Chancellor Christian Kern, lost despite achieving a slightly better result than in 2015. There are probably three reasons for this result: (1) the SPÖ suffered from the popularity of Sebastian Kurz as a rival candidate; (2) the party’s open-door policy regarding immigration did not prove popular with voters; and (3) the allegations regarding an anti-Semitic social media campaign against the ÖVP. The SPÖ was fortunate that the Green party blew up itself, which meant many former Greens voters shifted their votes to the Social-Democrats, otherwise the result would be even more devastating. As of now, the SPÖ might end up in the third place, which has never before happened in Austrian history.

The Greens, led by EP-Vice-President Ulrike Lunacek, are the big losers of this election. By losing basically two thirds of their voters and probably missing out on being in the next Parliament, the party, although still part of four regional governments, has an uncertain future. The two main reasons for the collapse were the internal party fight about list positions, which ended ultimately in the split up and the founding of the rivaling Liste Pilz, and secondly, the group’s position on immigration and Islam.

As of today, there are there only two reasonable coalition scenarios:

Most of the political media are expecting another coalition between ÖVP and the FPÖ (which already governed from 1999-2002), which will focus very strongly on migration, social issues and lowering taxes for the middle class. The big question mark in this scenario is, will Hans-Christian Strache be part of the government or not?

After a public conflict between the SPÖ and the ÖVP, the only realistic alternative is a SPÖ-led coalition with the FPÖ, either by Christian Kern or his more right-leaning current Defense Minister Hans Peter Doskozil. However, there are three significant issues which affect the likelihood of this outcome.  Firstly, until recently it was part of the SPÖ’s DNA not to partner with the right-wing FPÖ, although since the last elections in Burgenland, where the SPÖ and the FPÖ formed the regional government, this objection seems less potent. Nonetheless, there are still strong forces in the Viennese SPÖ who strongly oppose a coalition with the FPÖ, even if their influence is steadily diminishing. Secondly, from a FPÖ perspective there is a realistic threat that the Kurz-ÖVP might steal the FPÖ’s key talking points and “invade” the FPÖ’s voting pool. This point led a number of senior FPÖ officials to publicly call for a coalition with the SPÖ. Strache so far has been rather silent on this matter. And, last but not least, this coalition is only likely to occur if the SPÖ finally overtakes the FPÖ in the final results.

What this means for Europe

Whatever the final form of the coalition government, from Europe’s perspective the outcome of the elections mean that Austria will push for stricter rules for migration to Europe and a common European border protection mechanism. In either case, the government will be led by a clearly pro-European Chancellor, supported by a rather national-minded junior partner. Nonetheless, while a SPÖ-led government would probably push more openly for a stronger Europe, Sebastian Kurz will probably focus more on “the big issues” while calling for more subsidiarity on the smaller ones.

With regard to Germany, both candidates align with certain topics on Angela Merkel’s agenda. Kurz is clearly in favor of clear budget rules (he wants to cut down spending), while Kern would be rather more in favor of Merkel’s social and migrant policies.

In terms of Austria’s overall position in Europe, it is widely expected that Sebastian Kurz will try to strengthen Austria’s unofficial position as the mediator between Western EU countries and Austria’s traditional Visegrad allies of the Czech Republic, Slovakia, Hungary and also Poland. He may try to soften the tone which characterizes this relationship and take on more of a role as “translator” and facilitator for these countries in the upcoming redesign of the EU. With regard to Brexit, both potential Chancellors support a strong stance against the UK, with both calling for a settling of the “open bill” and clear rights for EU citizens.

What this means for business

Concerning the outlook for business, a potential ÖVP-FPÖ government will likely be more business-friendly than the Christian Kern-led SPÖ-ÖVP government. Kurz’s agenda on economics not only includes the reduction of Austrian bureaucracy but also aims to attract more foreign Investment and lower taxes, to facilitate the founding of companies, an easier access for funding for SMEs as well as a stronger focus on the sectors of the future and a well-equipped work force to enable digital excellence in Austria.

For more information on the election results

Kelsey Suter, a senior consultant from APCO’s Washington public affairs team, joined CGTN America to discuss the outcome of the Austrian election and its implications. 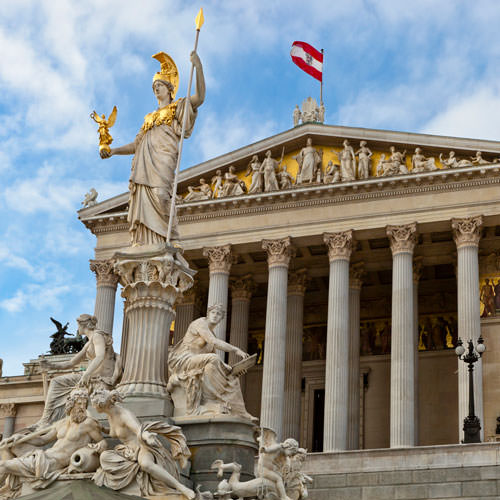