LONDON (7 September 2016) – With the precise timing and form of the UK’s exit from the European Union still to be determined, a new poll highlights the importance the British public place on maintaining funding for science and research.

The poll, by APCO Insight, the opinion research consultancy at APCO Worldwide, found that a loss of funding for science and research came towards the top of a list of post-Brexit fears. Over a quarter (28%) said they both believed this would happen when the UK leaves the EU, and that they were personally worried about the prospect. By comparison, only 13% said they were worried about housing prices falling, and 18% about a decline in consumer funding.

Young Britons seem to be particularly worried about the prospect of a loss of funding, with 42% of those aged 18-24 giving this as an answer.

James Acheson-Gray, managing director of APCO Worldwide’s London office said of the results:  “The fact that so many young Brits are concerned about a loss of funding risks discouraging many from pursuing a career in science. Vital areas such as technology, the life sciences and aerospace could suffer badly. The competition for talent here is already fierce, and firms will really have to compete to secure the graduates they need.”

Jo Kimble, APCO London’s technology lead added: “There is also a communications opportunity for larger companies here. Those with a strong scientific capacity need to highlight their continuing contribution to the UK’s scientific base. This is not just about how much companies are investing either, but also about the role of partnerships – the extent to which the private sector collaborates with academia has long been under-recognized.”

All figures, unless otherwise stated, are from YouGov Plc.  Total sample size was 1,690 GB adults. Fieldwork was undertaken between 4th – 5th August 2016.  The survey was carried out online. The figures have been weighted and are representative of all GB adults (aged 18+) 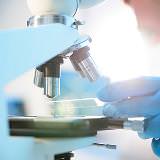