LONDON (24 August 2016) – With the precise timing and form of the UK’s exit from the European Union still to be determined, a new poll highlights the complex environment facing corporate communicators. While results show considerable pessimism about the personal economic impact of realizing Brexit, there is also a clear need for companies to highlight their ongoing commitment to the UK.

Fears over the personal impact of Brexit could be linked to pessimistic views of the business climate, with more predicting negative rather than positive economic consequences for both UK-headquartered businesses and multinationals operating in the UK.  In a follow-up question, the main worries expressed were around the relocation of jobs abroad (37%), and foreign companies choosing to invest less in the UK (34%). Only a small proportion (13%) said they were wary of house prices falling.

James Acheson-Gray, managing director of APCO Worldwide’s London office said of the results:  “A lot of the post-referendum focus has been on the immediate economic impact, but we wanted to take a longer-term view. The considerable uncertainty over what happens when the country leaves the EU actually represents a communications opportunity. There is a chance for companies with a large footprint to underscore their commitment to maintaining jobs in the UK. Multinationals should also emphasize the scale of their investment. It has never been more important to highlight the role of the private sector in driving the British economy forward.”

Chris Levy, European Director of APCO Insight added: “It is particularly interesting that the public’s main concerns are not those we see reported the most in the media. House prices are a good example – we see a lot of stories about the impact here: yet it is the long-term effects that worry people the most. They need to hear from larger companies that they aren’t going to pull the plug on the UK.

All figures, unless otherwise stated, are from YouGov Plc.  Total sample size was 1,690 adults. Fieldwork was undertaken between 4th – 5th August 2016.  The survey was carried out online. The figures have been weighted and are representative of all GB adults (aged 18+)

For more information on the poll results, watch James Acheson-Gray discuss the findings in the following video: 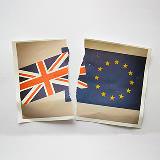