Washington (July 22, 2015) – Social media and media relations are now more important for trade and professional membership associations to be effective, according to the latest TradeMarks study from APCO Worldwide. The study surveyed more than 300 policy leaders in Washington, D.C. to determine perceptions of what makes an association an effective public policy advocate in the eyes of its key audiences and assessed 50 leading trade associations in the United States.

The study found that the five most important elements needed to make a trade association effective are: multilateral impact (working effectively with regulators, legislators and political officials in the executive branch), unified voice, bipartisanship, media relations, and social media. This is in contrast to the inaugural study that found lobbying, multilateral impact, local impact, membership mobilization and coalition building to be the most important attributes, respectively. The TradeMarks model is based on 15 characteristics in total.

Financial services associations now rank first out of eight industry sectors, an improvement of nearly eight points since 2013. Meanwhile, the health care and telecommunication sectors have fallen slightly in the ranks.

“The latest results from our TradeMarks Washington study show that the qualities of an effective trade association have shifted some from our initial study,” said Bill Dalbec, deputy managing director for APCO Insight, the opinion research group at APCO Worldwide. “Having a unified voice as an industry and having a positive perception in the media are now considered more important to a trade association’s effectiveness than lobbying or member mobilization. It’s an interesting shift that’s reflective of how people are perceiving brands differently today than in the past. We’re now seeing this well-known trend in the private sector carry over to new areas.”

A key element of the TradeMarks study is the ability to link perceived effectiveness to the outcomes associations are seeking with their efforts. The Washington model shows that a one-point increase in an association’s TradeMarks Index will result in greater and more positive consideration, partnerships, engagement, dissemination and recommendations from policy leaders on behalf of associations. This analysis enables trade associations to measure the return on effectiveness resulting from their investment in building their reputation.

“Trade associations play an important role in the policymaking process, and it’s great to have such an elegant, quantitative method that can help guide them to be more effective for their industry and members. This kind of cutting-edge thinking is why exactly why I joined APCO,” said Gadi Dechter, head of public affairs for APCO’s Washington office. “It’s all too easy for even the most well-intentioned associations to misdirect their resources only to result in little effect in achieving the policy goals for their industry and members. TradeMarks can help associations by charting a course for success.”

The top ranked associations in Washington, D.C., on each of the 15 characteristics are listed below. For more information about TradeMarks, please visit trademarks.apcoworldwide.com. 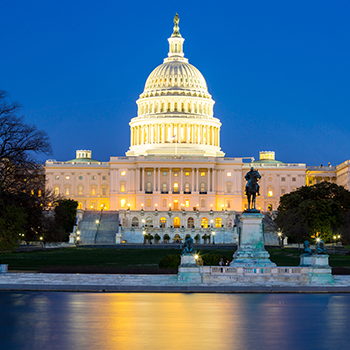