“Bruce has extensive experience in domestic and foreign policy with a deep understanding of the nuances that will help our clients see around the corner and better understand and anticipate the actions and changes that will impact their ability to grow in key markets around the world.” Kraus said. “I am delighted to welcome him to this distinguished group at APCO where I know he will be a great resource for our clients.”

Jentleson will counsel APCO’s clients on international security, U.S. foreign policy and global governance while working closely with APCO’s Raleigh office. He has particular expertise in foreign policy concerning the Middle East. He is a leading scholar of American foreign policy and has served in a number of U.S. policy and political positions. Most recently, Jentleson was selected as the 15th Henry A. Kissinger Chair in Foreign Policy and International Relations at the Library of Congress Kluge Center. He has served in the Responsibility to Protect (R2P) working group policy commission co-chaired by Madeleine Albright. In 2012 he served on the Obama 2012 campaign for the National Security Advisory Steering Committee. He served previously as a as a senior advisor to the U.S. State Department Policy Planning Director from 2009 to 2011, and during the Clinton administration, he served as a senior foreign policy advisor to Vice President Al Gore. From 2000-2005, Jentleson served as the director for Duke University’s Terry Sanford Institute of Public Policy.

“I’ve had a long admiration for the work that APCO does for its public sector clients as well as the counsel it provides to companies as they interact with governments,” Jentleson said. “I look forward to working with its clients to continue my work of improving public policy, especially with APCO’s staff in Raleigh.”

His addition to APCO’s IAC coincides with recent expansion of APCO’s office in Raleigh, including the addition of many new positions and expanding work with organizations such as Lenovo, Novozymes and the Alliance for North Carolina Nonprofits.

“It’s been one of my greatest joys in my 16 years with APCO to grow our Raleigh office into such a talented team,” said Kelly Williamson, managing director for APCO’s Raleigh office. “APCO has a unique local offering to help companies grow within the state and can also help others build and protect their reputation throughout the U.S. and internationally. It’s great to do business in Raleigh, and I look forward to expanding APCO’s presence here.” 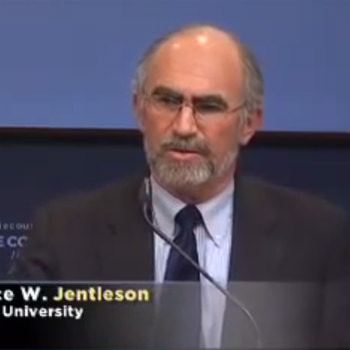