Washington (May 8, 2017) – Jordan Valdés, a former senior vice president at Podesta Group, a former senior advisor at the U.S. Small Business Administration, and an international trade and commerce expert with over a decade of experience, has joined APCO Worldwide.

Valdés will serve as a senior director in the firm’s Washington office, helping clients navigate commercial, policy, and political challenges across borders and diverse communities.

“Countries and corporations alike are seeking ways to navigate the new normal,” said Ross. “Jordan is a triple-threat, bringing public affairs, international and corporate communications experience to our growing and thriving Washington, D.C. operation. Her experience is a valuable asset for our clients who are looking to get ahead in this turbulent environment. We’re delighted to welcome Jordan to APCO and our growing Global Solutions team.”

Prior to her time at the Podesta Group, Valdés was a political appointee in the Obama Administration, serving as a senior advisor for the U.S. Small Business Administration’s (SBA) Office of International Trade. While working for the SBA, Valdés supported the execution of President Obama’s National Export Initiative. Her work representing 295,000 small businesses advanced protections for small and medium enterprises during negotiations of the Transatlantic Trade and Investment Partnership (TTIP). She also previously served as a consultant in the U.S. Department of Energy.

Valdés also served as an advisor in the office of the Prime Minister of the Kingdom of Bahrain, where she helped launched the country’s first foundation for sustainable development and the first series of investment publications in the Arab Gulf. As a senior consultant at Booz Allen Hamilton, she supported an African global health project for USAID.

Valdés is also deeply committed to diversity. During the 2016 presidential election, she was a member of the Virginia Democratic Party’s Latinos Con Hillary Steering Committee and “Mujeres for Hillary.” During her time with the Podesta Group, Valdés also organized partnerships to benefit minority students, which gave them access to international travel and learning opportunities, strengthening relationships between her clients and the Hispanic, African-American and Asian-American communities.

“APCO is uniquely positioned to help clients adapt and thrive in this increasing complex global political environment,” said Valdés. “I’m very excited to join the dynamic team in Washington, and I look forward to adding to the firm’s collective expertise and growing our client base.”

Valdés is a graduate of the University of Miami and earned a master’s degree from Johns Hopkins University School of Advanced International Studies. A first-generation Cuban American, Valdés was recently named a 40 Under 40 Latinos in American politics by the Huffington Post. She is fluent in Spanish and French. 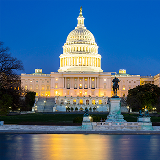