In November, China celebrated the acceptance of its Polar Code error correction technology, a control channel encoding scheme for 5G applications in enhanced mobile broadband (eMBB), as part of a global 5G standard by the Third Generation Partnership Project (3GPP), an international telecommunications standards body. The accomplishment has been hailed throughout China as proof that the country is a contender in the race to define and develop 5G technology, despite the technology being just one of many that will comprise the standard.

“Huawei-backed Polar Code entering the 5G standard has a symbolic meaning. This is the first time a Chinese company has entered a telecommunications framework agreement, winning the right to be heard. But this accomplishment cannot be exaggerated as many global telecom giants still have the loudest voice,” telecoms expert Wang Xuezhi.

China has funneled enormous political capital and funds into becoming a leader in 5G technology. China’s efforts are led by the IMT-2020 Promotion Group, established by three government agencies and consisting of Chinese universities, companies, and research institutes. China’s 5G development roadmap as laid out in the Made in China 2025 plan, calls for China to become a leader in the 5G industry, including standards, by 2020. China’s ambitions also have a strong nationalistic bent: according to the plan, China’s market share for domestic mobile communication system equipment, mobile terminals, and mobile terminal chips should reach 80%, 80%, and 40% respectively.

Accordingly, Huawei and ZTE will end up investing nearly USD 1 billion combined by 2018 in 5G research and development (R&D). Meanwhile, Qualcomm became the first company to announce a commercial 5G modem chipset in October of this year, while Verizon and AT&T have both announced the start of testing.

China’s push for 5G is framed by a particular historical mindset and set of ambitions. China’s failed TD-SCDMA 3G standard resulted in Chinese consumers accessing broadband data eight years after the rest of the world had adopted international standards. Its lukewarm TD-LTE 4G standard has largely been made irrelevant by the rise of multi-mode handsets that can accommodate more than one set of specifications. Despite this trend, China still hopes to gain respect as an international leader in mobile communications technology by contributing to the development of a 5G standard.

China’s ambitious vision of 5G as an enabler of the Internet of Things (IOT) is also driven by economics. The IMT-2020 Promotion Group quotes a McKinsey study which predicts a potential economic impact of up to USD 11.1 trillion per year in 2025, including consumer surplus, for nine IOT applications across nine settings (including vehicles, factories, and cities). China has already set up a special multi-million dollar IOT fund to support IOT projects, as well as launching dozens of IOT demonstration programs throughout the country.

There are many challenges ahead. China’s indigenous innovation drive, fueled by funds and localization mandates, has yet to produce real results. Some observers have even pointed out that the technology for the Polar Code was originally developed in 2008 by a Turkish professor, Erdal Arikan, before being adopted by Chinese researchers. Regardless, China will continue to prioritize 5G both as a source of pride and as a potential key to unlocking new economic growth drivers.

This post was written by APCO alumna Lilian Rogers. 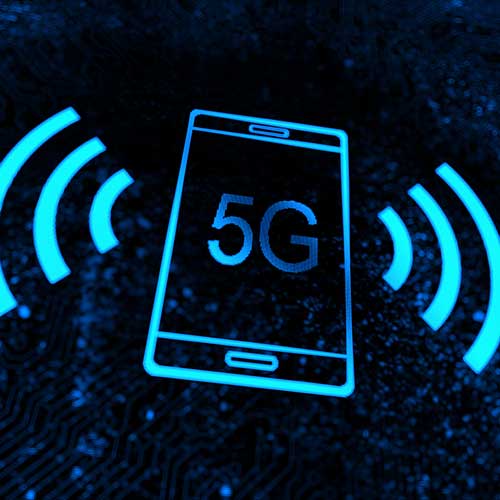