Over the last two weeks, three well-sourced articles in The Washington Post, The New York Times, and Politico have portrayed a Trump administration that is struggling mightily to transition from campaigning to governing. The administration is rife with leaks and infighting, and has a CEO president who is arguably the most iconoclastic but least-prepared chief executive in the modern era.

This past week, the administration has been set-back by three challenges entirely of its creation;

Successful recovery from these events and the critical reporting highlighted above turns on a simple and central question: can Donald Trump learn – quickly and at age 70 – how to transition from campaigning to governing?

The president enjoys strong political support from his base for actions like calling out companies for their conduct, but that political capital won’t last forever. Here are three factors to watch that will tell us if he is learning:

Senior Adviser Steve Bannon occupies the Che Guevera seat in this Administration – the alt-right revolutionary tasked with quickly implementing the president’s campaign agenda. His vision drove the president’s travel and refugee ban. Tasked with cleaning up the ensuing legal and public backlash is Bannon’s establishment-Republican colleague, Reince Prebius, former RNC Chair and current White House Chief of Staff, who is said to have put in place a point-by-point vetting and sign-off process for future executive orders.

The two advisers are bitter rivals, and if this dysfunctional bomb thrower-firefighter cycle continues, one is likely to leave or be forced out. Who goes first and who ascends will signal the future direction of the administration.

So far, President Trump’s agenda has required very little from Congress, save for approval of his Cabinet nominees. That will soon change, as President Trump moves on budget, infrastructure, trade, tax reform, and repeal or changes to the Affordable Care Act. Congress is its own series of power centers, and it is designed to limit the velocity and volume of legislation enacted into law. Especially in the Senate, Trump will need every Republican and a handful of Democrats to enact his agenda.

Democrats are united in opposition to him and some have been subject to his hostile late night tweets. Republican Senators Graham (SC) and McCain (AZ) are emerging as critics within his own party. So, which Trump will show up before Congress – the master negotiator or the bombastic critic of anyone who quarrels with his agenda?

The titular reference to Nixon’s administration is not inadvertent. Trump’s administration is a colander of leaks which makes for well-sourced and entertaining reporting. Some of this is about pressing agendas and settling scores. Others suggest that our media and Twitter-obsessed president gets as much news from media as he does from his own team. So, getting him to act means getting a story placed. Hence the leaks.

Trump’s first instinct has been to call in the plumbers (they fix leaks) and investigate – to ferret out and crack down on the leakers within his own administration. History (see Nixon, Richard) tells us that tends to simply make leakers more cautious. The better, but far tougher, approach is for him to stabilize White House operations and create the internal and organizational channels for members of the team to press their point of view “inside the building.” That requires discipline, leadership and a strong strategic and organizational structure that are only beginning to come into place as cabinet officials are confirmed.

What we learn in each of these three areas will give us insight into the future direction and governing model of this administration and will help the world – especially the business community – plot its strategic future. To evolve, however, President Trump needs to learn quickly from his recent missteps and put forward a more effective approach to governing while he still has substantial political capital. 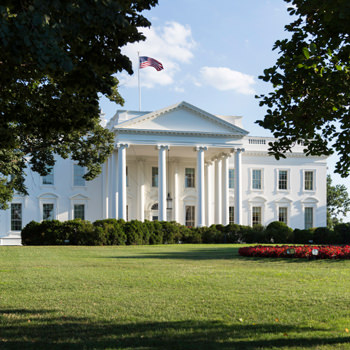