As a vibrant democracy and increasingly powerful global actor, India must confidently articulate its vital role.

Modi’s visit to the World Economic Forum in Davos, Switzerland is a crucial moment for India. Davos, as it’s colloquially referred to by the heads of state and titans of industry that attend this exclusive and highly influential event, is one of the biggest stages in the world.

Last year, President Xi Jinping of China delivered a speech that still reverberates in the halls of power throughout the world today. Xi’s remarks were a declaration of China’s global leadership and dedication to filling a vacuum left by an American president who seeks to put “America first” without a commensurate foreign policy strategy.

Prime Minister Modi can capture some of the international spotlight focused on President Xi last year, and has the potential to expand even further on his agenda. Modi’s speech, the first by an Indian Prime Minister at Davos since 1997, will be one of many by major world leaders during the four-day event. However, Modi’s speech will be given without the disruptive storms of regional or domestic issues facing his counterparts.

President Trump’s speech will be delivered in the wake of a government shutdown in the United States and his record low approval ratings. European leaders like May, Macron and Merkel will all have to articulate a vision for Europe, with little room to outline a plan for global leadership; and a host of other leaders will spend more time explaining who they are and why they are there.

Modi can step onto the Swiss stage, and the global interest and attention, and declare without hesitation or reservation that India is indeed prepared for key global leadership – on the world economy, on counterterrorism, and on clean energy.  He should embrace democratic values of diversity and human rights, and clearly distinguish India from China with respect to those values.

For the international CEOs in the room, Modi must convince them that India deserves their investment dollars. He will need to show a commitment to making India a more attractive place for global investment, and for making the Indian middle class a growing and powerful consumer market that no one should ignore. He can articulate a new trade vision for “win-win” scenarios – each country creates jobs in their trade deal for their respective communities.

For his fellow heads of state, Modi must show that India is not content to be a regional power, but must be seen as a global decision maker, problem solver and leader. He will need to show that Indian influence, as the world’s largest democracy, as the Davos theme articulates, create a shared and prosperous future in a fractured and disrupted world. He should focus on India’s vital economic role in Afghanistan and in international peace-keeping efforts at the United Nations.

The audience at Davos should be a generally friendly one for Modi. His speech should receive strong support from those in the room and introduce a new era for India as a destination for investment capital and a leader of world capitals.

If Modi speaks directly, emphatically and enthusiastically about India’s future, he can further shape the destiny of India and have the world’s most powerful leaders speaking in 2019 about who will give the next ‘Modi speech’ at Davos. 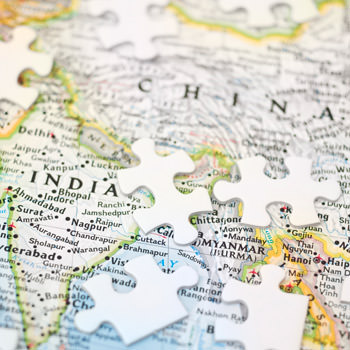