I find that I pose this question rhetorically with growing frequency. At first, I didn’t think I knew what lay under my need for a reasonable answer. But at some point, we must be honest with ourselves and face our fears. For me, it is the fear that the collective consciousness of America will move on from the urgency of equity and justice—and particularly racial justice—to the cause du jour. The fear that the movement that uprooted what was hiding in the dark for far too long will be relegated to a moment in time rather than the watershed movement it is. And, the fear, that the hope and optimism I’ve been holding onto will not be based on reality, but rather a wish that may never come true—at least not in my lifetime. Perhaps the movement is sidelined by the pandemic, the economy, climate or a host of other challenges facing individuals and corporations. Recently, there has been much talk about COVID fatigue. People are restless and willing to take risks they would not have considered even six months ago.

If Americans have had enough of the masks, social distancing, nose swabs—you name it—in eight months, what are we then to make of the past 400 years of systemic racism, injustice and inequity? There has not been meaningful progress on justice and equity in the U.S. since the Civil Rights Act of 1964. We Black and brown people have been fighting for a long time for something that should be a no-nonsense entitlement—equal treatment under the law and to have those laws enforced equitably. As I look around, nearly 10 months after George Floyd’s murder sparked global outrage, I wonder what happened to those loud and proud calls for justice. According to Forbes, within weeks of George Floyd’s murder, more than 28 million people posted a black square on their Instagram page for #Blackout Tuesday to show solidarity in June 2020. Where are they now? Protests have ceased for the most part. People have put away their Black Lives Matter and “No Justice, No Peace” signs to move on with their lives. As we get closer to the next normal will we also go back to the days when too many people didn’t care enough about Black pain? Is society feeling racism fatigue?

There is good news. Between May and December 2020, more than $10.6 billion poured into the Black Lives Matter organization, and the number is much larger if you include donations made to other non-profits focused on promoting racial equity and justice. While donations came from individuals and groups worldwide, a significant portion of the money came from the business community, along with commitments to continue to do better externally and internally. Business leaders have long understood the business case for diversity. The only problem is that it isn’t working. The traditional business case is insufficient for tackling today’s issues. A study in the Proceedings of the National Academy of Sciences showed that as of 2017, rates of hiring discrimination against African Americans had not declined in 25 years. Equally as alarming, the economic gains that reportedly result from a more diverse workforce have not been realized. According to Sarah Kaplan, author of The 360° Corporation: From Stakeholder Trade-offs to Transformation, there is plenty of evidence that diversity is associated with innovation and better decision-making, but it isn’t automatic. And while companies with increased diversity in their higher ranks have reported economic gains, it is essential to remember that correlation is not causation.

The wrong type of progress can be as harmful as no progress at all. Businesses have been wrestling with Diversity, Equity, and Inclusion (DE&I) for decades, yet we have very little to show for the effort. So, what’s required? A new business case that does not minimize people to economic factors, but rather one that leads to a culture with equity and justice at the core, which also means justice-for-all, not just a few. When the only legitimate conversation about diversity links to financial gains, we tend to discount the real problem of inequality, injustice and workplace racism. Companies focused on meritocracy—a standard in business around the world—are especially missing the point. An Australian D&I firm characterized it this way: “Meritocracy and diversity is a marriage made in hell. Assessing merit is fundamentally a subjective process and strongly driven by our individual and group biases.” Company leaders need to reimagine the business case for diversity, dig deeper and focus on the systems and power structures within their organizations that elevate one group of people and diminish another.

This is hard work. It requires self-examination to understand our own biases and how we contribute to the systemic issues that exist. It requires ensuring that your DE&I program is more than a talent management effort focused on increasing representation and understanding that inclusion is not the same as belonging. In “Getting Serious About Diversity: Enough Already with the Business Case,” the authors note, “Many progressive companies today recognize the conditional nature of the diversity-performance link and have moved beyond ‘diversity,’ the catchword of the 1990s, to ‘diversity and inclusion.’” They understand that just increasing the number of people from underrepresented groups is not meaningful if those employees do not feel valued and respected. We applaud the emphasis on inclusion, but it is insufficient because it doesn’t fundamentally reconfigure power relations. Being genuinely valued and respected involves more than just feeling included. It involves having the power to help set the agenda, influence what—and how—work is done, have one’s needs and interests taken into account and have one’s contributions recognized and rewarded with further opportunities to contribute and advance.” Undertaking this power shift is what enables companies to tap diversity’s real benefits.

Leading during these times of adversity has underscored the importance of C-suite executives operating with empathy, compassion and humanity. Employees don’t need a super-hero CEO. They need a leader who gets it and leads with intentionality and authenticity, a leader who can get comfortable with being uncomfortable. It is at the nexus between discomfort and openness that real transformation can happen.

The past year has taught us that leaders don’t have to know all the answers. Employees need their leaders to listen and seek to understand. Many leaders will undoubtedly say the wrong thing on occasion when trying to address these truly human issues.  Your workforce will forgive missteps when the intention comes from the right place. If people are the heart of any business—and I believe this to be true—we should remember the wise words of the late Dr. Maya Angelou, “I’ve learned that people will forget what you said, people will forget what you did, but people will never forget how you made them feel.” 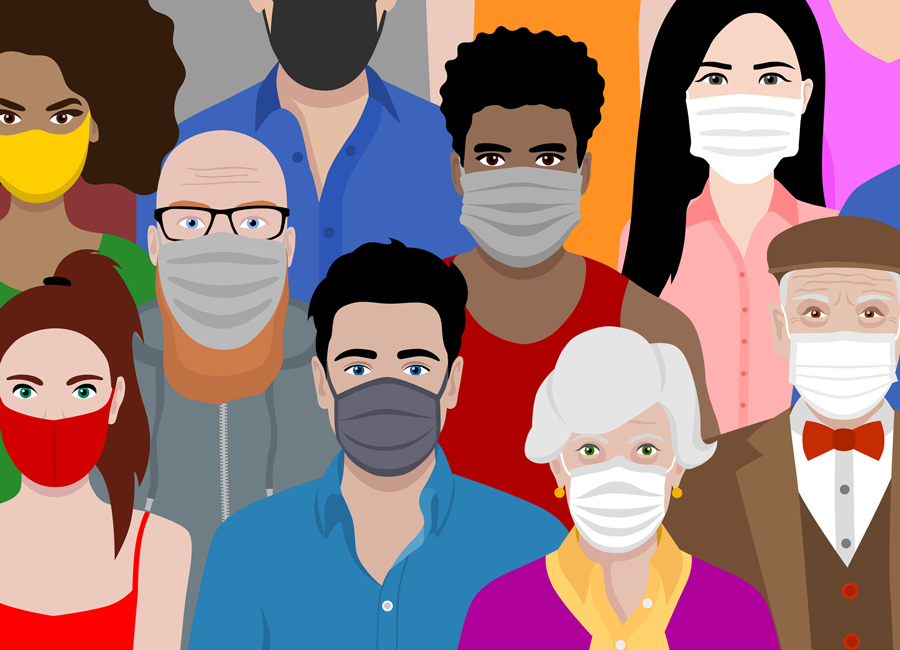