As China transitions from an economic model driven by investment and manufacturing to one that is more services oriented, the consumer economy is slated to stand in for the slack left by heavy industry. Consumption has been the primary driver of the economy since 2014, and accounted for 64.4 percent of GDP growth in 2016. This trend is set to continue as China sets out to double its nationwide 2010 GDP and per-capita income by 2020 to enable greater consumer spending. However, these ambitions are beset by prospects of a rapidly ageing population and mass layoffs in smokestack industries, which could adversely impact household incomes and broader economic growth. To counter these risks and traverse the middle-income trap, China is attempting to harness currently underexploited interior markets and utilize innovation and online technology to boost consumer spending.

The Rise of the Online Economy

With roughly $40 billion worth of trade in 2015, China’s cross border e-commerce sector (CBEC) is a huge enabler for consumption-driven growth. In the wake of an announcement from the Ministry of Commerce’s predicting that CBEC will be a conduit for 30-40 percent of total trade by 2020, recent years have seen a surge of private investment as well as government-created pilot zones. However, sudden changes to customs policies in April 2016 threw many Chinese CBEC firms into disarray, as the preferential tax rates applied to bonded imports were phased out. Industry observers have suggested that this implies a preference among government policymakers in favor of export-driven growth, using CBEC primarily as a channel to increase demand for the country’s struggling manufacturing sector.

Nonetheless, e-commerce will certainly continue to play a key role in China’s maturing economy, empowering Chinese retailers to compete on global markets and allowing foreign multinationals to tap into China’s vast online consumer ecosystem. E-commerce giants Alibaba and JD.com are also targeting the roughly 600 million-large rural population in China as the next frontier of growth, whose incomes are rising faster than their urban counterparts. Recent research claims that 160 million people in low-tier cities who, despite using online services, have yet to begin shopping online. The Ministry of Commerce has also announced its intention to establish relevant training programs and infrastructure development in rural locations. E-commerce may feasibly play a key role in the development of 10 megacity clusters across large swathes of the country, both rural and urban, which aims to strengthen strategic infrastructural and economic links between regions.

Foreign multinationals in China should explore how best they can adapt and contribute to China’s evolving online consumer environment. In the sector’s ongoing rural expansion for example, current limitations in logistics, payment systems and product diversity may provide unique opportunities for development. In China’s urban areas, companies may need to localize their marketing and enhance their product segments to appeal to a more diverse and demanding Chinese consumer. For those looking to enter or expand the market, setting up a presence on online platforms such as Tmall – Alibaba’s B2C online platform – can enable swift and cost-effective penetration. Lastly, goods manufacturers in China may also look to take advantage of the government’s push to increase exports on e-commerce platforms.

This piece was written with assistance from Jonathan Dove and Rachel Hou. 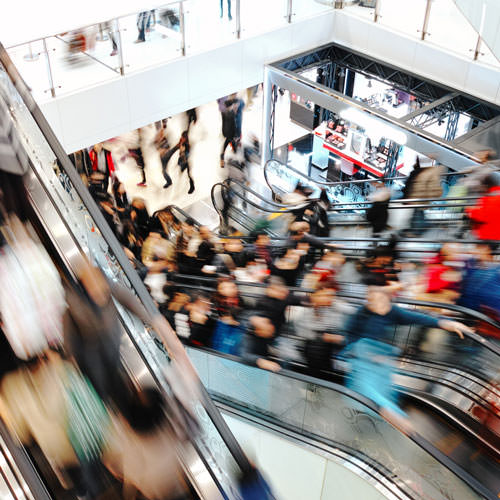