Close
By continuing to use this site, you consent to our privacy policy and terms of use.AcceptRejectRead More
Turkey’s 24th general elections resulted in the election of 550 members to the Turkish Grand National Assembly on June 7, 2015. According to official statistics, Turkey has 53,765,231 eligible voters domestically and 2,867,658 eligible voters abroad, and this year’s participation rate was 84 percent. According to the unofficial results of the election, the incumbent ruling AK Party lost its Parliamentary majority and missed the mark to independently form a government, the first time since 2002. With 96.91 percent of the votes counted, the AKP received 40.70 percent of the vote, while the CHP, MHP, and HDP received 25.16 percent, 16.50 percent 12.99 percent of the vote, respectively. The AKP obtained 254 MPs in the Parliament, falling short of the 276 that it needed to form a government. The main opposition, the secularist and social democrat CHP, attained 131 MPs, while the traditional, nationalist MHP and the pro-Kurdish HDP each saw the election of 82 MPs. These results depict voters’ insistence on maintaining the Parliamentary system and supporting democracy in Turkey.

Read the full analysis below or download the PDF here. 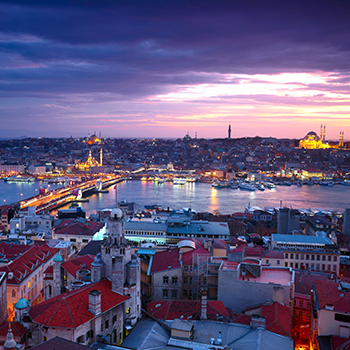