When the voters of the North African state of Tunisia go to the polls in December 2022, they will be electing a parliament that was suspended in July 2021 and formally dissolved in October 2021.

Tunisia was the country where the “Arab Spring” began, with popular protests—demanding political and economic reforms—starting there in December 2010 and then spreading across more than a dozen Arab states and territories in 2011. The results were decidedly mixed; governments were overthrown in Tunisia, Libya, Yemen and Egypt, but conflict continues in Libya, Yemen and Syria, and reforms elsewhere were minimal and grudging.

However, a few countries did emerge from the crisis with improved democratic systems of government. Tunisia was the most drastic example of these. Veteran President Zine El Abidine Ben Ali—in office since 1987—fled the country in January 2011, paving the way for elections later that year to a National Constituent Assembly in which the long-established Islamist opposition, “Ennahda,” became the largest single party, though well short of a majority.

Elections under a new democratic constitution in 2014 saw Ennahda defeated by a secularist grouping led by Beji Caid Essebsi, who was elected president. Essebsi passed away at the age of 92 in 2019, shortly before his term was due to end, and was replaced by one of his advisers, constitutional law scholar Kais Saied from the secularist tradition. The parliamentary elections a few months later delivered a fractured assembly with a coalition government led by Ennahda, which opposed the new president.

Relations between the president and the parliamentary leadership continued to get worse, exacerbated by the economic crisis resulting from the COVID-19 pandemic, which particularly impacted tourism. Due to this, popular protests mounted again, and in July 2021, President Saied suspended the parliament and government, and took over complete power in the country, asserting that he had the legal authority to do so under the constitution.

Seventeen months on, democratic elections are returning. Like General de Gaulle in 1958 France, President Saied is moving away from the previous proportional voting system to one with single-seat districts, electing their representatives in two rounds. Similar to de Gaulle, Saied hopes to reduce the electoral firepower of extremists, which in his view is Ennahda and its allies. The elections will be relatively free and fair.

The polling results highlight that Ennahda’s support has melted away and they currently lie in the mid-teens in terms of percentage support. The “Party of Kais Saied,” founded by and supporting the President, is running a consistent second in the polls, in the low to mid-twenties percentage.

Taking the lead and scoring in the mid-thirties, is the “Free Destourian Party,” founded in 2013, which obtained no seats in the 2014 election and received less than 7% in 2019. The Destour, after which the party is named, was the 1863 written constitution of Tunisia, the first in the Arab world. Habib Bourguiba—who led Tunisia as prime minister and then president from 1956 to 1987—used the name for the political movement which he founded, and today’s Free Destourian Party is a conservative movement seeking a return to the principles of the Bourguiba regime.

It is ironic that the outcome of a dozen years of turmoil may be the return to power of the successors who were overthrown in 2011. However, Abir Moussi, who has led the Free Destourian Party since its foundation, is already the most visible woman in regional politics. Najla Bouden Ramadhane—handpicked as prime minister of Tunisia by President Saied after he dissolved the previous parliament—is the first woman head of government in the Arab world. If, as seems likely, the Free Destourian Party gains enough seats to form the new government, Abir Moussi will be the first woman to take power in any Arab country after winning an election after another unexpected consequence of Tunisia’s political turmoil. 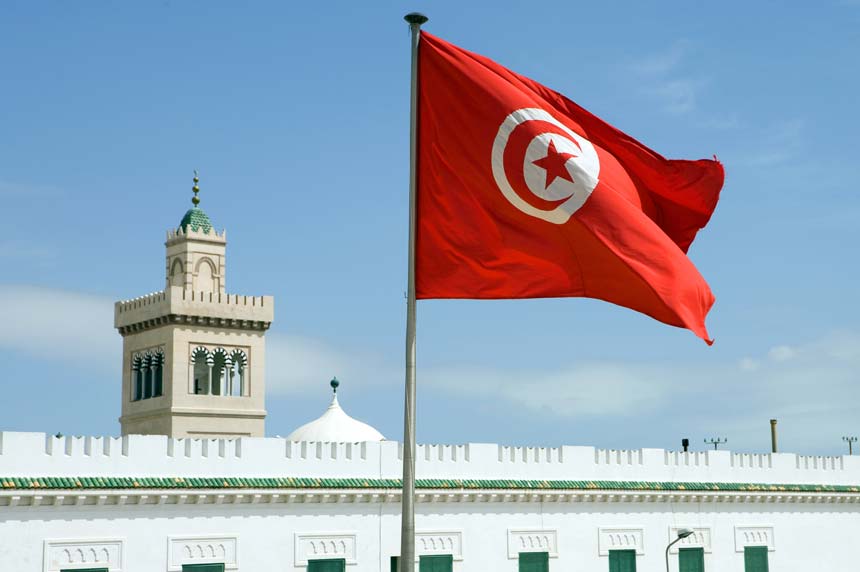