Two years on, global life remains defined by COVID-19 but thanks to the near superhuman efforts of the health and pharmaceutical sectors, successful vaccination rollouts mean 2022 is the year where we see an exit path from the pandemic. Last year the start-stop impact of restrictions, vaccination programs and new variants disrupted our daily lives and repeated attempts to establish a cadence of normalcy during abnormal times. Businesses adapted and evolved where they could, pivoting to new structural changes, innovative production and evolving their existing work mindset. Those leaders who paid more attention to the mental health and well-being of employees are in a better position to exit the pandemic with an enthusiastic and prepared workforce. But what challenges could those corporate leaders expect to face this year and what are the geopolitical issues that must be navigated this year?

More corporations and multinationals will be caught in the tide of partisan and sensitive geopolitics this year. The growth and energetic impact of an ethically conscious public in some markets, the hyper-politically partisan management of the pandemic in others and more sensitive and fragmented consumer audiences will create headaches for many corporate leaders in their positioning and communications. Leaders are increasingly called on to take a firm stand on a range of issues and to make unambiguous and rapid statements, while shareholders still expect strong financial performance regardless. Brands risk being pulled in multiple directions at once in an attempt to placate divergent stakeholders and audiences, and reputations will be in danger of being swept away in a cascading crisis. The confluence of this powerful and digitally connected audience with a charged political environment in 2022 will put an intense spotlight on corporate leaders, their corporate position and their core values as they attempt a return to growth.

Aside from continuing pressures stemming from 2021’s climate, social and racial justice movements, 2022 is bookended by two major global sporting events with serious geopolitical impact. Beijing hosts the Winter Olympics under the shadow of human rights concerns, worsening geopolitical and diplomatic problems with the West, and increased demands of ‘loyalty’ for corporations wishing to do business in China. The football World Cup in Qatar also takes place with the backdrop of human rights protests, criticism of the treatment of foreign workers and lingering problematic relations with other powers in the region. Brands will come under intense pressure—from external and internal stakeholders—to articulate their position on a range of issues normally beyond their core purpose.

As images of flooding, burning and environmental devastation on our news screens are now the norm, so too are large-scale climate protests on our streets. What was once the preserve of more radical and minority voices, is today fully mainstream in both public sentiment and public policy. 2022 will continue to see a shift from these street protests to more proactive green political and corporate leadership. The shortfalls from government inaction and missed targets from COP26 provides corporates and multinationals with an opportunity to drive momentum on green issues, sustainable practices and deliver meaningful change for consumers.

2022 could be a year of disruption across the technology space with the current big tech giants under threat not only from regulatory clampdowns but also from new disrupters and challengers.

Antitrust issues are coming to a head with China, the United States and Europe pressing forward with vigor. Brussels is seeking to reshape the regulatory landscape for tech with the Digital Markets Act and the Digital Services Act, while the UK is once again debating how to properly regulate social media companies, video sharing sites and search engines under one legislative roof through the Online Safety Bill. Gig economy giants will reshape and reposition after various legal victories favouring greater worker friendly rights, but we will also see the threat of new, more aggressive start-ups challenging the established names.

In cybersecurity we may see an interesting reaction from governments to technological developments in the spyware space and the consequential human rights impact. Greater public awareness of China’s surveillance apparatus in Xinjiang, targeting the Muslim Uyghur population, has generated international political and corporate criticism. Late last year, the U.S. Department of Commerce’s listing of several technology firms from Israel, Russia and China due to human rights and cybersecurity concerns was a significant moment and could spark tit-for-tat action in response. Or such a move could begin a search amongst governments for common ground in bringing some order to the ‘wild west’ of the privatised surveillance sector.

Lastly, it could be a perfect year for web3.0 to break into the mainstream. Leaps in technology have generated a wide range of opportunities for innovative businesses – greater decentralization; ‘metaverses’ and immersive environments; NFTs; diversification of cryptocurrencies; advanced augmented realities will all come under a focused spotlight from consumers and regulators alike.

Volatility is the only certainty

The global economy will likely continue its highly volatile emergence from COVID-19 in 2022. Swings in stock markets, weaker manufacturing and industrial output, lingering supply chain problems and soaring inflation in many economies will create pressures for ordinary citizens trying to stabilise and recover from the last two years. Towards the end of this year and thanks to successive vaccine programs, there may be light at the end of the tunnel but the pandemic and new variants could surprise at short notice causing major economic disruption in the coming months.

In the working world, many industries have evolved and settled into a hybrid working pattern, creating efficiencies and new innovations along the way. It will be difficult to return to pre-COVID systems, if at all, and conversations must be had regarding the desirability of completely undoing two years of innovative development. Office workers are craving some return to the office atmosphere, but in the ‘war for talent’, employers must be cognizant that flexibility in working-from-home and remote working is today just as normalised, and just as expected, as other long established corporate benefits.

Billionaires in space, polarization on earth

The pandemic has also exacerbated social and economic inequalities across the world. It seems there are as many billionaires with personalised space programs as there are governments, but millions of ordinary citizens will still struggle financially. Record high inflation, the soaring cost of living, a housing crisis impacting both the Millennial and Gen Z populations, on top of a pandemic driven health and mental health crisis, point to a year of stress and difficulty for many.

These pressures feed into the polarization happening across many countries and 2022 will be a year where difficult economic pressures impact already tense social and political cohesion. The rising cost of living, the threat of silver tongued populists, authoritarian inclinations, and wider inequalities could well affect the electoral outcomes in France, Brazil, Hungary, the Philippines and the United States this year. 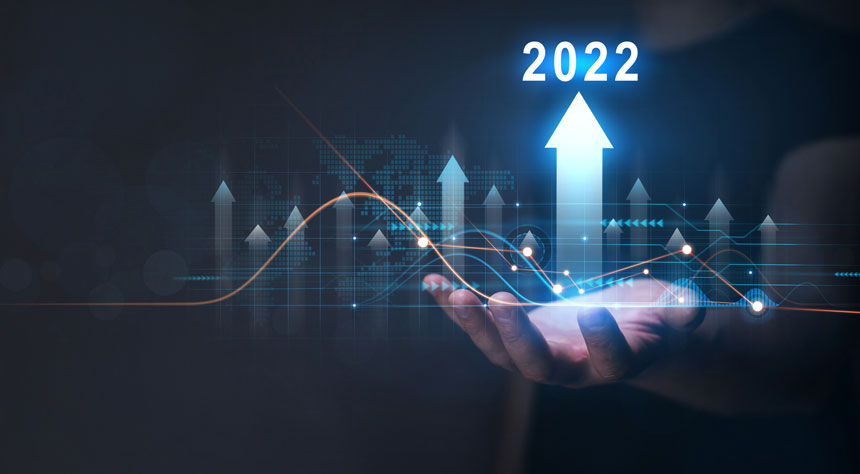