The recently introduced Republican ACA repeal and replace legislation, known as the American Health Care Act, is far from a final product. Indeed, the process the bill is undergoing is going to be long, complicated and controversial. The bill is subject to change before the end of the lawmaking process is complete. With that in mind, it’s important to keep three things in mind for the duration of this process.

In recent years, regular order in congressional lawmaking has become the exception, not the rule. The good news is that Republicans appear to be using regular order for the American Health Care Act. Committees have begun to work their will on the legislation, and will eventually bring the legislation to the House floor, allowing the entire body to impact the bill. This process is one that we haven’t seen for years. Regardless of your position on the AHCA, engaging in regular order means that government is working, so this is good news.

2. The process, however, is long, complex and can be controversial

Guiding the bill through the legislative process could easily take three to six months, or longer, but that’s okay. As we know, the bill has to go through several committees. In the House it’s begun the process. the Ways and Means Committee has already considered and passed the bill and the Energy and Commerce Committee is nearly finished with its work.  once this is complete, the Rules Committee will meld the bill into one and consider member requests to offer amendments on the House floor, and it will determine how much time there will be for debate.  It will be up to the Speaker to schedule the exact timing of floor consideration. At that point, it will still need to get through a similar process in the Senate.

3. It’s still unclear that a bill will end up on President Trump’s desk

It’s important, for now, to keep in mind that it’s still unclear whether or not we’ll see final legislation on the President’s desk. As is often the case with major legislation, the AHCA is controversial, and just between the parties but also within the Republican parties. If a vote were held today, it likely would not pass, but given the long road the bill still has to travel, this calculation will change.  Given there is significant Republican opposition in both the House and Senate, and knowing the odds on passage will change every day, smart money say to give it a 50/50 chance that a bill will be presented to the President for his signature.  But don’t bet the farm on this calculation. Reassess regularly.

In the end, having Congress resume regular order is a healthy and productive thing. But don’t expect any major progress on the bill to happen overnight, and don’t expect progress to be smooth and uneventful.  Regular order can, and often is, long, complex and controversial. Expect many twists to the tale and many unexpected curves both good and bad. And that why it is still uncertain if anything will end up in the Oval Office.

For more information, watch a video on this topic below, or by clicking here. 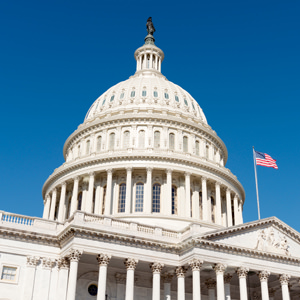