When Theresa May unexpectedly called a general election on 18 April, the end of the story looked clear – a massive Conservative lead in opinion polls was likely to translate into a massive parliamentary majority, which she could then use for good or ill. In that situation, the 18 MPs elected by Northern Ireland to the 651-strong House of Commons, none of whom sit with any of the main parties, would have been interested onlookers – but no more than that.

Over the course of the campaign, however, the numbers have tightened. Some polls suggest that we may even be heading for a hung parliament. Whether or not that happens, it now looks entirely possible that there may be circumstances in which the new government needs a few more numbers to buttress its majority on critical votes.

The 18 Northern Ireland seats are currently held by four parties and an independent MP. Sinn Féin won four of them at the last election, and have a chance of gains – their vote increased considerably in this year’s Assembly election, to the point where they should expect to win back Fermanagh and South Tyrone, which they lost last time, and have other chances in South Down, Foyle and more distantly in North Belfast. However, Sinn Féin’s MPs do not take their seats at Westminster (a policy dating back to the party’s foundation in 1908), so those four to seven seats will actually have the effect of reducing the number of MPs needed for an overall majority in the Commons.

The Democratic Unionist Party hold eight of Northern Ireland’s seats – the same number that the Liberal Democrats won in the rest of the country in 2015. They face challenges in East and North Belfast, but have opportunities for gains in South Belfast and South Antrim. If invited to co-operate with a government whose majority is fragile (or non-existent), their price will not be extortionate; but it won’t be insignificant either.

The nationalist Social Democratic and Labour Party hold three seats, all of which are under threat – South Belfast from the DUP, South Down and Foyle from Sinn Féin. They generally take the Labour whip at Westminster, so on election night they should be tallied in the Corbyn column.

The Ulster Unionist Party, which ran Northern Ireland as a single-party state for fifty years in the twentieth century, has fallen on hard times and now holds only two seats at Westminster. Both are vulnerable, Fermanagh and South Tyrone to Sinn Féin and South Antrim to the DUP, and I don’t see much chance of gains. Even if they return to the Commons, it’s difficult to see them doing other than partnering with the DUP in any arrangement with a new government.

Lady Sylvia Hermon, who represents North Down, was the only independent MP elected in the whole of the United Kingdom in 2015. She is likely to retain her seat against a DUP challenge, and will continue to reflect a centrist (but not liberal) perspective in her votes.

Finally, the leader of the non-aligned Alliance Party of Northern Ireland, Naomi Long, has a chance of regaining the East Belfast seat that she lost to the DUP in 2015. In her previous term in Westminster, during the 2010-2015 coalition, she avoided the contamination of being too closely associated with the Liberal Democrats. It’s likely that in opposition she would align with them more closely than last time.

The key issues in Northern Ireland at the moment are the restoration of devolved government after the crisis which triggered the March 2017 Assembly election, the legacy of the past and Brexit. On all three, the challenge for Theresa May (or, I suppose, Jeremy Corbyn) will be to instil confidence on all sides.

The Northern Ireland power-sharing government collapsed in January, with the resignation of Deputy First Minister Martin McGuinness over a series of issues culminating in the revelation that a government funding scheme for renewable energy had been seriously mismanaged. The main responsibility for restoring it lies of course with the parties themselves, particularly the DUP and Sinn Féin. But the British government will have to find and implement stop-gap solutions, including a temporary partial or total removal of Northern Ireland’s devolved governing powers, if the parties do not meet the deadline for reaching agreement by the end of June. How the government handles this situation will be critical for any chance of making a deal with any of the Northern Irish parties.

One of the key issues at stake, and the one where Westminster has perhaps the most direct input, is the question of legacy investigations into violence during the 1968-98 Troubles which had not previously been resolved. Transitional justice is a delicate issue in any post-conflict situation, with a difficult mix of political interests, legal facts and human rights concerns to be resolved. In this case in particular, it is felt by some that the police and army have not so far been sufficiently held to account for deaths caused by them during the Troubles; others resist any opening of this issue. The outgoing Secretary of State for Northern Ireland leaned rather heavily to the latter option, which is natural for a Conservative but unwise for a mediator. His successor’s position will have an immediate effect on the likelihood of a political agreement between the Northern Irish parties, and therefore also an effect on the Commons arithmetic.

Brexit is going to affect Northern Ireland very profoundly; it will have the UK’s only land border with the remaining EU after 2019. The EU’s approach here is being largely dictated by the Irish government, which has played what was anyway a strong position well with the other 26 member states. Ireland’s new leader, Leo Varadkar, made a point of advocating that Northern Ireland should retain some aspects of EU membership separately from the rest of the UK before he came to power; that may prove easier said than done now once he assumes power in the next few days.

Although both the EU and the UK profess an interest in seeing as little change on the Irish border as possible, it’s rather difficult to reconcile this with the mantra of “Taking Back Control” which inspired the Brexit campaign. How precisely this is handled could have significant effects on support for a United Ireland within the Northern Irish voting public. There are signs that such sentiment has already increased significantly, though not yet close to a majority. A botched Brexit, combined with a good offer from Ireland and the EU, could shift the numbers further. However, that is a matter for another day. 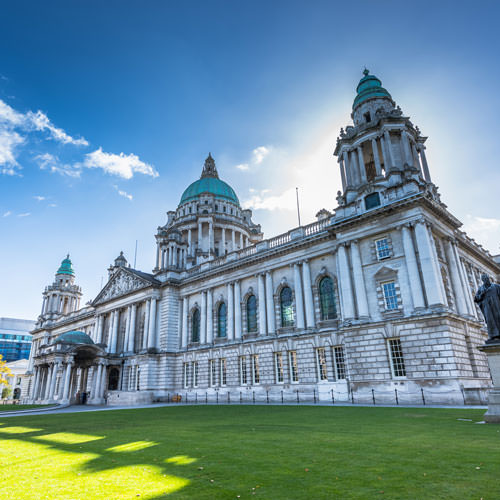