What is the current situation?

The United Kingdom formally left the EU on 31 January 2020. However, this was only an “institutional Brexit,” since the UK must comply with EU laws and regulations until the end of 2020, during the so called “transition period.”

Negotiating the terms of departure from the EU was the easy part. Still to be negotiated is the much more complex agreement on the future relationship between the two entities. This will govern not only trade between the UK and its EU partners, but also movement of people and of capital, citizens’ rights, border management (particularly complicated at the land borders on the island of Ireland and at Gibraltar), law enforcement and judicial cooperation, foreign and defence policies, and more.

The EU envisaged this process taking at least two years: if the first version of the Withdrawal Agreement had been approved by the UK parliament in January or March 2019, both sides would have had more time to make a deal on their future relations. But the UK’s newly resurgent Conservative government—flush with a December 2019 election victory which gave it a comfortable parliamentary majority and made possible the late ratification of the Withdrawal agreement—insists that the “transition period” between the two must be completed by 31 December of this year.

What has COVID-19 changed?

The impact of the COVID-19 pandemic has made agreement on the future relationship by December 2020 quite unrealistic.

The UK’s economic health, already forecast to be heavily impacted by Brexit, has been knocked deeply by health and welfare crises for which the country was largely unprepared. Therefore, the UK’s financial “rescue package” for its economy had to be a substantially larger percentage of the nation’s GDP than that of any EU member state; and its mortality rate is forecast to be far higher. While EU countries will also suffer economically from Brexit and the pandemic, the damage from both seems certain to be far less severe compared to what the UK may experience.

Ironically and regrettably, both the EU’s leading Brexit negotiator and the UK’s prime minister have been among the early high-profile victims of the virus itself. But even without this handicap, COVID-19 restrictions have blighted negotiations between the EU and its insular neighbour. Talks continue, but only by videoconference. While the UK remains adamant that the transition period will end in December of this year, and has passed a law enshrining this in statute, the chance of reaching an agreement on the future relationship within the timescale sought by London is now considered by many on the EU side to be impossible. The idea entertained by some in London that excluding an extension would force the EU side to be more flexible with the UK, so as to avoid a “no deal,” is perceived in Brussels as a misleading tactic.

Can the December 2020 deadline be extended and when?

During the transition period, the UK maintains its rights and obligations stemming from EU law. In other words, in principle at least, “things remain the same.” The transition period can, however, be extended by mutual agreement, by up to two years; the UK-EU Withdrawal agreement provides for such an extension but, for it to happen, UK authorities have to make a formal request to the EU.

This request must be made by 30 June 2020. It is widely accepted in Brussels and EU national capitals that an ulterior UK request for extension could also be considered positively—even if it would create legal and economic uncertainties—but would need to be made, at the latest, before the October 2020 European Council (Heads of State and Government) Meeting.

What stage have the negotiators reached?

Negotiations on the new partnership began on 2 March. They consist of 11 separate negotiating tables, running concurrently:

Five negotiating rounds were scheduled in Brussels and London between March and June 2020, by which time it was hoped to reach an outline agreement. However, the second round, scheduled for 18-20 March, was postponed in view of the COVID-19 pandemic and has resumed only partially this week.

In parallel, there is also work on the implementation and application of the Withdrawal Agreement, on which the two sides first met formally on 30 March in the framework of the “EU-UK Joint Committee,” and on which progress seems beset with difficulty, not least relating to the border between Northern Ireland and the Republic of Ireland.

Are the two sides far apart?

A high degree of mutual understanding exists between the negotiating teams about the positions of each partner. In some areas, such as energy and transport, few difficulties are expected. However, in the areas of judicial cooperation and law enforcement, trade and the concept of a “level playing field” for the future, positions are widely divergent. Success in reaching an agreement is by no means guaranteed.

A bilateral “stocktaking” exercise is planned for June 2020 to allow both sides to identify the progress made and what can realistically be achieved by the end of 2020. A UK-EU summit is to take place before the European Council meeting on the 18th and 19th of June, so as to determine on what priorities the ongoing negotiations should focus on, in perspective of the December 2020 deadline.

What does this mean for business?

Most medium-sized and large businesses were already braced for Brexit but expected a negotiated settlement between the two sides. Few had predicted fallout of this global scale caused by a pandemic. The combined impact of the two spells not only a deep economic recession, but a prolonged period of uncertainty about the UK’s intentions.

While opinion polls show a clear majority of UK citizens favour putting Brexit on hold by extending the transition period, the UK’s caretaker Prime Minister is arguably more opposed to this than PM Johnson himself. The chances of the UK “crashing out” of the EU without agreement appear to be rising. Also possible—and believed by some to be London’s preference—is a non-comprehensive EU-UK trade agreement, which would regulate only parts of the business environment and would enter into force in January 2021 on a temporary basis. Precisely which sectors would be covered, or not covered, by such an agreement would be a matter for negotiation, not only between the governments, but also with the business community. 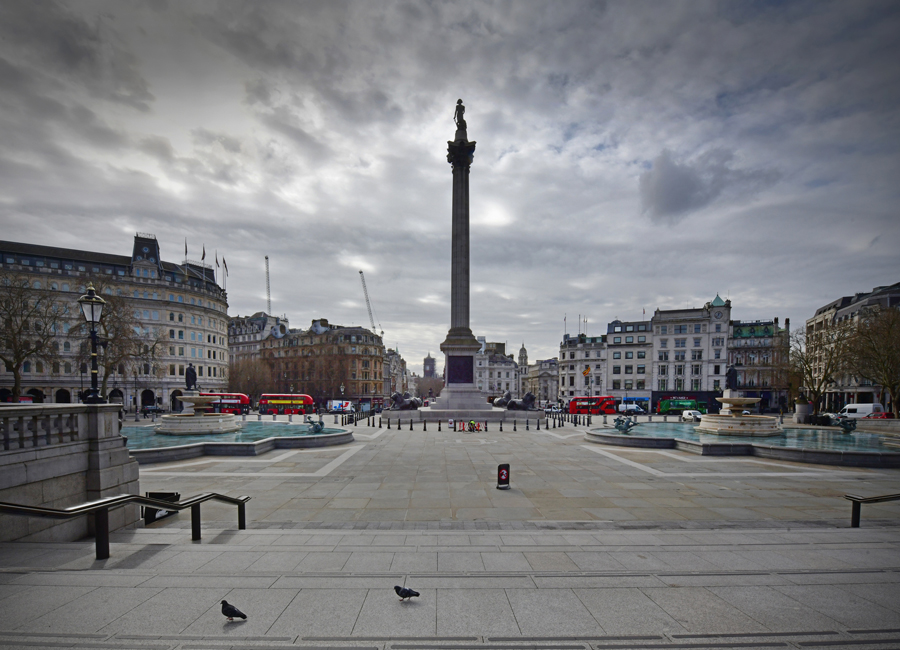