The election in Northern Ireland was as dramatic as elsewhere in the UK, with five of the 18 seats changing hands and Sinn Féin and the DUP taking 17 of them (and the sole other survivor, Independent MP Lady Sylvia Hermon, fighting off the DUP by only a slim margin).

Both of the large parties tapped into parts of the electorate who had not previously voted, or at least not for a long time. The DUP also squeezed the smaller Unionist parties. For both the DUP and Sinn Féin, it was their best vote ever. For the junior UUP and SDLP, it was their worst.

So, what difference will the Sinn Féin’s 7 MPs and the DUP’s 10 make to the Commons arithmetic? The Sinn Féin case is easier. The party was founded in 1908 precisely on a policy of standing for but not sitting in Westminster. Some wishful thinkers have been speculating that SF’s price to U-turn on 109 years of electoral fundamentalism might be one that Labour can meet. It is not. No matter how warm their past relations with Jeremy Corbyn, they are not going to abandon the core principle after which the party is named for the sake of supporting a minority Labour administration in a few votes in a short-lived parliament.

That makes the effective number needed for a majority in the House of Commons 322 rather than 326. The Conservatives alone do not have it; the Conservatives plus the DUP’s 10 are just above. What will the DUP ask for?

I have seen wild speculation that the DUP will now abandon the restoration of a devolved government in Northern Ireland in return for the position of Secretary of State and continued direct rule. This completely misunderstands where the DUP are coming from. They have been a pro-devolution party since their foundation. Any conversation you have with a DUP member these days starts with them telling you about the need to restore a devolved government. Taking power in Westminster, ie sharing it with the Conservatives, does not interest them. Also, they observed and learned from the travails of the Lib Dems in 2010-15 and are not going to be anyone’s junior patsy.

Rather than speculating wildly, one can actually read the DUP’s policy concerns in their manifesto, and they are mostly issues where an inventive Conservative (or for that matter Labour) administration could accommodate them in return for support on crucial votes. They want to keep the triple lock on pensions, keep universal winter fuel allowance, abolish airline passenger duty, cut VAT for Northern Ireland tourism businesses, abolish the TV licence fee and look at subsidising ferry prices between Northern Ireland and Scotland. All of these would cost money but most would actually be popular in England, Scotland and Wales as well as Northern Ireland.

However, that is not the full story. The DUP’s key concern is the effect of Brexit on the Irish border. Although the party is very pro-Brexit, they none the less want to allow travel and trade between the two parts of Ireland to continue unimpeded. In my own conversations with the DUP, they have pointed out that the British government, the Irish government and the EU have all committed to this goal; what, therefore is there to worry about? “Implementation” is my answer; it may prove very difficult in practice to bring about a state of affairs that everyone wants in theory, and this becomes a very difficult deliverable from Theresa May’s Brexit negotiators. (Of course, in practice the EU, and therefore the Irish government, will be in the driving seat here.)

The other question is the continued low-level political crisis in Northern Ireland, which can only be resolved by encouraging the DUP and Sinn Féin to come to an agreement. A British government which is dependent on the DUP for its survival on a day-to-day basis is not going to be in a good position to push or even suggest the uncomfortable compromises that both sides will need to make to bring back local control. At the same time, pity the poor Secretary of State for Northern Ireland, who will be beholden both to Theresa May in Downing Street and to Arlene Foster in Fermanagh for his (or her) political longevity. The crisis in Northern Ireland is a serious one, and the election result has set it back by months if not years.

The election which was supposed to produce a strong and stable government has ended up potentially destabilising the delicate situation in Ireland by forcing the Conservatives into informal coalition with their Irish allies. When Asquith did the same in 1910, the result was the end of his Liberal Party as a serious national force for decades. We live in interesting times. 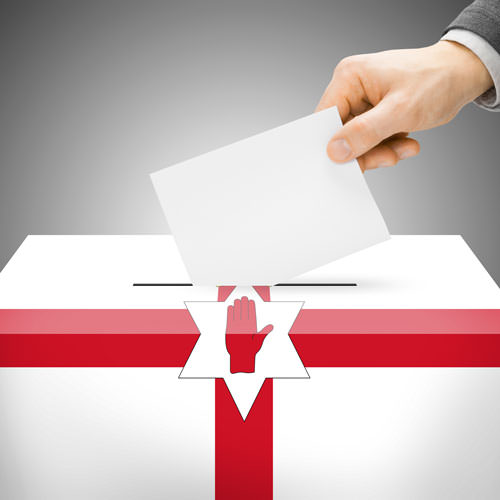