In light of the ‘Dieselgate’ scandal, concerns over the dual quality of products in some EU member states and the growth of e-commerce, as part of its consumer law overhaul, today the European Commission presented its ‘New Deal for Consumers’ package. This initiative feeds into the Commission’s overall ambition to harmonise specific consumer rights provisions across sectors and member states and ensure their uniform application, as underlined by the recent entry into force of the new Consumer Protection Cooperation Regulation (CPCR). The application of EU consumer law currently varies significantly across Europe. If approved, the ‘New Deal for Consumers’, set to cover remedies, penalties, transparency requirements and collective redress, will enhance compliance with EU laws while updating consumer protection measures for the digital era.

In early 2016, the European Commission launched an evaluation (Fitness Check) of seven EU consumer protection directives to assess whether they were still fit for purpose and adapted to a fast-changing digital environment. The outcome of these evaluations resulted in the introduction of targeted amendments to consumer protection directives covering unfair commercial practices, consumer rights, unfair contract terms and price indication.

The ‘New Deal for Consumers’ package also contains a proposal to repeal and replace the Injunctions Directive, to apply collective consumer redress measures in all EU member states for both domestic and cross-border infringements. Currently, only nineteen out of twenty-eight member states allow for collective redress actions.

Ahead of presenting this package, the Commission had already made moves to modernise consumer rules through two legislative proposals focused on contract law, regarding contracts for sales of goods and the supply of digital content. These two draft legislative proposals introduce new principles such as extending consumers’ rights to cover digital content or services provided against users’ personal data rather than money. With the presentation of the ‘New Deal for Consumers’ package, the Commission’s objective is to further include this principle in existing consumer law, specifically the Consumer Rights Directive, as the economic value of users’ personal data and sensitivity around its use increases.

While the contracts for sales of goods and supply of digital content proposals modernise solely the ‘contracts’ side of a commercial exchange between a trader and a buyer, the ‘New Deal’ package fills in the gap by introducing a set of key amendments to national consumer law, notably on penalties, remedies against unfair commercial practices, online marketplace transparency, rights to consumers providing their personal data in exchange for a service, a provision on dual quality products and consumer redress actions.

Regarding the harmonisation and size of penalties in case of widespread breaches, the Commission outlines a new measurement methodology which could lead to the imposition of fines amounting to at least 4% of the firm’s combined turnover in member states concerned. As such, the disparate imposition of fairly minimal fines against Volkswagen by some member states in the wake of the ‘Dieselgate’ scandal in 2015 would be avoided and the same dissuasive sanctions applied in all member states. Additionally, on individual remedies the package would introduce a right to contract termination and compensation for damages for consumers harmed by unfair commercial practices, such as aggressive marketing.

A further pillar likely to impact businesses across sectors is the requirement for increased transparency on online marketplaces. Through these new provisions, companies would need to ensure that consumers easily understand from which firm they are buying a good or service, to clarify who is liable in case of an issue arises. It should be noted that when buying from a private individual, consumer law does not apply. There would also be transparency obligations regarding the ranking of different offers and on whether consumer protection rules apply to a particular purchase.

This package will be one of the final significant legislative proposals by this Commission ahead of the European Parliament elections in May 2019. As a reform of rules likely to visibly impact European citizens, one can draw parallels between this package and the presentation of the proposal to abolish roaming charges before the 2009 Parliamentary elections. While that proposal was subsequently heavily watered down by the ensuing European Parliament, its presentation ahead of the elections did muster support for what was perceived to be a ‘win’ for consumers. This leads to the inevitable question, as leading companies are being criticised for not complying with EU consumer rules, is the Commission trying to capitalise on these issues with citizens once again or is the timing merely coincidental? Either way, reforming consumer laws has consistently proven to be difficult due to the conflicting political stances of the actors involved. Considering the deepening of consumer protection provisions in this package, we can expect that it may be a while before the European Parliament and the EU member states shake hands on this particular deal. 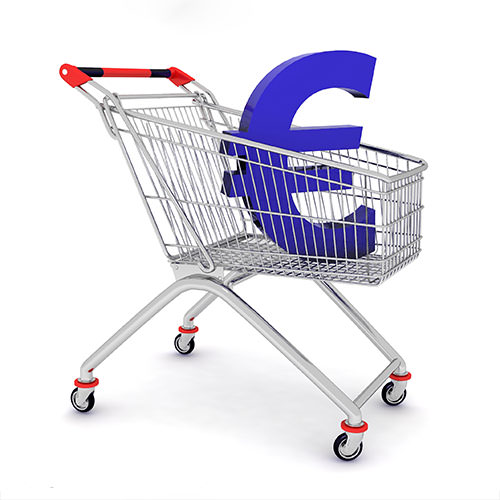