Since 2012, President Xi has carved a path towards “the revitalization of the Chinese nation,” promising economic and legal restructuring along the way. It makes sense then that the recently released Proposal on Formulating the Thirteenth Five-Year Plan (2016-2020) on National Economic and Social Development (13th FYP Proposal) reaffirms his policy vision for China. The document, released shortly after China’s annual Party meeting, the Fifth Plenum, provides the outlines for the 13th Five-Year Plan (13th FYP). From what is spelled out in the proposal’s long list of aspirations, Xi is still very much committed to the broad strokes of reforms painted in previous policy documents. In fact, almost all of the proposals in the document are either existing policies or a natural expansion of the reform goals laid out in the landmark policy-setting meeting, the Third Plenum, two years ago. The 13th FYP Proposal packages these into one overarching blueprint, reiterating policies without providing any further clarity.

The 13th FYP will be the first five-year plan under President Xi’s leadership, and the articulation of China’s vision for its future. As such, foreign business must become fluent not just in the substance of the plan, but in its language as well, in order to argue for how they fit into China today.

The Five Tenets of the 13th FYP

The 13th FYP Proposal contains five main principles underpinning the policies for China’s future development. None of these ideas are new, but have been put into one place for the first time. They are to work in tandem to achieve the overall goal of creating “a moderately prosperous society.” The first principle is innovation, primarily as a driver of economic development and to shift China’s economic structure into a higher-quality growth pattern. The document pledges openness, stating that China should utilize both domestic and global markets and be more active in global governance. Green development means protecting the environment and pursuing environmentally friendly economic growth. Coordination to ensure balanced development among rural and urban areas, and across different industries is also emphasized. Finally, China wants to ensure that China’s prosperity is shared among the whole population with inclusive development that expands social services. Fifty practical items, including specific strategies, plans and policies are laid out in the 13th FYP Proposal embodying these development principles.

The first component of China’s vocabulary of reform is ensuring the economy stays on track. China’s old model of economic growth is out of steam, and the “new normal” phase of development is making a shift from investment-driven to consumption-led growth. This means finding new drivers of growth by promoting innovation and entrepreneurship, while simultaneously creating an environment conducive to producing Chinese national champions. The 13th FYP Proposal call for “medium to high” growth, with President Xi stating that China’s annual GDP growth rate should be no less than 6.5 percent over the next five years.

To meet this goal, one of China’s first tactics is to continue with the incremental opening up and marketization set in motion with the Third Plenum’s pledge to allow the market to play a decisive role. The 13th FYP Proposal calls for the government to play a smaller role in commodities and services pricing, and for full convertibility of China’s currency, the yuan, on the capital account by 2020. China will also strive to adopt a negative list approach to managing foreign investment, and continue with SOE reform through a “mixed ownership model.”

In addition to market privatization, China will employ a variety of strategies aimed at transforming from a big industrial country into a powerful industrial country meaning new sources of growth combined with domestic protectionism. These plans, reiterated in the proposal, include Internet Plus, which aims to integrate the Internet with traditional industry, and Made in China 2025, a program for industrial upgrading and intelligent manufacturing. These strategies are nothing new – they are continuations of China’s previous industrial policies, including Strategic Emerging Industries (SEIs), Megaprojects and the myriad of policies that called for indigenous innovation.

The proposal emphasizes the need to create a policy environment that can foster homegrown entrepreneurship, including increased investment in research and development (R&D). The quest for innovation will be across the board from enterprises to government regulations. Development clusters such as the Beijing-Tianjin-Hebei area, and the Yangtze River Delta and Pearl River Delta, as well as the countries in China’s Eurasian expansion plan “the Belt and Road” are also meant to serve as growth hubs.

Development for the People, by the People and Shared by the Entire Population

Growth for growth’s sake is not enough. “Inclusive growth” was a key theme of the 12th FYP (2011-2015) and continues to be a main priority for Chinese leaders who are faced with a barrage of problems that are already impacting the quality of life of Chinese citizens. These include a widening income gap, a growing elderly population and a deteriorating natural environment.

During the 13th FYP period (2016-2020), the Chinese government aims to bring all rural residents out of poverty, while also promising higher quality education, healthcare and public services for all citizens. The proposal hints at further reform of China’s household registration (hukou) system, and states that urban welfare services will be extended to all residents. Urbanization will be an integral part of spurring consumption and lessening the disparity between urban and rural residents. The proposal says that the government will target an urbanization rate of 60 percent by 2020, up from the current 55 percent. Notably, the government recently loosened the one-child policy allowing citizens to have a second child, a move to alleviate China’s growing demographics imbalance. At the same time, the government also announced that social security will be extended to the entire elderly population.

The proposal also builds on momentum in the area of environmental protection, with oversight mechanisms such as a water management system, an emission permit system and an outright ban on commercial deforestation. The proposal emphasizes the need to modernize China’s agriculture in an environmentally friendly way. There is continued emphasis on green development and creating an ecological civilization which includes promoting a low-carbon economic system and performance indicators to wean government officials off of the growth-at-all-costs mindset.

In a written interview during his first state visit to the U.S. in September 2015, President Xi described the Chinese Dream as a dream for the “great rejuvenation of the Chinese nation.” The text of the 13th FYP Proposal opens and closes with the ambition of creating a “moderately prosperous society,” by doubling GDP per capita by 2020 compared to 2010 levels, a stepping stone on the way to achieving “national revival” by 2049.

As China takes steps onto the world stage, it is also making soft power attempts such as this animation which seeks to explain China’s five-year planning process to a Western audience. Indeed, the Chinese Dream ultimately aims at vaulting the country to the center stage of international affairs and back to its rightful place in the global order. However, tucked into this plan for global ascension is still the hard-nosed practical focus on getting China’s domestic house in order to counter slowing economic growth and ensure a content population.

While providing policy continuity, the proposal does not provide clarity on the operating environment for multinationals in China. China is trying to let the market play a decisive role while also pursuing heavy-handed industrial policy goals. Xi promised that China remains open to foreign business and investment, yet onerous security laws and a renewed devotion to bolstering domestic industry have flourished. Innovation and entrepreneurship are meant to be the key to future growth, yet information control and ideological rhetoric are ramping up.

Many are looking to the 13th FYP to determine whether Xi is delivering on his promises of reform. The proposal reiterates commitments to reform, but also confirms that reforms are first and foremost to benefit China. Foreign business has repeatedly learned that the promises of reform from the Third and Fourth Plenums, and widely anticipated vehicles for opening up such as free trade zones, are not guaranteed. The roll out of reforms in China will continue to be incremental, introduced on the party’s own terms, and with hard to predict implementation at local levels.

Foreign business must therefore view the 13th Five-Year Plan as a topline summary of targets that packages existing policies and goals but does not provide any guarantees. While the 13th FYP is essentially a wish list, it is still an invaluable reference for multinationals as they seek to align with China’s policy direction, understand government motivations and develop business strategies.

Today’s China is a different place for multinational companies. The contradictions for outsiders are perplexing, but for Xi they make perfect sense. They are critical to realizing the China Dream and ensuring that the Communist Party of China is around to take credit for delivering it. 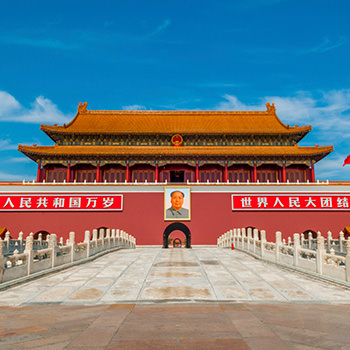