The most significant outcome of the U.S.-China phase one agreement signed on January 15 is the $200 billion dollars in extra purchases of U.S. goods and services—a full two-thirds increase from 2017 levels in just two years.

Beyond trade, the agreement addresses some—but not all—of the problematic structural issues that formed the basis of the U.S. Trade Representative’s Section 301 investigation and report in March 2018, including commitments on intellectual property protection, monetary policy, tech transfer and market access.

Below is a look back at some of these key issues two years ago before the first tariffs were imposed compared to where we are today. While some areas of the deal suggest significant shifts in Chinese economic practices, others see little change from 2018.

In the run-up to the trade war, China’s IP environment had been improving mainly to the growing demand for better protection by Chinese companies. As early as 2014, the government had opened specialized IP courts and released an action plan to turn China into a “strong IP nation.” Foreign companies on paper were doing better in Chinese courts, although the sample size remained relatively small. Nonetheless, widespread IP infringement, lack of enforcement and onerous burdens of proof continued to be of general concern.

The phase one agreement contains a range of commitments across trademark, trade secrets and counterfeiting. There are also specific provisions to protect pharmaceutical IP and harsher penalties for IP infringement and theft. Significant changes in the administrative process are also included, such as a shift in the burden of proof onto the accused party in civil cases, as well as measures to simplify the transfer of enforcement from administrative to criminal authorities.

The provisions included in the phase one deal are beyond what would be expected from China’s own efforts to improve IP protection. If implemented and enforced as written through an action plan expected 30 days after the deal’s entering into force, this marks a critical moment in Beijing’s IP regime and another step in achieving the national goal of fostering an innovative economy.

The opening of China’s financial sector has been a long-term goal for the Chinese government. China’s central bank has released an incremental number of policies to open up the sector. In November 2017, the government announced the removal of limits on foreign ownership of banks and allowed foreign controlling stakes of securities firms and fund houses by raising ownership caps to 51% from 49% (and scrapped after three years). Additional openings would come incrementally over the next two years.

The phase one deal includes across-the-board opening of financial services to foreign companies, including banking, credit rating, e-payments, asset management, insurance and securities firms. The commitments in the financial sector are in line with previous government announcements that ownership limits would be scrapped in 2020.

Change: Significant, but in line with China’s expected financial reforms.

The opening of China’s financial sector is a long-term goal of the People’s Bank of China. While the phase one deal likely accelerated aspects of this opening up, providing immediate opportunities for global financial institutions, many areas of the market—including the payments sector—have been consolidated by Chinese firms.

China has always disagreed with accusation regarding the practice of forced technology transfer as a condition for market access or administrative approvals, maintaining such stipulations don’t exist in government regulations. In March 2019, the government formally passed a new Foreign Investment Law, specifically prohibiting forced technology transfers by administrative measures.

China has strengthened its commitment to banning forced technology transfers. However, the U.S. and European business communities have long stated that technology transfer requirements, though not always in writing, are often simply the cost of doing business in China. The Foreign Investment Law came into force on January 1, 2020, and its implementation is highly awaited.

U.S. President Donald Trump has long accused China of deliberately devaluing the renminbi to boost exports. During the 2016 presidential campaign, Trump pledged to label Beijing a currency manipulator on his first day in office. This did not happen officially by the U.S. Department of the Treasury until August 2019, the same month that the yuan broke past the highly symbolic mark of 7 to the U.S. Dollar.

China has denied U.S. accusations and maintains that the renminbi’s weakening was related to investors’ concerns about the escalating trade war. This assertion was supported by the International Monetary Fund, which confirmed that the currency was valued fairly and determined by market forces.

The interim trade agreement reaffirms commitments by both countries not to devalue their currencies to benefit exports and to disclose their foreign exchanges. Unresolved issues are to be referred to the International Monetary Fund. China’s designation as a currency manipulator was finally retracted by the Trump administration ahead of the trade agreement signing.

China’s commitment to not devalue its currency is consistent with existing policy. Many have noted that China has long used its stash of foreign reserves to intervene precisely against market pressures for a weaker yuan. It remains unclear to what extent China would intervene if market pressures further evolve and push the yuan downwards to fend off renewed accusations of currency manipulation. 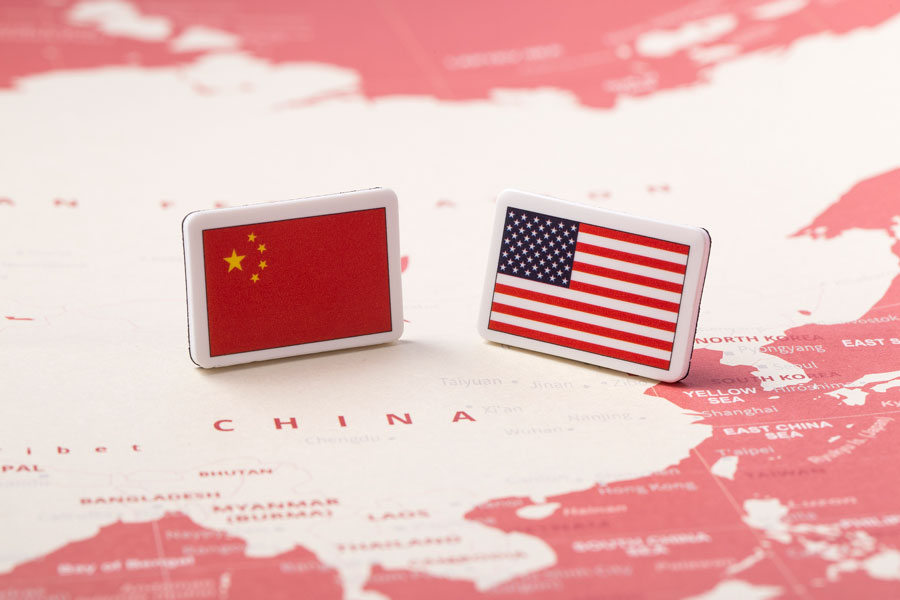