Today, we are seeing more and more companies take public positions on important social and political issues. While companies have historically been apolitical for fear of public backlash or a simple lack of desire to wade into difficult territory consumers, employees and other important audiences increasingly expect their presence in the public arena, viewing large corporations as potential stand-ins for the government. This is especially true among younger audiences, an increasingly business-critical demographic.

While expectations are high, companies and their leaders need to be careful about what positions they adopt and how they approach them. Choosing relevant, timely and authentic causes is critical for companies looking to engage in public discussions. While companies can gain both financially and reputationally from sponsoring an important cause, there are serious risks to choosing a cause unwisely. Companies must think critically about what issues are relevant and authentic to their brand, and how they can contribute meaningfully and purposefully to that issue.

Consider the social risks associated with your company

Every company deals with social risk and potential public backlash for their work. For some, that may concern sustainability and environmental impact, while for others, it could be issues surrounding labor practices or hiring standards. These risks are magnified as companies grow—their impact scales proportionally and expectations rise. Companies and their leaders need to critically think about the ways in which their company fits into a broader picture of social and political factors, and how they can best mitigate problems.

As my friend and colleague Barie Carmichael details in her excellent book Reset, Waste Management—the business responsible for collecting and disposing of communities’ trash—pioneered industry sustainability efforts. The accumulation of trash in landfills imposed an increasingly negative impact on both the environment and on the health of communities surrounding them as its business scaled. Although Waste Management is not responsible for the production of trash, it recognized that as an active participant in waste disposal, it had to respond to public dissatisfaction with the scale and impact of trash. Waste Management began adapting its business model to meet consumer expectations by experimenting with natural gas and sustainable technology, remodeling the landfill system and educating communities on how to recycle. The reputational and business benefits are compelling and easy to quantify.

There are hundreds of worthy social and political causes, and companies can be tempted to wade into the most pressing issues of the moment. However, relevance is key, and not every issue is pertinent to every company. Companies and their leaders need to examine consumers’ overall interests and expectations, then identify which support their purpose and brand, and which are irrelevant. From there, companies and their leaders need to decide how they can actively participate in public discourse and take meaningful long-term action that further their causes. Here, both authenticity and relevance are critical factors that differentiate a successful campaign from an unsuccessful one.

Consider the issue of gun control. In the wake of multiple high-profile mass shootings over the past few years, many companies have publicly engaged in discourse surrounding gun regulation. Walmart, an APCO client, took a public stand on the issue this past fall when it stopped the sale of ammunition for certain assault rifles and requested that patrons not openly carry weapons. As a vendor of ammunition and the site of the El Paso shooting in August 2019, Walmart was well-positioned to take a stance on the question of gun control.

In contrast, when United and Delta both stopped offering loyalty benefits to NRA members following the 2018 Parkland shooting, they received immediate public backlash. Many fliers felt that this measure unfairly profiled all gun owners as posing safety risks to their communities. Moreover, because gun safety is largely unrelated to air travel, many customers criticized the airlines’ attempt to participate in a conversation that was not relevant to their line of work.

Once a company has isolated an issue relevant to their industry, it is important to plan for long-term engagement with that cause. One-offs, such as an isolated advertisement or social media post, can come across as inauthentic. Companies should be careful to avoid entering public conversations on controversial topics purely for brand recognition and financial gain. They need to pay close attention to the credibility and relevance of their stances, and make sure that the messages they are sending are in line with their own practices.

APCO client IKEA, a values-driven organization and a long-time supporter of fair employment practices, became one of the first large retailers to pay their employees a living wage in 2014. The topic of a living wage was, and continues to be, highly controversial. IKEA’s announcement that they were adopting a living wage not only impacted their employees, but contributed to the overall conversation around raising the minimum wage to a higher living wage. Since then, IKEA has continued to advocate for a living wage and officially became an accredited Living Wage Employer in 2016.

In today’s era of polarizing politics and gridlocked policy, companies’ ability to take a stand is becoming more important than ever before. While selecting an appropriate cause can be challenging, it can also be extremely rewarding, both financially and reputationally. Companies should view relevant and authentic public engagement as an opportunity to meaningfully engage their clientele, grow their operations and effectively adapt to a changing business environment. In the words of former IKEA US president Lars Petersson, there is “no space to fly under the radar anymore.” 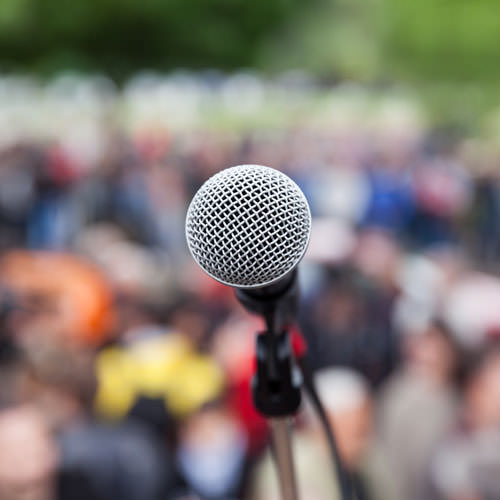