“Silver democracy” is a term that has been long used to describe an intergenerational conflict resulting from the near-absence of younger citizens in Japan’s political institutions—or any institution for that matter. As average life expectancy creeps up and the number of newborns continues to decline, Japan’s inverted population pyramid is becoming even sharper toward the bottom. This demographic reality exacerbates many of Japan’s societal challenges, while also constraining the government’s options to confront them.

A potential breakthrough in this structural struggle is the rise of the Generation Z (Gen Z, born 1997-2012). At a mere 13% of Japan’s total population (compared to one-third globally), Gen Z lacks the purchase and voting power of Japan’s Baby Boomers and Gen Xers. However, there are early signs that this generation may be able to command attention of the establishment and have outsized influence on their decision making.

Specifically, we observe three trends among Japan’s Gen Z population that are both mutually reinforcing and portentous of attitudinal and behavioral changes that leaders in both government and business may need to adapt.

Digitally Savvy: Japanese youth are harnessing the power of digital to connect across geographies and organize at scale. Petition platform Change.org reports that in 2019, Japan showed the largest jump in citizen activism among the 19 countries in which it operates. Their report also noted that many new campaigns were led by high school and university students who amplified their campaign across social media. Meanwhile, No Youth No Japan operates mainly on social media to include young people’s voices in politics and policy making.

Globally Connected: Facilitated by their use of digital tools and platforms, Japanese youth are joining a network of global solidarity that guides and informs their domestic tactics, adds external pressure (“gaiatsu”) and amplifies their efforts outside Japan. SWiTCH was founded by the Japanese coordinator of the youth-led organization Mock COP26, where 330 youth delegates from over 140 countries gathered virtually to produce a global youth declaration. SWiTCH has since organized Shibuya COP as a side event of COP26 in UK and livestreamed from the Children and Youth Pavilion at COP27 in Egypt. Fridays for Future Japan launched in 2019 and joined global peers (through crowdfunding) at COP27, calling upon the Japanese government and businesses for climate justice.

Newly Vocal: Inspired by their global peers’ issue awareness and actions, Japanese youth are mobilizing campaigns and activities to hold businesses and government accountable for a broad range of concerns, including sustainability and equity. Organizations such as Voice Up Japan and Moving Beyond Hate advocate on issues such as racial discrimination and sexual violence. Such topics were difficult to address widely while communities in Japan remained relatively immobile, as seen in the prevalence of life-long employment. Japan Youth Platform for Sustainability support and channel advocacy efforts around building a sustainable society, while Youth Parliament Japan aims to bring change in society by delivering the voice of young people to politicians.

Empowered by their global connections and digital skillset, Japan’s Gen Z may soon find themselves able to transcend structural limitations in ways that were not possible for earlier generations. If they continue to learn from each other and adapt their advocacy to the challenges and opportunities of this market, we are likely to witness a shift to Japan’s stakeholder landscape and new modes of influence in local and then national government.

Beyond direct politics, Japan’s digitally-savvy, globalizing and vocal youth also comprise of the nation’s future workforce. As APCO noted in a previous article, younger workers already show skepticism toward Japan’s traditional “lifetime employment” model. Rather, to attract and retain the best youth talent, businesses operating in Japan will need to anticipate and address their heightened expectations. As Gen Z connects to professional standards and opportunities abroad, domestic firms can anticipate increased competition for talent. Foreign firms—who might enjoy collateral benefits in the near-term—will need to evolve beyond vague promises of “diversity” and “purpose,” which will become less distinguishing and more table stakes.

We are seeing the rise of a new stakeholder landscape and new forms of influence in Japan. The key global convenings taking place in Japan and Asia in 2023 will present opportunities for youth in Japan to connect and amplify their voices closer to home. Governments and businesses should be ready to listen. 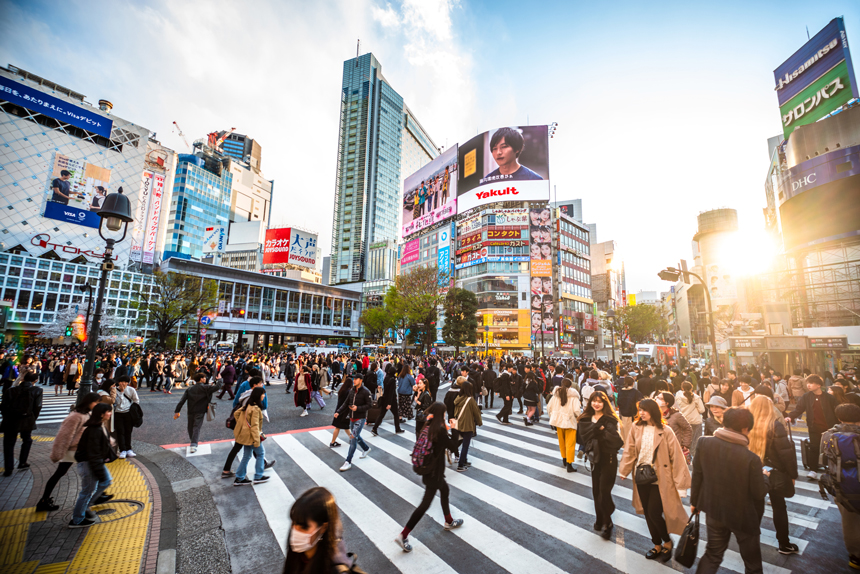