The last French senatorial elections held on 27 September 2020 were marked by the strengthening of the right-wing group Les Républicains (+4 to 148 members) and the Centrist group (+3 to 54 members). In its configuration from 2020 to 2023, the Senate is composed of three main groups (Les Républicains, the Union Centriste and the Socialists) and six other minor groups. The upper house is predominantly right-wing and centre-right, with Les Républicains (LR) and the Union Centriste (UC) alone holding 202 of the 348 seats. The main opposition force is the Socialist Group (SOCR) with 64 senators.

In the senatorial election, it appears that the historically well-established local political parties (Les Républicains and the Socialist Party) are maintaining their position, despite their failures in the presidential and legislative elections. This discrepancy between the relatively low representation of traditional government parties in the National Assembly and the preservation of large groups in the Senate (148 LR and strong local presence, and 64 socialists) could make the Senate appear to be a “democratic anomaly.” It also raises a number of questions at the opening of the 16th legislature on the power game between the two assemblies, the balance of power that could emerge and its impact on the parliamentary shuttle while the presidential majority is looking for alliances to pass its reforms.

The questions raised by this unprecedented situation are numerous.

About The Future Of The Republicans, The Current Majority In The Senate:

Since the electoral college of the senatorial elections is already known and fixed (local elected officials), it should remain favorable to the LR and UDI/Center Groups, which should maintain their respective numbers at least relatively–unless we consider that Emmanuel Macron succeeds in aggregating enough LR deputies on important texts, further marginalizing the LR Group, which in 15 years will have seen its membership divided by five. This hypothesis is all the more realistic if no national or consensual “figure” manages to embody this party in the coming months (Christian Jacob left the presidency of the LR party at the beginning of July) and if the shift of certain elected members could be to the benefit of Horizons (center right party allied to the presidential party), or even Renaissance (presidential party).

The President of the Senate, Gérard Larcher, is expected to be a candidate for his own re-election, as no personality with his status and experience is emerging. If some evoke the possibility of a candidacy of the centrist Hervé Marseille, supported by a coalition LREM/Agir/Horizons/Modem/UDI, such a hypothesis seems to be questioned because of the LREM underperformance in the legislative elections.

As president of the LR Group, Bruno Retailleau is still hesitating to try to take over the party and thus appears as the natural candidate of his party for the 2027 presidential election. He could find on his way Aurélien Pradié or even Rachida Dati. In fact, he would seem to prefer to stay in the Senate and use his influence to push for texts that will be subject to a strategic “shuttle” with the Joint Commission between the two chambers.

As To The Weight Of Other Political Groups In The Senate:

The president of the Senate should be particularly careful to maintain the unity of the Senate majority by keeping the links between LR and the Centrist Group, torn between the Macron tendency and loyalty to LR, which is a vital loyalty in the territories to ensure the re-election of their candidates.

The RDSE Group (a specialty of the Senate and a political group historically gathering senators coming from the right and the left) today made up of 14 Senators will have difficulty to maintain itself because some of its members might not be re-elected. If there are less than 10 senators, there will be no political group and its members would be forced to join the group of Claude Malhuret (Les Indépendants– République et Territoires) or François Patriat (Rassemblement des Democrates, progressistes et indépendants, majorité présidentielle). One of these groups could then become a pivotal group, such as Hervé Marseille’s Centrist group today.

The possibility of the creation of a Horizons group in the Senate is becoming more unlikely, considering the results of the legislative elections. In the National Assembly, the formation of the former Prime Minister, Edouard Philippe, an ally of the LREM majority, only managed to “capture” 28 seats in the National Assembly.

Unlike the National Assembly, the Senate is not expected to see many LFI (far-left party) or RN (right-wing party) elected officials return; their position is not aligned with the profile of the “great electors” who are traditionally coming from the major government parties. On the other hand, the matter could evolve for the Ecologists, since several large cities and metropolises won in 2020 by EELV (i.e., Bordeaux and Lyon).

As To The Balance Of Power Between The Two Chambers:

In her general policy speech, the prime minister indicated her willingness to consider the Senate as a partner rather than as an opposition force, thus acknowledging its culture of compromise, its capacity to build consensus and the need for alliance due to a divided assembly. If the wish to cooperate with the Senate seems to be openly accepted by Hervé Marseille, Gérard Larcher is only beginning to subscribe to it; he should nevertheless become more comfortable with it as the date of the senatorial elections approaches.

In this situation, the Joint Committee (CMP), a conciliation body between the two chambers on a common text after examination by each, finds all its meaning and should make it possible to resolve certain blockages or dissensions in the National Assembly. This increased role of the CMP and the mediation of the Senate is also accompanied by an advantage for the LR group, which has a majority in the Senate. For example, the first CMPs of the legislature will be on the bill regarding purchasing power or the rectifying budget, both of which led to an agreement, which saw LR win arbitrations such as the buy-back of RTT (days of rest allocated to employees working more than 35 hours per week), the increase in the ceiling of tax-free overtime, etc.

The discrepancy between their number of votes in the legislative elections and the size of the LR and Socialist groups in the Senate could be problematic during the review of texts, with a question of legitimacy of these forces in the Senate compared to the National Assembly where they are less represented.

Two committee chairmanships attributed to the LR group will be up for renewal, the rule for each committee chairman being not to spend more than six years in this position or two consecutive mandates: it will thus be a matter of replacing Sophie Primas at Economic Affairs and Christian Cambon at Foreign Affairs, Defence and Armed Forces. The candidates are already known and could bring a change in the sensitivities of each committee and therefore in its work priorities and its capacity to coordinate with the National Assembly: in the Economic Affairs Committee, Dominique Estrosi Sassone would be more attentive to urban issues (she is a senator from Nice’s region), while Laurent Duplomb would be the voice of rural areas (senator from Haute-Loire); in the Foreign Affairs Committee, Cédric Perrin could be more concerned with military and armament issues, while Pascal Allizard would be interested in geopolitics.

Only parliamentary practice in the coming months will make it possible to clarify these questions, as well as the outcome of the next senatorial elections, which are usually relatively confidential and for once, should be followed very closely by the entire political sphere and observers. 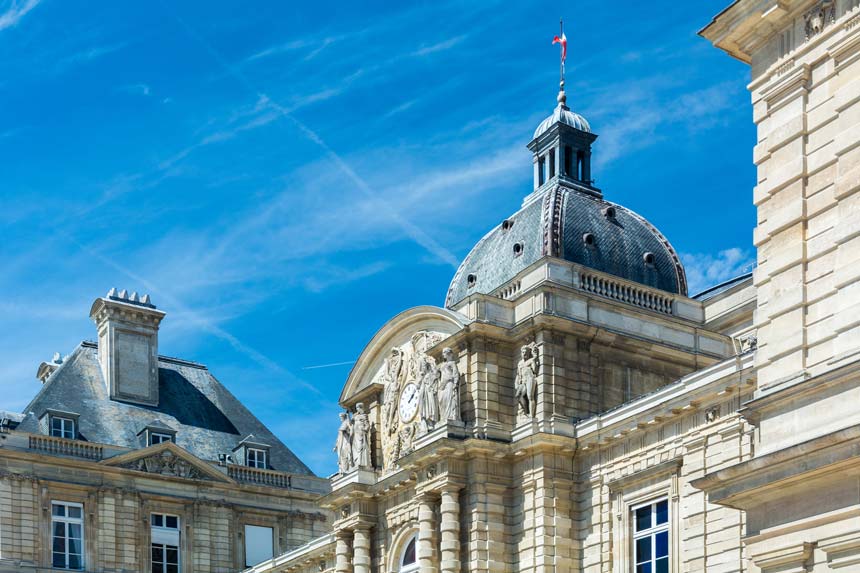