Kids across the country are picking out new school supplies, meeting their teachers, dusting off their schoolbags and heading back to the classroom. According to the CDC, the number of kindergartners who were up to date with their vaccinations fell below the CDC’s 95% target required for herd immunity. This represents 211,000 kindergarteners who do not have adequate protection against disease. If this trend continues, it could threaten decades of progress in controlling infectious disease.

The World Health Organization (WHO) listed vaccine hesitancy as one of its top 10 threats to global health in 2019.

The problem was exacerbated by the COVID-19 pandemic by giving anti-vaccine advocates an opportunity to ignite distrust in the COVID-19 vaccines during their rollout, bring on board new recruits and test out new messaging.

One message, in particular, is gaining momentum: vaccines and vaccine mandates are an attack on personal freedom.

The anti-vaccine movement once represented a small, well-funded and vocal cohort who believed that vaccines caused autism (a claim that has been soundly and scientifically disproved). We are now experiencing the convergence of the anti-vaccine core with those carrying a politically charged message that personal freedom is paramount, a higher value than the protection of personal or community health. This effort has been catalyzed by a new narrative that government mandates—even for routine childhood vaccinations—are an intrusion on freedom.

Distrust in science and public health

Many people expected that the COVID-19 pandemic would help diminish vaccine hesitancy as people felt the benefit of returning to routine life, which had been disrupted by the virus. Despite the enormous scientific achievement of bringing several vaccines to market in record time, the pandemic instead invigorated the anti-vaccine movement and eroded trust in government, in scientific bodies and organizations, and in public health efforts. This was in part due to inconsistent messaging, mistrust in governments and health and scientific institutions, perceptions of risk and vaccine safety and efficacy partly stemming from the rapid development.

The result is an invigorated, politically pointed, anti-vaccine movement that is showing up across the United States—in Idaho, a lawmaker introduced a bill that would define any vaccine mandates as a form of assault, while a senator in Florida called for a review of all vaccine requirements, including those for polio, mumps and rubella which have been widely accepted for decades. Many proposals, like one Tennessee bill, are portrayed as focused on COVID-19 immunizations, but in fact are drafted to broadly include any immunization.  In Ohio a ballot referendum has been introduced to explicitly ban any vaccine mandates in the state constitution.

This has had a chilling effect on parents, with some now choosing not to vaccinate their younger children when they did not question these decisions with older siblings. These worrisome developments threaten decades of public health progress and mean that outbreaks of previously controlled diseases like polio and measles have returned. In New York City, the detection of polio in wastewater, indicates the disease is already spreading beyond its initial identification in one individual living in a northern suburb.

As communicators and as a society, what can we do to overcome this barrage of opposition and combat misinformation? A coordinated communications effort to reverse the distrust must include:

Creative education. As a community, we must come together and find creative ways to educate people on these once prevalent diseases and how vaccines have in some cases helped eradicate them. This could be achieved using virtual reality (VR) or experiential demonstrations to help people understand the severity of these diseases and why we must strive to keep them from resurging.

Learning from the past. We should implement best practice from past efforts across sectors, which used similar techniques as the anti-vaccine movement to erode trust in scientific evidence. This will be no easy feat given that we are now in a values fight, not a scientific one, but will require stemming the tide of misinformation, disinformation, and deliberately misleading information and finding ways to make credible information and trusted voices spread virally.

Consistency matters. Persistent messages about the proven health benefits of vaccines are critical. These messages must come from trusted voices that traditionally include doctors and other health professionals, as well as from families, friends and local leaders (including religious leaders, community activists, business owners, etc.) who are directly impacted by the toll that vaccine gaps may be having in their own communities.

Communicate and engage with empathy. Vaccine hesitancy is a complex concern that comes about for many reasons, so it is key to approach all conversations and communications with empathy and humanity. Our world, and health and well-being, as we know it depends on it. 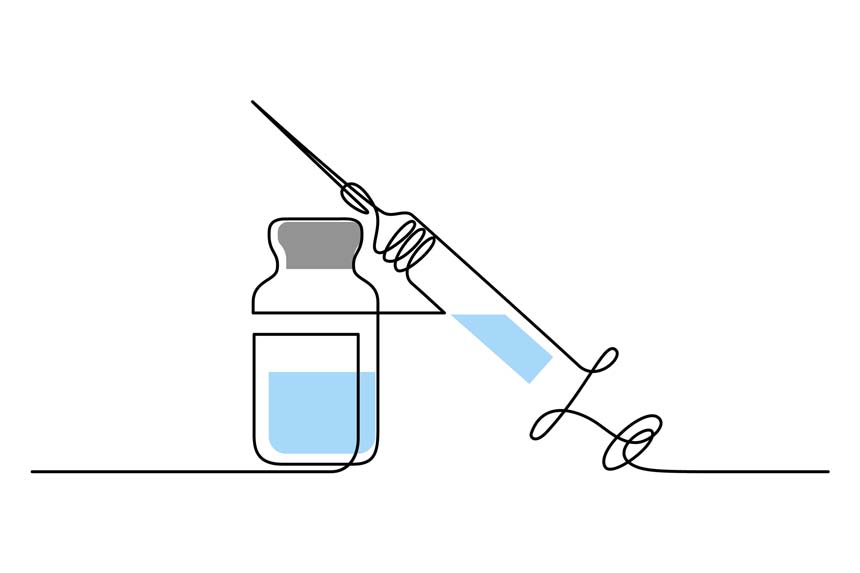