Right up until polls closed – indeed, until the first votes came in – it was widely expected, not least by some Leave campaigners, that what appeared to be a slight but perceptible shift towards Remain in the closing days of the campaign would see the pro-EU side over the finishing line. The stark warnings of the potentially desperate situation which the UK might face if it voted to Leave were surely having their intended effect?

Apparently not. Indeed, if anything, as the inquest begins Remain campaigners may ask themselves whether “Project Fear”, as the essentially negative tactics of the Remain campaign were dubbed by their opponents, actually backfired. Even if they had been successful, it is difficult to see how these tactics could have achieved anything more than reluctant acquiescence in continuing membership of the EU. It appeared to be an application of the age-old political maxim, “Let them hate [the EU], so long as they fear [the consequences of leaving].”

Well, that didn’t work, but the UK is certainly now facing the consequences, on several fronts.

Pulling the trigger – but not yet

The response of many of the most hardened Eurosceptics this morning has been slightly surprising and underlines that for many it may have been an unexpected triumph. Although Nigel Farage, UKIP’s leader, has been characteristically ebullient, and continues to play the “little man vs the Establishment” card, Conservative Eurosceptics have been cautious. Few publicly said they wanted the Prime Minister to resign; there was much talk of respecting the closeness of the result and the views of the 48% who voted Remain; and even no rush to invoke Article 50 of the Lisbon Treaty, which is the only legal way to leave the EU. They will be pleased that David Cameron, in his resignation speech, deliberately made it plain that he would not be pulling the trigger – that would be a task for his successor.

This seems to imply that negotiations will not even begin for three months, though presumably significant preparatory work will get under way. In the meantime, little will change, though as the Foreign Secretary, Philip Hammond, ruefully observed, the UK’s views will carry little weight in Brussels from now on.

During the campaign, the rhetoric from Brussels and major European capitals was predictably robust: “We don’t want you to go, but if you do you shouldn’t expect any favours.” There is no disguising that the UK’s departure will be a major blow: the second largest economy and a significant contributor to the EU budget. But the biggest concern for EU leaders will be the possibility of “contagion” – the demand for a referendum in countries such as Denmark, Italy and France, where the relationship with the EU is certain to be an important feature of next year’s presidential campaign.  Of course, the elections in France and Germany next year will hugely complicate the UK’s exit negotiations, and the terms which the UK obtains may depend on the outcomes of those elections and whether Eurosceptic movements in other countries gain ground. If they do, the already minuscule incentive for the EU to agree generous terms for the UK will evaporate completely – pour encourager les autres, as the Quai d’Orsay would no doubt express it.

David Cameron’s resignation was inevitable, once the result was known. It was the honourable response, both in the sense that he had no desire to carry through a policy in which he does not believe, and also as an acknowledgement that his decision to call a referendum, which was largely, though of course not avowedly, to try to heal rifts within his party and to win back Conservatives defecting to UKIP, had led to a major constitutional upheaval.

History may judge David Cameron harshly for this political miscalculation, especially if his own predictions of the tribulations that the UK would face outside the EU come to pass. At times, he has seemed driven by short-term political manoeuvring, rather than principle, and it could be said that the commitment to a referendum was the ultimate and most disastrous example of that.  But his other achievements will rightly be praised, not least his courage in seizing the opportunity to form a coalition government in 2010, and his surprise victory in 2015; and in policy terms, his determination to see through deficit reduction and on the social front his passage of reforms such as same-sex marriage. He has certainly left the Conservative party a more diverse and more socially relaxed organisation than it has ever been, and he has probably done as much as any party leader other than Tony Blair to modernise British politics.

If he intended to pass the baton to his friend and Chancellor, George Osborne, that dream probably also lies shattered in the wreckage of the referendum result. Indeed, none of the big-hitters of the current government seem likely to be successful in the leadership election; Theresa May was less publicly associated with the Remain campaign, but has no obvious following in the parliamentary party; Philip Hammond is more technocrat than ideologue; perhaps of the Remain-supporting ministers, Sajid Javid, the business secretary, who probably won’t stand if Osborne does, and (a long-shot) Amber Rudd, the energy secretary, who had a good campaign, might stand some sort of chance.

But it is most likely that the Conservatives will choose a pro-Leave leader (and indeed this would make most sense, since the new PM’s primary role will be leading a government to complete Brexit). On this side, Chris Grayling, Michael Gove and, of course, Boris Johnson will be the likeliest contenders, though only the last is certain to stand.  Andrea Leadsom, who was the rising star of the Leave campaign, could have a very slim chance.  Many, including the bookmakers, see Boris as the obvious winner, and there is no doubting his ability to appeal to a wide range of voters, but the campaign also revealed his weaknesses: occasional gaffes, an apparent lack of gravitas at times, and a reputation for political calculation which may not endear him to his parliamentary colleagues.

It’s important to remember that Conservative MPs get to choose two of their number to go to a vote of party members. If Boris is one of those two, he seems likely to win, against any opponent.  But there was a strong Remain group within the parliamentary Conservative party, possibly a majority, and if they can coalesce around a candidate they could yet produce a surprising outcome in the leadership election.

There is already speculation too about the future of Jeremy Corbyn’s leadership of the Labour party.  The results of the referendum in Labour’s heartlands in the North-East, the West Midlands and Wales were surprising, all of them voting decisively for Brexit.  No other Labour leader could perhaps have made much difference, but Jeremy Corbyn’s attempt to position himself as a reluctant Remainer, after decades of scepticism, evidently didn’t work. Labour has a great deal of work to do to win back disgruntled voters who are turning to UKIP, and Labour MPs must decide whether their current leader is the man to do it. If they are sensible, they will wait to see who succeeds David Cameron, and then choose a leader to fight the next election.  But in the present febrile atmosphere, some may try to mount a coup sooner rather than later.  Whether Labour’s many thousands of new members would quietly acquiesce in his demise, however, is very doubtful.

There is much speculation that the new prime minister will seek an early mandate, perhaps in the autumn or more likely next spring. This seems unlikely.  It is, in any case, difficult to trigger an early election under the fixed term parliament arrangements, especially if Labour is unwilling to support it (a two-thirds majority in the Commons is needed); otherwise the new PM would have to engineer a motion of no confidence against his own government and then vote down any alternative, which would probably antagonise the electorate considerably. And the earliest sensible time for an election would be after the negotiations on a new arrangement with the EU have concluded, which is likely to take at least two years and possibly almost until 2020 anyway.

One of the predictable outcomes of a Leave result would be that Scotland would be out of step with the rest of the UK; in fact both Scotland and Northern Ireland voted Remain. In the latter case, although this led to calls from Sinn Fein for a referendum on a united Ireland, which certainly won’t happen, there are concerns over the future relationship with the Republic and how the border will be policed, once the UK has left the EU.  But the position of Northern Ireland within the UK is secure, as long as the majority wants it. Scotland, however, has almost certainly moved nearer to leaving the UK. A second referendum seems inevitable, and the question is timing – presumably after the exit negotiations have been concluded. It will certainly be a major negotiating objective for the British government to try to secure some form of beneficial status for Scotland, to try to head off independence.

The warnings of what would happen if the UK voted for Brexit were so dire that it almost seems as if the largest ever fall for the pound (10% at one point) and huge losses on the stock market were only to be expected.  What matters now is whether markets stabilise or serious financial and monetary turbulence continues. The Chancellor will have to decide whether to deliver on his threat of an emergency budget, although his chances of getting anything too ambitious through the House are limited, given the opposition of many Conservative MPs, and Labour. Next week will be an especially dangerous period; the three months of the Conservative leadership election could also produce volatility. The hope must be that the real economy will hold up, and that once negotiations get under way in the autumn there are realistic hopes of a deal.

At the moment there are too many variables to feel confident as to how the UK economy will emerge from this shock: the identity of the new prime minister, the attitude of Scotland to what has happened, the mood of the markets, the reaction of EU leaders and also of other EU countries’ populations. Politicians will have to hope that voters, especially those who voted Leave, understand that the country will have to hold its nerve and that it will be some time before the UK actually exits from the EU, and probably some time after that before any judgment can be made as to whether the decision made in such an extraordinary fashion yesterday was a positive move for the UK, and perhaps even for the EU, or a mistake of historic proportions. 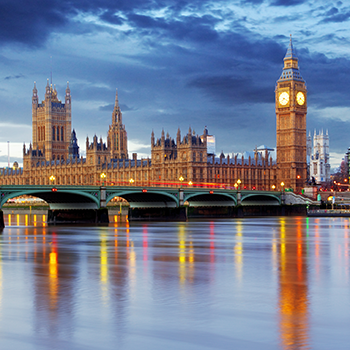