On November 15, 2020, after eight years of negotiations, the 10 ASEAN nations alongside Australia, China, Japan, New Zealand and South Korea signed the Regional Comprehensive Economic Partnership (RCEP). The deal is considered an enormous boost for advocates of multilateralism and free trade, considering the particularly challenging nature of negotiations, which included differing economic priorities, the external environment caused by tensions between the United States (US) and China, and weakened global demand from the COVID-19 pandemic.

RCEP signatories account for approximately 30% of the world’s GDP and the global population, as well as 28% of global trade. It aims to eradicate 90-93% of tariffs within 20 years and add $186bn annually to the global economy by 2030. The deal specifically has potential to increase trilateral trade between China, Japan and South Korea, with the Peterson Institute for International Economics (PIIE) estimating that these countries will gain $85 billion, $48 billion and $23 billion, respectively. Advocates also cite the advantageous changes to the region’s previously fragmented Rules of Origin (RoO) provisions. The new framework is expected to strengthen supply chains by enabling companies to produce and export products to any RCEP signatory with a single certificate of origin.

Despite the optimism, critics claim that the deal lacks ambition compared to the Comprehensive and Progressive Agreement for Trans-Pacific Partnership (CPTPP), which reduces tariffs on 99% of tariff lines compared to RCEP’s 93%. They also point to the lack of provisions on the environment, labor, data localization, cross-border data flows and customs duties on electronic goods. A final shortcoming is the notable absence of India as a signatory, which withdrew from the agreement for reasons including a lack of adequate protection against import surges and lack of credible assurances on market access, among others.

Provisions aside, Western observers point to RCEP’s geopolitical implications. Specifically, despite the misconception that the deal was “China-led” when it was actually put forward by ASEAN, there are concerns about how the deal will provide China with enhanced political and economic clout to shape regional trade rules. This has, in turn, raised questions as to how Joe Biden’s administration will seek to re-engage with the Asia-Pacific region after four years of apathy for multilateralism under President Trump, with signs suggesting that Biden will prioritize the domestic issues of COVID-19, economic recovery, racism and climate action.

Although the effectiveness of RCEP has split opinion, it will inevitably cause a significant change in the regional trade environment for multinational companies. To help companies filter the noise, APCO’s analysts across China, Japan, Singapore, Thailand, India, Vietnam, Indonesia and South Korea have provided a summary of the reactions from their respective government, media and industry stakeholders (see full report below) identifying the following major trends:

The 20-year tariff implementation period means that the impact of RCEP will not be felt for a while. This offers multinationals an opportunity to consider how the deal will alter the political and economic dynamics facing their company, especially how it could create new stakeholders across government and industry, as well as opportunities for new commercial partnerships. 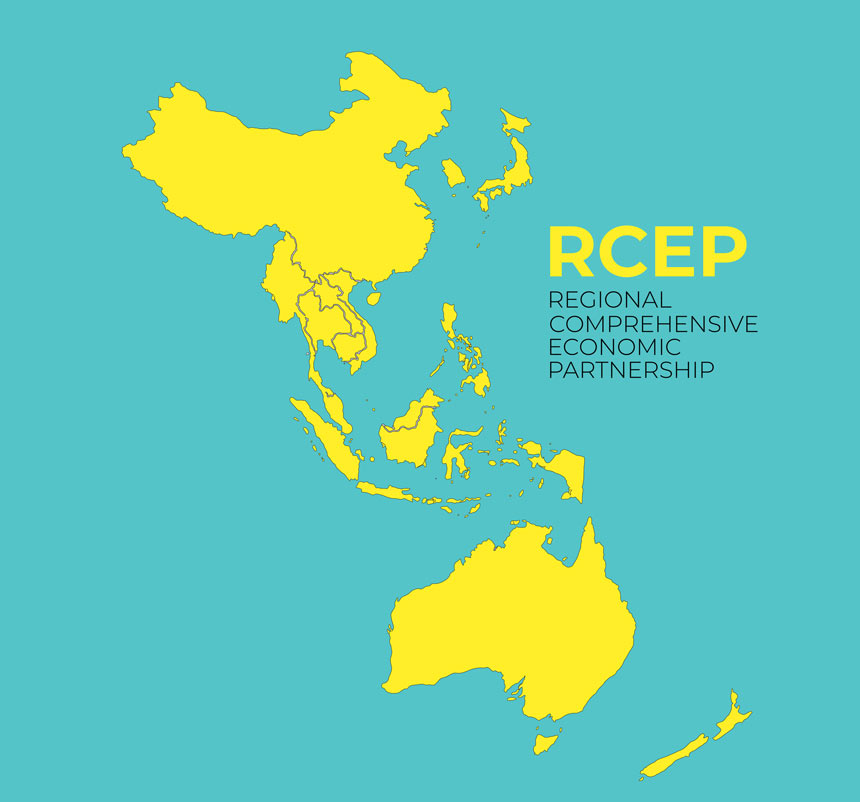