This piece originally appeared in The Hill

Like last year, many important issues may well take a backseat to a concept debated for decades concerning how best to structure our nation’s air traffic control operations. Increasingly, the suggested private, independent air traffic management entity appears to be a solution searching for a problem.

The presentation by FAA Administrator Michael Huerta at the recent Aviation Summit, sponsored by the U.S. Chamber of Commerce, should be required reading to inform the debate. Throughout this decade, Administrator Huerta has actually been responsible for modernizing our air traffic management system as part of the NextGen initiative.

In the final year of his five-year term as administrator, Huerta provided a candid overview of what has been accomplished and a short list of what he and future administrators need in order to do their job.

This is now relevant because, even with the shortcomings of air traffic management system modernization, the FAA and aviation community have managed to change technology and the air traffic control culture while successfully maintaining the safest, most complex and largest air transportation system in the world.

What’s most curious about this debate is that the advocates for change include many commercial airline leaders who come to Washington saying they need more control of an independent entity in order to modernize it and operate in the air space successfully. Yet, these same airline leaders announced “record achievements” while operating in the system they suggest is somehow failing us:

“We are delighted to report record annual profits for 2016….operationally, our performance was also very solid. We carried a record number of Customers while improving our on time performance, baggage delivery rate, and net promoter score. My thanks and congratulations to the superb People of Southwest for these outstanding results, which earned them $586 million in profit-sharing during 2016,” Southwest Airlines CEO Gary Kelly said in January.

“The American Airlines team continued to produce outstanding results in 2016, and outsiders are taking notice,” AA CEO Doug Parker said in January. “Air Transport World named American as its 2017 Airline of the Year, citing our team’s integration work, operational and customer service improvements, and the significant investments we are making in our product.”

“Delta had a year of record-breaking performance in 2016 — financially, operationally and for our customers — and it’s an honor to recognize our employees’ efforts this year with over $1 billion in profit sharing.” Delta CEO Ed Bastian said in January.

While there was good news for the airlines in 2016, there was even more remarkable news out of a survey conducted recently seeking their views on the air traffic management system. In an era where strong approval ratings are hard to come by, 88 percent of those surveyed indicated the FAA is doing a good or excellent job managing air traffic. That number is up from 80 percent a couple years ago.

With an unprecedented degree of collaboration, the aviation community has participated in the air traffic modernization process through the NextGen Advisory Committee (NAC). This group, formed at the request of the FAA, involves well over 100 representatives of the airline community and has been chaired by an airline CEO since its inception in 2010.

Additionally, the NAC was established with a broad base of representatives from the entire aviation community, and it conducts its business in public so that deliberations and findings are fully transparent.

Administrator Huerta suggested that the intense work of the NAC, which directly engages the FAA, has had real benefits: “Without a doubt, the path we have traveled together makes all of us at the FAA much smarter and more nimble,” he said.

Further, the benefits are becoming more apparent and tangible. According to Huerta, the FAA has already delivered more than $2.72 billion in benefits under the NextGen modernization umbrella. That number is expected to climb to $160 billion by 2030.

For programs already underway, Huerta expects to achieve $13 billion in benefits by 2020, at which time the benefits will exceed the projected investment in NextGen. Through the NAC, the FAA and the industry have worked closely to identify and deliver the capabilities that matter most to the customers, Huerta said.

Returning to the question of just what the Congress might do to really help further the process of modernizing the air traffic management system, Administrator Huerta suggested that he and future administrators would benefit by actions in four areas:

Let’s hope the Trump administration and Congress will turn to the one individual who has actually been at the helm this decade, running and modernizing the largest, most complex and safest air transportation system in the world. Huerta can inform the discussion and describe the path forward if given the opportunity. 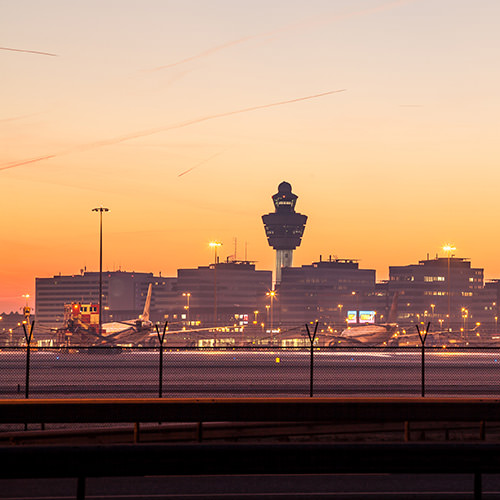