We are entering an autumn of anxiety for U.S.-China relations—a season where events will stress-test the already deeply fractured relationship. Climate policy, trade and human rights will be defining features and they have become three inflammable ingredients in shaping both the bilateral relationship, geopolitics and the context for global businesses. Each of these fundamentally distinct issues holds a symbolic and diametrically opposed reason for importance for leaders in both Beijing and Washington. The fact that they are increasingly being intertwined holds profound implications and dangers for the planet, its citizens and businesses.

Within weeks, vital new climate commitments are expected from the U.S. and China at the COP26 meeting in Glasgow; the U.S. Trade Representative (USTR) will complete her highly anticipated review of China trade policy and tariffs; the U.S. Congress will intensify its campaign against China on human rights in Xinjiang in the lead-up to the Beijing Winter Olympics; and the fate of President Biden’s multi-trillion-dollar domestic investment package will be set.  Individually, each of these is important. Together, they could be game changing for our world.

All this will happen against a darkening backdrop for U.S.-China relations. In the past 10 days alone, Presidents Biden and Xi ended their second phone call of the year in a disappointing stalemate after a series of petulant and inconclusive encounters by their emissaries; China surprisingly applied to join CPTPP—the Asia Pacific trade pact created and then abandoned by the U.S.; the “AUKUS” partners (Australia, UK, U.S.) struck a deal to enable Australia to put nuclear-powered submarines in the South China Sea; collaboration among the QUAD nations of U.S., Japan, Australia and India has strengthened; America has offered new concessions to Taiwan; and debt-ladened real estate giant, China Evergrande Group, has dragged down global stock markets.  Each of these has torn at the frayed relationship between the U.S. and China.

With respect to trade, the Biden Administration has maintained much of President Trump’s trade agenda. Tariffs, sanctions and wide use of WROs (seizure mechanism by U.S. customs) continue to add friction for U.S. importers of goods made in China, adding costs for U.S. consumers and businesses. Despite little evidence of any meaningful benefit to the U.S., the Wall Street Journal suggests Trade Representative Katherine Tai’s prolonged China trade review will be evolutionary not revolutionary, likely simply fine-tuning the existing tariffs, pushing for enactment of the Trump administration’s Phase One Trade Agreement, and initiating new Section 301 investigations into Chinese subsidies, while seeking greater coordination with Europe, Japan and other allies. This all promises to inflame Beijing and gives it justification in its efforts to build its own self-sufficiency through programs such as Dual Circulation and Belt & Road Initiative.

On human rights, the Biden Administration is looking to reinvigorate values-driven American leadership in the world–a priority only reinforced after the chaotic exit from Afghanistan. This means standing up for democracy and rights, and in doing so the administration—with the bipartisan support of Congress—finds itself on a collision course with China through its language on Xinjiang, Hong Kong, Taiwan and the South China Sea. Several proposed bills in Congress, most notably the Uyghur Forced Labor Prevention Act, seek to ban trade on the basis of human rights abuses, and extensive use of sanctions has targeted people and businesses accused of perpetrating such abuses. Regardless of China’s misconduct, an uncontrollable arms race of anti-China rhetoric has captured Washington. These relentless attacks have infuriated the Chinese government and populous, who view them as a pretext for “keeping China down.”

Meanwhile, Xi Jinping is pursuing China’s own rejuvenation and seeks to recapture China’s position as a great power.  In defending the legitimacy of the Party—and asserting his own supreme authority—he has chosen (and the U.S. has arguably pushed him) to use the foreign antagonism and criticism as a rallying cry and litmus test for fealty. Cocooned behind the Great Firewall, many citizens, netizens and bureaucrats have been radicalized into an army of nationalist warriors seeking out to defend China against foreign affronts.

With this in mind, Washington wants to separate climate negotiations from discussion of these other contentious issues. Beijing insists however that climate issues can not be compartmentalized and antagonism against China can not be put to one side. Following a visit to Tianjin by U.S. climate envoy, John Kerry, China’s foreign minister Wany Yi, said: “The U.S. side hopes that climate cooperation can be an ‘oasis’ in China-U.S. relations, but if that ‘oasis’ is surrounded by desert, it will also become desertified sooner or later.” There are some glimmers of hope.  The People’s Bank of China (PBOC) and U.S. Treasury are collaborating on a range of green financing initiatives, including in chairing the G-20’s Sustainable Finance Study Group.

Despite these geopolitical tensions, business in both China and the U.S. is booming and confidence has run remarkably high. Tariffs, sanctions and increasingly negative international opinions have failed to dampen the centrality of China as a vital market and irreplaceable supplier for most global businesses.  And the U.S. economy is buoyed by trillions of dollars of COVID-stimulus spending, leading to record stock valuations, sky-rocketing corporate profits and upward spiraling consumer demand.

But can this buoyancy withstand the oncoming autumn of anxiety? Leaders in Washington and Beijing are playing with fire by mixing trade, human rights and climate issues in an atmosphere so inert with flammable nationalist sentiment. The room for concessions on both sides is shrinking, and a Molotov cocktail is being stirred-up with potentially explosive consequences for the world’s economy, its environment and people. It is in the interest of businesses and shareholders (let alone wider humanity) to separate these volatile ingredients before it’s too late. 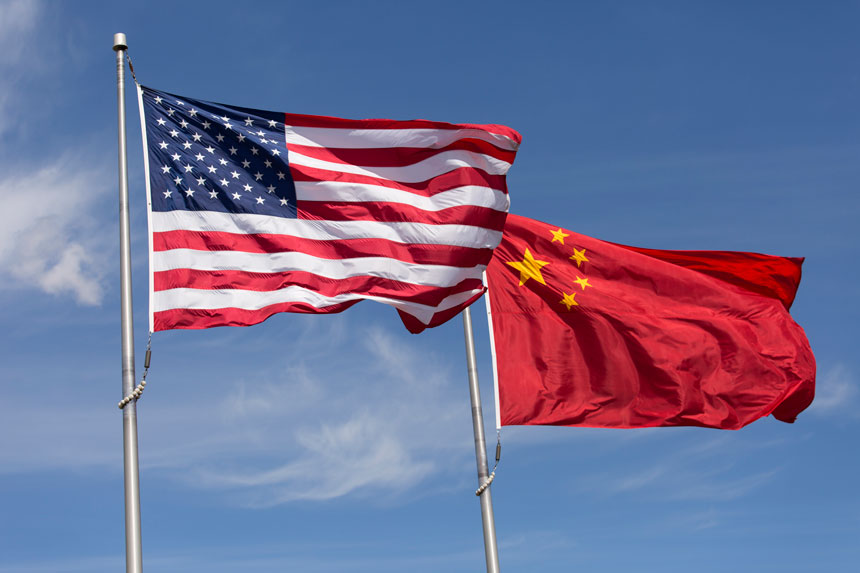