Why is mental health so stigmatized? Although there are many factors involved, one of the biggest is misinformation and miscommunication about mental health conditions and those that suffer from them.

A good way to start dispelling misinformation is through numbers. According to the Institute for Mental Health Metrics Evaluation (IHME), in 2017—the most recent year for which comprehensive data is available—300 million people worldwide suffered from anxiety, 160 million suffered from major depressive disorder and 971 million people globally suffer from some kind of mental health condition.

The COVID-19 pandemic and its fallout have also negatively affected many people’s mental health. In the United States, four in 10 adults have reported symptoms of an anxiety or depressive disorder during the pandemic, compared to one in 10 between January and June 2019. And while there has been an uptick in mental health awareness in recent years and more stories from prominent people are emerging about living with and battling mental health problems, mental health stigma remains rampant. In the United States, when it came to talking about mental health with friends, family and employers, mentalhelp.com reported that 56 percent of American adults say they’d be uncomfortable talking to friends and family and 84 percent of American adults say they would be uncomfortable talking to their employers.

The ideal image of our professional selves encompasses specific characteristics such as competence, composure, strength and level-headedness. People may feel that showing signs or sharing concerns about mental health issues can constitute misleading assumptions like weakness and failure. Being diagnosed with a mental health issue does not indicate you are incapable of handling your job. And like any other illness, a top course of action for recovery is to get professional help. However, just as there isn’t a one-size-fits-all solution for physical health issues, what works for one person’s mental health may not work for another.

Black, indigenous and people of color (BIPOC) face additional challenges and inequities when it comes to mental health, access to treatment and outcomes, including medical racism, stigma, cultural differences and misunderstandings with healthcare providers and lack of BIPOC representation in the mental health field.

According to Mental Health America, BIPOC youth living with mental health conditions are more likely to be directed to the juvenile justice system than to specialty care institutions compared to non-Latinx white youth, and medical practitioners are less likely to engage in patient-centered communication with Black patients than with white patients.

According to the American Psychological Association, Asian Americans are three times less likely to seek mental health services than their white counterparts. Why? Because mental health issues are seen as taboo in many Asian cultures, resulting in dismissal or neglect of symptoms, pressure to live up to the “model minority” stereotype, difficulty balancing two different cultures while developing a bicultural sense of self, lack of awareness of available resources and language barriers that often inhibit access to treatment should they get to that stage.

Why should companies pay attention?

Over the last year, attacks against Asian Americans—particularly elders—have worsened and broadened. According to the American Psychological Association, the AAPI community has faced around 4,000 hate incidents, a 149% increase over the previous year. The uptick in violence and discrimination against the backdrop of the pandemic has led to increases in anxiety, depressive symptoms, and sleeping problems. However anti-Asian xenophobia is nothing new in the United States. From the Page and Chinese Exclusion Acts to the “perpetual foreigner” stereotype, Asians continue to be seen as outsiders who will never be American, making them a “reasonable” target for people to direct their aggression and resentment about the pandemic towards. Having to bear the brunt of such unjustifiable hatred, coupled with the fact that AAPI individuals are less likely than any other group to access mental health services partly due to cultural bias but also due to the lack of culturally relevant approaches to treatment, leaves them with potentially debilitating effects on their mental health. Combine this with the ever-present racism and violence against other BIPOC communities, the stress on employees, who are often working in isolation, becomes immobilizing.

At any company, employees cannot perform to their highest potential if they are not able to take care of their overall wellbeing. That includes being physically, emotionally and mentally healthy. Below are a few ways in which organizations can show actionable support and consideration for their staff notably AAPI professionals:

Acknowledge the Situation with Intentionality

Many leaders struggle to come up with the right words to address important, sometimes caustic events happening in the outside environment. However, it is crucial that they respond.

While the response need not be perfect with fully outlined actionable items, words have power. By saying something along the lines of “we recognize the effect XX event has had on the mental and emotional well-being of our AAPI colleagues, and we are working to address it. We will be following up in the next few days with more information around the situation and ways to help…” is incredibly impactful. By sending a companywide communication talking about how an external situation can impact an employee and outlining a plan in the works, company leadership is actively showing their staff that they see what is happening around them and they care enough to take action.

Invest in your middle managers and equip them with a variety of resources and tips that allows them to tailor their approach to supporting their teams. Teach them that instead of asking an open-ended question – “How are you feeling?” or “Is there anything I can do for you?” as this can increase mental burden on the recipient of the question, acknowledge what is happening in the news and offer to take a meeting off their plate, extend a deadline, or pitch in on a project.

Advise them to listen, be flexible and share how they themselves are taking steps to protect their own wellbeing: talking a walk in the middle of the day, having a therapy appointment or prioritizing a vacation. This will set an example for them to prioritize their own self-care as needed.

Host and encourage participation in microaggression trainings and share toolkits on how to be a better ally and intervener. Interventions by bystanders can not only encourage a sense of empowerment in targets, but also help bring awareness to the AAPI experience.

Change begins from the top down. Leaders speaking up about their struggles with mental health and sharing their experiences, beginning their meetings by genuinely being interested in how their staff is feeling, conducting town halls, directing employees to resources, partnering with organizations such as the Asian American Psychology Association or the Asian Mental Health Collective to hold panel discussions about the cross section of mental health in the Asian community and the workplace, showcasing struggles and challenges with mental health through AAPI voices amongst other historically underrepresented groups throughout the year, and modeling disclosure and vulnerability as a strength not a weakness goes a long way in shaping the tone for company culture.

Mental health is quickly becoming more than just a conversation with the HR department. If looked at through an intersectional lens, a testament to how much everyone’s relationship with mental health varies, this topic becomes a responsibility that should be upheld by all, especially leaders, in order to destigmatize talking about and treating mental health, better incorporating it into discussions around diversity and inclusion and building a healthy company culture. Employees want more conversations, more resources, and more transparency from their organizations today. 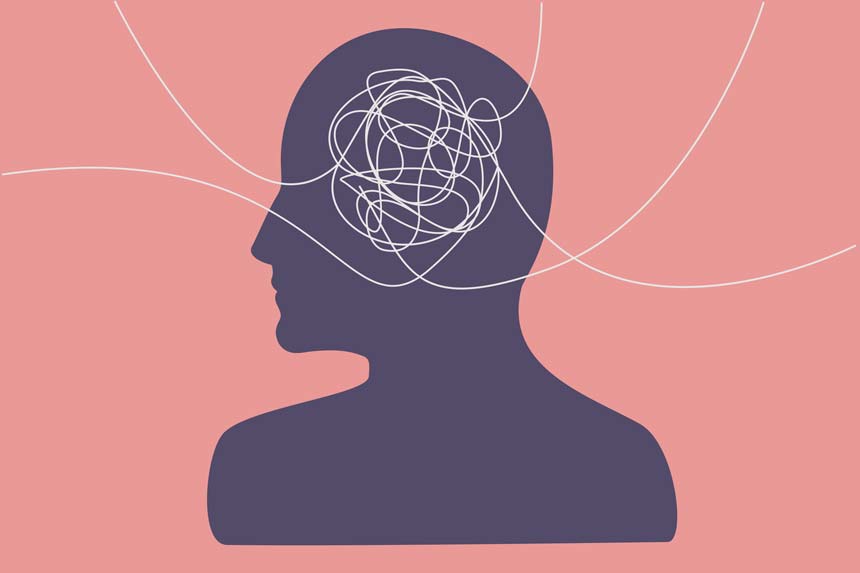