In today’s competitive business environment, people—as consumers, community members and members of the workforce—place significant weight on a company’s perceived vision and values. A clear, well-thought-out set of vision and values, backed by action, can help organizations reach key business objectives, attract the best talent and protect their reputation. Traditional markers of a robust business, including financial growth and profitability, no longer properly show the complete picture of an organization’s competitiveness.

It’s Not All About the Money

In the modern marketplace, companies’ values are essential business considerations, influencing people’s purchasing decisions and even career choices. A recent APCO Insight survey of U.S. adults found that three in four Americans considered companies’ values as an “important” factor when considering whether to buy a product—with nearly the same amount of people placing brand recognition in the same level of significance.

In a vacuum, consumers prioritized price as the most important factor in making a purchase. But when given a choice, it wasn’t all about the money. Asked to pick between two brands in the same product category, people were split between those who placed more weight on values (43 percent) and those who preferred affordability (41 percent).

A company’s values were similarly seen as “important” factors for most people when considering a job offer. When given a choice, a job with a higher salary was preferred by a plurality of Americans (48 percent) , but 39 percent said they would prefer to work for a company that shares their values, even with a lower salary.

Yes, money matters—after all, there is a wealth of maxims and tales vouching for its fabled influence—but it is no longer the dispositive factor, for people and corporations alike, in making decisions with financial consequences. Actions matter as well.

An overwhelming majority of Americans believes the “best companies” are the ones doing good and serving society as a whole, not just their customers (80 percent) and companies that do good for their shareholders while also doing good for society (81 percent). With 77 percent of respondents saying that companies should be involved in addressing social issues, including homelessness, food insecurity and the environment, results indicate that people expect companies to take a stand on an issue, even if it’s controversial.

However, even the most well-crafted, ambitious set of values is meaningless if companies fail to walk the talk. Companies are seen not just as businesses offering goods or services, but as agents of change with the ability, resources and innovation to solve today’s greatest problems and shape a better society.

Enterprising Culture Based on Shared Vision and Values

This external perception of a company is a function of internal culture and environment. How a company treats its employees is seen as a direct reflection of how the company operates in other aspects of its business, the survey found. Creating an inclusive, enterprising culture—one of the hallmarks of an agile company—based on shared vision and values is a process that begins at the top, and to foster this environment, C-suite leaders must:

But the job isn’t done here. C-suite leaders must regularly evaluate and recalibrate their company’s vision and values, as necessary, to ensure they are aspirational and bold, yet achievable, and that their actions are consistent with their stated promises. Companies must be willing and able to stand behind their visions and values—even if they affect immediate financial performance—as they have real, long-term business consequences, influencing consumers’ choices, as well as potential employees’ preferences and perceptions.  The bottom line—it pays to put your action where your mouth is. 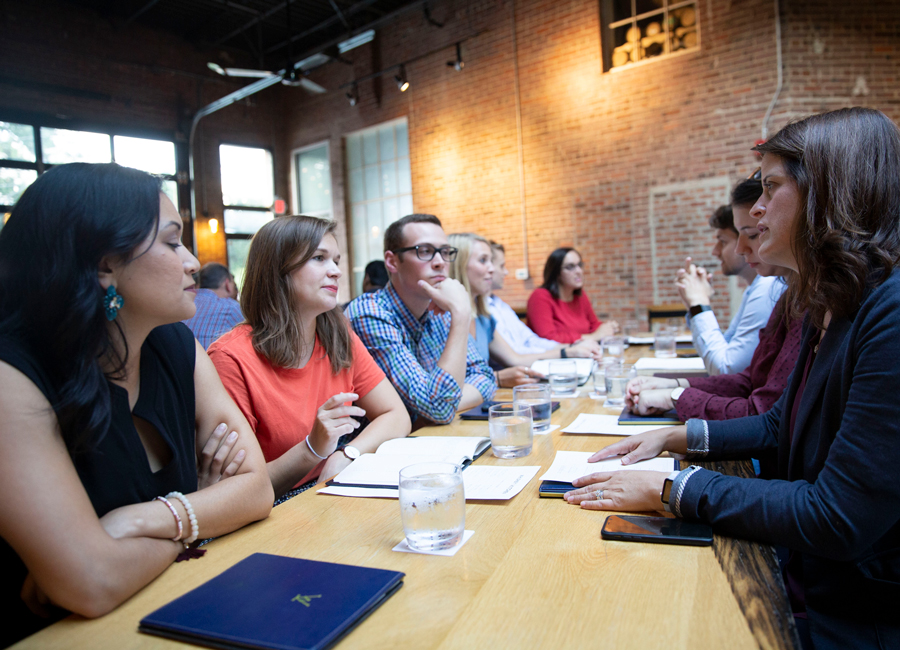