For the second time in 2019, Israel went to the polls on September 17, following Prime Minister Benjamin Netanyahu’s failure to form a majority coalition government with at least 61 seats after the April elections. Coalition talks in the spring of 2019 with right-wing nationalist and religious parties had failed, mainly over the issue of drafting ultra-Orthodox men into the military and broader questions on religion and state. The prime minister’s longtime ally Avigdor Liberman, head of the secular nationalist Yisrael Beytenu party and former Minister of Defense, had insisted on increased enlistment numbers in the ultra-Orthodox community and expressed concerns about growing religious influence on public life. While the Israeli President was expected to task another Member of Knesset to form a government, Netanyahu had instead used a loophole pushing to the dissolve the short-lived 21st Knesset and hold repeat elections, rather than letting the President task rival Benny Gantz and his centrist Blue and White Party (which had received an equal number of seats—35—as the prime minister’s Likud Party) attempt to form a government.

Hoping to secure better results in September rather than risk his rival’s success at assembling a government, the prime minister’s gamble appears to have backfired: With over 95% of the vote counted, Blue and White holds a slim lead over Likud and is projected to win the greatest number of seats in the new Knesset: 33, in contrast to Likud’s 31. However, in the broader picture, the election results did not produce a guaranteed majority for either camp: neither Blue and White and its potential coalition partners among the political left and the Arab minority, nor the Likud and its right-wing nationalist and religious allies, have secured the needed 61 seats to form a majority coalition government.

The path to 61 seats appears to depend on Netanyahu’s ally-turned-nemesis Avigdor Liberman, who throughout this election season has preferred to advocate for a unity government that includes the two large parties and Yisrael Beytenu and leaves out the ultra-Orthodox and religious-nationalist ones. With his party nearly doubling its electoral standing from the April elections (from five to eight seats), Liberman is set to play the role of kingmaker in what are likely to be complex post-elections negotiations on forming a workable governing coalition.

Next Steps and Initial Political Takeaways

A total of nine parties are slated to enter the Knesset. Each party will submit its recommendations for prime minister to President Reuven Rivlin, who will designate the would-be prime minister and task that person with forming Israel’s next government. The prime minister-designate will have 28 days to complete the task, with the possibility of a 14-day extension (something likely to be requested, given the anticipated complexities of coalition talks and the prevalence of national holidays over the next five weeks). In sum, the 120 Knesset members will be sworn in on October 2 and the next government is scheduled to be formed by early November.

End of the Netanyahu Era?: After 10 consecutive years as the Prime Minister… The first immediate takeaway from the September 17 elections is that Prime Minister Netanyahu failed to secure all his hoped-for objectives. His Likud party is poised to be the second largest, losing eight seats in comparison to April’s elections (including Kulanu’s seats as the party merged into Likud). The message that Netanyahu is indispensable in delicately managing Israel’s complex security challenges and cultivating strategic ties with world leaders did not resonate strongly enough with voters. The electorate appears to have showed signs of fatigue from his decade-long rule. With subpar performances by his traditional allies further to the right, there is a likelihood that the rival Blue and White will be tasked by President Rivlin to form the next government. It appears that the best Netanyahu could hope for is a unity government in which he would rotate the premiership with Benny Gantz, though many factors suggest that he would not accept such a possibility if offered.

Adding to Netanyahu’s woes are legal troubles, as he is under investigation for three criminal investigations on charges of fraud, bribery and breach of trust. In February 2019, Attorney General Avichai Mandelblit found sufficient evidence to indict the Israeli premier. After securing an apparent victory in the April elections, Netanyahu had reportedly even conditioned joining his coalition with backing a bill to prevent the indictment of a sitting prime minister. The final pre-indictment hearing is set to begin on October 2—amid the coalition negotiations. The initial developments in this hearing could have a momentous impact on the Likud party’s posturing in potential talks with Blue and White. While Likud’s historic DNA has shown hesitation in changing party leaders, a deterioration in Netanyahu’s situation could increase party talk of replacing him and holding primaries for a new leader.

Israel Moves to the Center Ground, Focused on Domestic Issues: The centrist Blue and White party lost two seats compared to the previous election, but this time won more votes than Likud. Some observers had questioned whether Benny Gantz’s lack of political experience and the shaky alliance of the party’s three diverse factions could hold together for a second round of elections, but the vast majority of April’s voters appeared to have remained loyal.

Similarly, Avigdor Liberman’s party—Yisrael Beytenu—increased its electoral strength through cultivating its image as standing up to ultra-Orthodox demands and pro secularism, largely downplaying its hardline right-wing stances on security and defense issues. Both parties avoided focusing on the Israeli-Palestinian conflict, focusing instead on the place of religion in society and advocating for separation of religion and state.

This trend suggests that the next government will prioritize addressing the domestic religious-secular divide and key domestic issues such as transportation, healthcare and education, rather than focus on reaching a political settlement with the Palestinians. In particular, a government which includes Yisrael Beytenu and Blue and White is likely to focus on increasing economic integration of Israel’s ultra-Orthodox minority, through programs such as mandating secular education in the ultra-Orthodox school system, increased employment opportunities for men, and reducing welfare payments for full-time religious students.

Increased Arab Participation in National Decision-Making: The (Arab) Joint List, a bloc of four parties representing the 21% Arab minority, is poised to become the third-largest party with 13 seats. This is an increase from the ten seats won when running as two blocs in the April elections. The electoral success was in part helped by an estimated Arab turnout of 60% (compared to a 49% turnout in April) and by Prime Minister Netanyahu’s divisive remarks against the community and the Joint List. In the event of a Blue and White-Likud national unity government, Member of Knesset Ayman Odeh of the Joint List would become the head of the opposition, marking the first time that an Arab leader will hold this position in Israel’s 71-year history.  It should be noted that the Head of Opposition is one of seven “State Symbols” who receives security protection as well as classified security updates from the Prime Minister.

Prior to the elections, party head Ayman Odeh held talks with Benny Gantz on the possibility of joining a government led by Blue and White. While the prospects of this occurring are slim—especially given Liberman’s opposition to sitting alongside the Joint List, this initial dialogue with Blue and White could serve as the springboard for a more inclusive and participatory role for Israel’s Arab minority in the national conversation on key economic, social, and political issues. This is a promise of the Joint List which had been criticized for focusing too heavily on the Palestinian Israeli conflict and too little on issues affecting the Arab Israeli community.

The coalition negotiations are likely to be a long and tedious process, and it should be stressed that their trajectory will only become clearer following President Rivlin’s decision on whom to appoint to form the next Israeli government.  Additionally, the situation regarding Likud’s position on a unity government will only be better determined following the start of Netanyahu’s final pre-trial indictment hearing on October 2. Broadly speaking, one of two possible scenarios are likely to emerge: 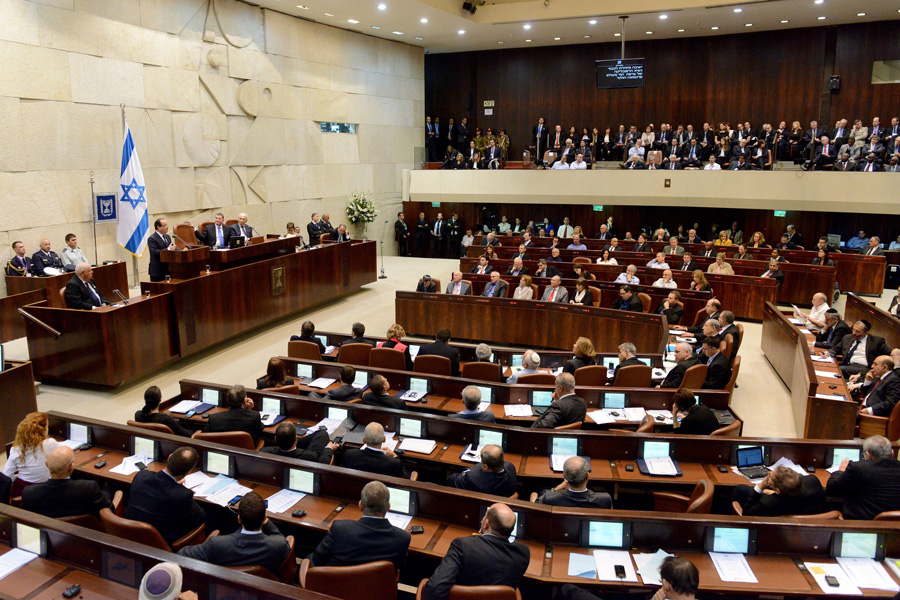