What is a VTuber?

“VTuber” or “Virtual YouTuber,” refers to a digital creator persona who streams using a virtual avatar generated by computer graphics also known as “CG.” Most VTubers do not disclose what they look like behind their avatars and tend to present themselves as fictional characters backed by a “lore,” or a background story, that is unique to their characters.

The term VTuber was first coined in 2016 when Kizuna AI, a VTuber from Japan first debuted and inspired a new form of content creation and live streaming in Japan and later overseas. Although the term indicates YouTube as their primary streaming platform, VTubers can also be found streaming in other platforms, such as Twitch and Bilibili, a Chinese video sharing and streaming platform. Some of the content that VTubers showcase on their accounts include video game walkthrough “Let’s Play,” singing, live drawing and chatting with audiences. As of October 2021, there are over 16,000 active VTubers creating and streaming different kinds of content. The 2021 super-chat ranking shows nine channels out of the top 10 are VTubers.

The boom of this new form of entertainment eventually led to the creation of VTuber agencies in Japan. Nijisanji and Hololive Production are often regarded as the representative corporate players in the VTuber industry, managing over 250 “virtual talents” between them. These agencies provide support for content production, merchandising and brand sponsorships as well as access to collaborate with other VTubers. They regularly hold auditions to acquire new talents and expand their rosters.

At the same time, independent VTubers are also flourishing by themselves and without agency representation. Recently, VTuber Nimu from Argentina became the first independent player to exceed one million subscribers on YouTube and is the first South America-based creator to achieve this milestone.

The Rise of a New Global Phenomenon

Nimu’s milestone of one million subscribers suggests that VTuber is no longer a niche category within the Japanese entertainment industry. Instead, it has evolved into a global phenomenon. Likewise, management agencies have established international branches, such as Hololive English and Hololive Indonesia, to support content creators working in other markets and languages. With a growing international fanbase and more multicultural talent joining the scene, the world of VTuber is becoming a melting pot for those seeking a new form of digital entertainment and community.

As they do with traditional influencers, consumer companies have already started to collaborate with VTubers for brand and product promotion. Fewer have yet to venture into issue awareness and advocacy, although there are some natural opportunities to explore with VTubers. For example, the lore  of some VTubers creates an opening to talk about experiences with online bullying, school bullying and boycott, acute social withdrawal and unemployment. Many VTubers and their followers also show an affinity to topics such as gender expression and equality. The freedom to create virtual avatars permits VTubers to inhabit genderless or gender-defying identities. From these examples, the audiences observe moments when VTubers move beyond “pure entertainment” into sharing experiences and/or views that are highly salient to issue and purpose-led communications. Taking these opportunities to collaborate could allow companies and organizations to reach new and highly relevant audiences.

While VTubers grow in terms of influence and financial returns, the risks of this new and youthful industry cannot be overlooked. For one, the mode of VTubers’ creativity—via livestreaming—can prove more prone to certain risks, including hurtful language, disclosure of confidential information and violation of gaming companies’ rules. While in the zone of a competitive game and/or when met with harmful comments, they may react on emotion and without careful reflection. Other issues surface because the market is expanding globally and at such a high speed. For example, even if a stream is from Japan, it may draw an international audience, which can introduce cultural and geopolitical sensitivities. For VTubers who faced these kinds of issues, public apologies and/or month-long breaks have become common. Other popular VTubers have decided to end streaming because of the backlash.

As with other influencer and real-life engagements, organizations should be mindful about partnerships and their structures. VTuber agencies are working hard to tackle compliance issues by setting guidelines or providing trainings. You can work with well-established VTuber agencies, but make sure that you conduct your own background check. Below is items that need to be carefully checked when considering the collaboration.

VTubers are becoming a global powerhouse and partnering with them not only on the conventional brand tie-ups but with issue awareness would be a unique angle. 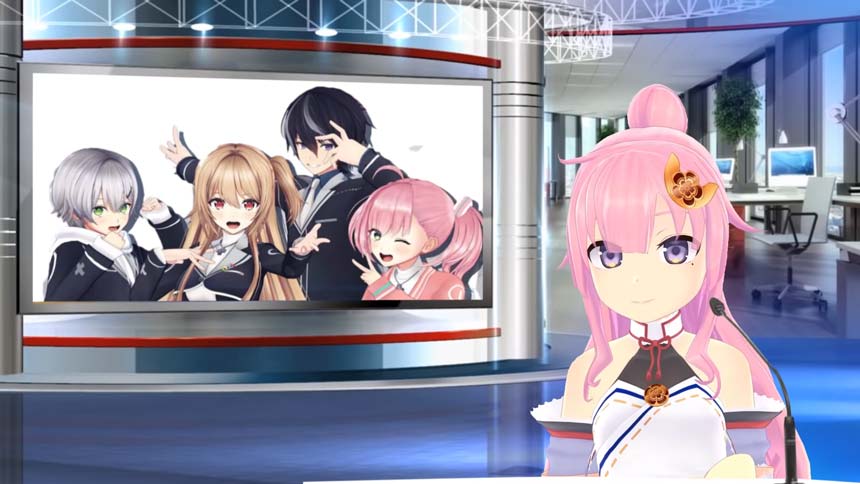