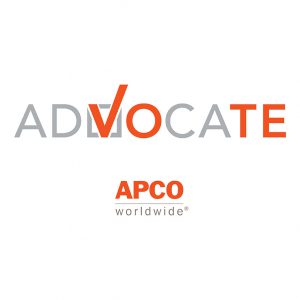 APCO Worldwide’s adVOcaTE campaign seeks to help get out the vote and elevate APCO employees’ voices as they advocate for what they believe in, during and beyond the election year. Below, six members of the APCO family, who are parents, share their thoughts on why they’re voting this year. To read Part 1 in this series, click here.

As an American, father, husband, son, colleague and friend, voting allows me an opportunity to share in the change I hope to see. Voting gives me hope.  It is about my hope that someday—sooner than later—all Americans will be treated equally with fairness, dignity and respect. And I know from first-hand experience, that fairness, dignity and respect is not felt by all.

I was born and raised in New York City’s Lower East Side and life was not always easy.   And in this election, more than ever, voting gives me an opportunity to support candidates that truly understand and align with the issues and opportunities that have impacted my life and so many others in under-resourced and overlooked communities. It is about how our elected officials represent, reflect and give voice to the wider diversity of this country.  Most importantly, I vote because I want to lead by example, showing my four children that, as Hispanic-Americans, we indeed have both equal rights and an equal voice. And we must seize and use them.

I vote as a parent because it’s important to model civic engagement for my kids. This year, I voted by mail and will miss the ritual of walking together to cast a ballot on Election Day (and receiving the coveted “I voted” sticker). I want both of my kids to understand that voting is a privilege and staying informed is an obligation that takes effort.

My kids also continue to teach me. They both have opinions, like to challenge my (boomer) perspective, and get a lot of their news and views from platforms like Instagram and TikTok. I’ve sought out and learned more about how and what different channels share in terms of political perspectives and content. We’ve had lots of lively dinner discussions this election season, which is a benefit on its own.

And while I sometimes despair that my kids are growing up during a time when civic discourse is not so civil, I do believe they understand—perhaps more acutely than I did at their age—what’s at stake and the importance of voting.

As an American, I vote in every election. We are blessed in the live in the United States and voting is our right, responsibility and obligation.  Generations before fought to protect our right to vote.

My wife and I have two sons and I am voting for them when I vote. We want them to live in a free country, where the First Amendment is heralded and their views and contributions are appreciated and respected.

I am voting because I want to preserve our democracy and free market system for our boys. I have seen in my lifetime, political and economic rights trampled and lives ruined by totalitarian regimes.

I am voting to support the appointment of judges who will analyze cases through the lens of our amazing Constitution.

I will use my vote to help my children live in a country that maintains a strong national defense, creates improved trade deals, and forges innovative peace agreements.

I vote because voting is so much more than a civic duty, it is our opportunity to come together and to express our opinions. Each vote helps represent all of us and all our voices. As a parent to two young boys, this is extremely important to me. I want my children to grow up to understand that their opinions matter, it’s okay to ask questions and speak up for yourself and others.

Being part of a community, whether our town, our district, our state, and our country, requires all of us to do our part. It also means we have a responsibility to hold our elected officials accountable and push them to represent our views. It all starts with voting—but it is just the beginning of teaching my boys to become active in our communities.

Living my whole life either in large, uncontested blue states or Washington, D.C., I’ve constantly battled the refrain that my vote doesn’t make a difference. But we have to remind ourselves that we vote because it’s about more than just a presidential contest. Beyond votes in presidential elections to indicate things like “mandates,” even more important are the votes that we cast for our local leaders.

Every day, decisions that are made at the local levels by school boards and councilpersons shape things like the number of trees on our streets, the safety of our playgrounds and the justness of our classrooms. The wonder of the American system is that votes and decisions at these local levels trickle up to shape the federal system, and there’s a power in that for each of us.  I vote because I have tremendous privilege to be part of the shaping of not only society but also my neighborhood today and in generations to come.

I remember casting my first ballot against Richard Nixon back in 1972, a year when my candidate only won Massachusetts and the District of Columbia. I voted then and vote now to honor those who came before me who protected and expanded our right to vote, including members of the women’s suffrage movement who finally secured the vote for women in 1920 to those who lowered the voting age from 21 to 18 with the slogan, “If you’re old enough to fight, you’re old enough to vote” to service members who defeated tyranny and protected our rights in World War II.

And of course, my vote honors those who marched in Montgomery, Selma, Birmingham and elsewhere, and were threatened, beaten and killed to secure voting rights for all. To me, not voting would be a disservice to those who have made the sacrifices to make voting available to all, as well as all those today who fight against suppression of the right to vote.

Today, I vote for the next and future generations. As a “senior,” I guess I am supposed to vote to protect my social security and my tax rate, but I really vote for the future of our country. My generation has done some great things including promoting equality and ending a war. But we’ve also left future generations with the challenge of climate change, income inequality, racial injustice and a Supreme Court that is likely to make rulings for decades that may not be supported by most Americans.

I am hopeful that the next generations can continue the progress we started, and I look forward to the day when my grandchildren cast their first votes. 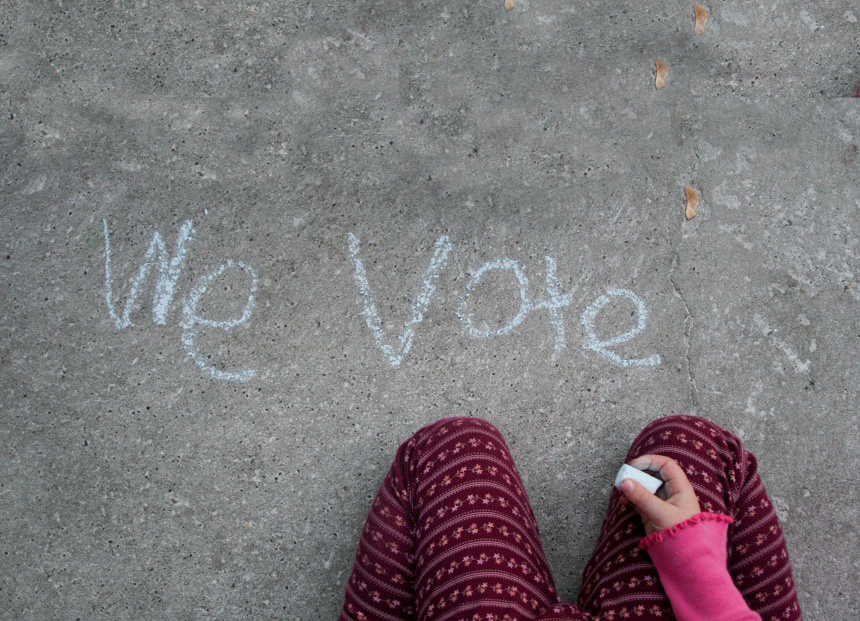