This article is an initiative from APCO’s Europe Diversity & Inclusion Council, with contributions from colleagues across the region.

In London, Paris, Berlin, Frankfurt, Rome, Milan, Brussels and many other cities across Europe, tens of thousands took to the streets in solidarity and to tell their own experiences of police brutality, inequality and racism. Despite the pandemic, masked supporters flooded city squares, brandishing signs, raising their fists, taking a knee and tearing down statues of slave traders and colonial authorities. The summer of 2020 felt like a historical turning point.

A few months later, the momentum has subsided, and many questions remain: how can we ensure that this wave of indignation translates into concrete changes? How do we make sure that we keep having meaningful conversations around systemic racism at the national and European level? As October marks Black History Month in the UK, is it about time we start to celebrate it across Europe?

In this post, APCO colleagues from Germany, France, Italy, Belgium and the UK share their views on the impact and the legacy of the BLM movement in their respective countries and discuss the opportunities and limits of establishing Black History Month celebrations across Europe.

A moment of reckoning

As the global BLM movement gained momentum, protesters in Europe pushed for a new acknowledgement of their countries’ histories of racism.

In Germany, in the wake of George Floyd’s death, 15,000 people protested against racism in Berlin, making efforts to respect social distancing regulations. Some spoke out about the country’s reluctance to acknowledge its colonial history and shared their experience of racism in Germany.

In Belgium, around 10,000 people gathered for a demonstration in Brussels. The country’s dark colonial history, especially in the Democratic Republic of the Congo (DRC) under the regime of King Leopold II, was once again thrown into sharp focus. Statues of Leopold II and his Generals were daubed with red paint and several have been removed. The revisionist colonial history lessons most students in Belgium receive, if any, are finally being corrected and will become mandatory in school curricula. At the end of June, King Philippe publicly acknowledged Belgium’s brutal past but stopped short of an apology.

In France, the violent and deadly arrest of George Floyd resonated with acts of police brutality that occurred around the yellow vests movement and the death of Adama Traoré, a young Black man who died in police custody in 2016. The BLM movement has heightened the political authorities’ awareness of the organisations that have been working for years on integration, social mixing and facilitating access to social assistance such as housing, education, health and employment.

Although not the country’s first reckoning with race, something about the summer of Black Lives Matter in the UK—the discourse, the protests, the ideas and indeed the actions—felt different. In Bristol, protestors tore down the statue of slave master Edward Colston, a member of the Royal African company, responsible for transporting approximately 100,000 slaves from West Africa to the Caribbean and America. Within hours of its removal, a petition circulated to replace Colston’s statue with one of racial equality campaigner and Bristol native Dr Paul Stephenson. At the time of publication, it counted 75,000 signatures.

In Italy, however, the BLM movement was reported, but not embraced. The media mostly treated the protests as a news story rather than a cultural phenomenon worth being discussed and analysed. There is still reluctance in the Italian society to acknowledge the country’s ethnic diversity, and Italians of different ethnicities are still often perceived as strangers who belong to other cultures. This was certainly influenced by the predominance, in recent years, of the migration crisis in the public debate.

While many European countries, including Germany and France, don’t gather data on the race or ethnicity of their citizens, the 2018 study “Being Black in the EU” by the EU’s agency for fundamental rights (FRA) showed that “people of African descent in the EU face widespread and entrenched prejudice and exclusion”.

The public outcry witnessed across Europe has shown an unequivocal desire for change and for meaningful discussions on the prevalence of systemic racism in the region.

In the United States and the UK, Black History Month partly serves this purpose, as an annual commemoration of the history, contributions and achievements of members of the Black community. In many European countries, however, it is still relatively unknown.

In Belgium, one of the few European countries to mark Black History Month, the celebration takes place in March, but is not yet as established as in the UK and United States. It is generally overlooked by mainstream media and much of the publicity takes place through social media and by word of mouth.

Establishing a Black History Month in the region can only take place in a more bold, long-sighted cultural project to eradicate the racism that is still deeply embedded in European societies. Furthermore, celebrations and awareness days must reflect the complexity of the Black experience and heritage, taking into account each country’s history.

As the pandemic continues to unravel across the region and disrupt every aspect of society, from workplaces to education, the unprecedented support for the Black Lives Matter movement in Europe offered a glimpse of hope. The creation of the Europe Diversity and Inclusion Council at APCO is an effort to seize this historical moment and make sure that we do our part to bring about meaningful change. 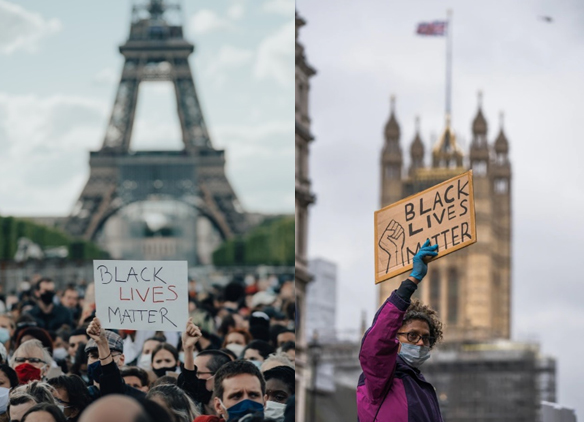