First, hats off to House Leadership for sticking with it and not giving up on their pledge to repeal and replace the Affordable Care Act (ACA).

By the barest majority vote of 217-213, Republicans in the House of Representatives voted to make major changes to the ACA (while Republicans will call this repeal and replace, their bill left large parts of the ACA intact). While there will be much celebrating in some parts of Washington, it is unknown what this vote means for the future of the law and it is unclear what the political impact of this vote will be.

In other words, did they vote to repeal and replace, just make major changes to the ACA, take a politically risky vote that the Senate will not act upon or risk losing majority control of the House in 2018? Or perhaps all four? No one knows.

The U.S. Senate, a notoriously independent body that often lets House-passed legislation die or alters it to a degree that a conference committee becomes a brand new negotiation, has not shown its cards on how it will proceed. Because this was done under the rules of reconciliation, the Senate only needs 51 votes in support of the bill to pass it. Republicans hold 52 seats so the math is easy. Lose 3 votes and the bill dies, lose 2 and President of the Senate Vice President Mike Pence breaks the tie.

However, at this time it not known if they have the votes given previous statements about the House bill from various Republican Senators including Rob Portman (OH), Shelley Moore Capito (WV), Cory Gardner (CO), and Lisa Murkowski (AK) who all voiced concern about the Medicaid provisions in the bill. In addition, several of the chamber’s most conservative members – Senators Ted Cruz (TX) and Rand Paul (KY) – have voiced concern that the House bill does not go far enough and Senate leadership has also said that whatever happens it will not be a quick trip through the U.S. Senate. Already, several senators have expressed changes they would like to see in the bill including restoring funding to Planned Parenthood, fixing the Medicaid provisions, doing more to address health care costs and, for some, moving the bill in an even more rightward direction.

Beyond the policy differences with the bill expressed by senators, it must also pass muster with the parliamentarian because reconciliation bills must meet the standards of the “Byrd Rule.” The Byrd Rule requires that all reconciliation bills do not significantly increase the federal deficit beyond the ten-year budget window that Congress operates on, or is an “extraneous matter.” There are six tests for what constitutes an extraneous matter. And while no one has yet to voice a concern that the House bill will not meet the requirements of the Byrd Rule, the answer to the question will not be known until it is asked of the parliamentarian.

However, it must be noted that House Speaker Paul Ryan and his leadership team, although mostly Speaker Ryan, have thrown the proverbial monkey off their backs. And most importantly for Ryan, he has staved off for the foreseeable future any challenges to his authority or position.

While acknowledging this significant victory, the House vote to repeal and replace the ACA was just one step in a journey that is long, unknown and perilous. But hats off to House Leadership for taking the step into the unknown.

For more on this topic, watch the following video:

For another perspective on this topic, Anthony DeAngleo shares the political impact of the American Health Care Act here: 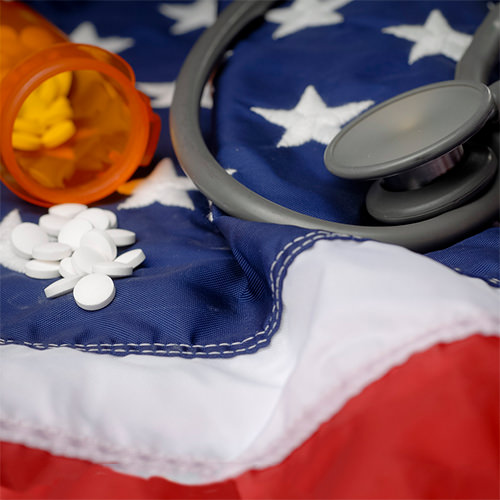