This article was originally published by Morning Consult.

For the past two and a half years, the mantra by some has been a combination of gridlock, hyper partisanship, toxic tweets, claims of socialist policies and failed repeal and replace efforts. The belief is that Americans need to wait until November 2020 for the next chance at any real progress.

That’s the conventional wisdom in today’s hyper-political environment. But the reality is much more complicated—and positive.

In healthcare, change is everywhere, affecting every patient and healthcare provider. The changes are driven by new policy directions, economics, advances in disease diagnosis and treatment and new resources for public health responses.

Meanwhile, by focusing on the negatives and on the politics, many observers have missed the changes that are taking place.

When I served in the Office of the Secretary at the Department of Health and Human Services and at the Food and Drug Administration, we often remarked that so many missed some of these seismic changes and the leadership driving them. It is true that early on in the administration, from a policy standpoint, it was all about repeal and replace.

However, as more policies were implemented, many observers continued to miss the progress. We sometimes wondered whether it was because they could not see through their partisan lenses or because they believed that legislation is the only sign of progress.

True, some important legislation has passed over the past two and a half years, including opioid funding in fall 2018 and FDA user fee reforms in August 2017. But much has been done without legislation. For instance, the administration has helped change the narrative by seeking to reduce high drug prices through government policies and by showing how a federal/state approach can address the opioid epidemic.

As we look to the future, it’s important to recognize recent progress: Drug price increases have leveled off. Opioid deaths are down. Affordable Care Act premium hikes have stabilized, and coverage choices have increased. HHS’ kidney care innovations proposal is shaking up the industry by shifting to a more home-based model.

Innovative value-driven healthcare models have been developed and proposed by the team at the Centers for Medicare and Medicaid Services. There has been an executive order and new focus on addressing “surprise billing.” The FDA has achieved historic levels of drug approvals—both brand and generic—eliminated outdated regulations and launched a multipronged effort to combat teen vaping. Former Commissioner Scott Gottlieb’s effort to slash the amount of nicotine in cigarettes led The Washington Post to proclaim on its editorial pages that it’s one of the “most important public-health initiatives of this century.”

This fall, we can expect the following developments:

Looking toward 2020, more change is coming:

In short, we should expect continued healthcare debate and continued coverage of pre-existing conditions. Prescription drug companies will be better positioned if they acknowledge patients’ sticker shock, support policies to reduce costs—such as rebate reform—and embrace more transparency.  Democratic candidates will target companies, and the administration will continue advocating for solutions no matter whose bottom line is hit.

Since 2017, the healthcare narrative indeed has changed, and more changes are coming, all with very few Rose Garden signing ceremonies. Buckle up for more change in 2020. 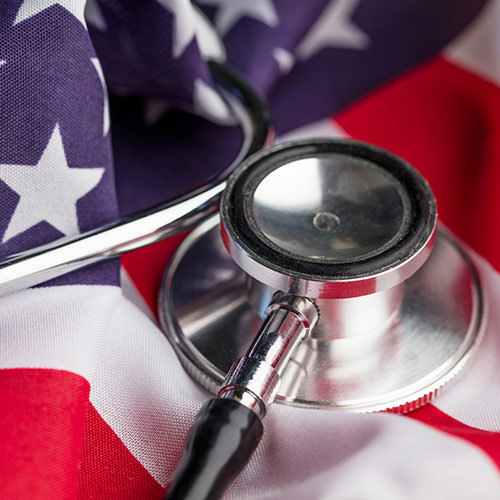