Two significant elections take place in May 2022 on islands at opposite ends of the Eurasian landmass. The Philippines will have their sixth regular presidential election since the Revolution of 1986, which deposed long-time President Ferdinand Marcos and Northern Ireland will elect its regional Assembly for the sixth time since the 1998 Good Friday Agreement. Both elections take place against a background of political crisis.

Filipino voters will choose both their president and their vice-president, on different ballots. Ticket splitting is permitted, and can result in the two winners from different parties. This actually happened in the 2016 election, when the authoritarian President Duterte failed to carry his running-mate, Ferdinand Marcos Jr or “Bongbong”—the son of the former president—to victory. Instead, liberal candidate Leni Robredo won the vice-presidency by a margin of 260,000 votes out of over 41 million.

The president of the Philippines is restricted to a single six-year term in office, so President Duterte cannot run again. The two front runners to succeed him are the same two who contested the vice-presidency in 2016. Bongbong Marcos, whose father held this office from 1965 to 1986, is running with Duterte’s endorsement against Leni Robredo, the incumbent vice-president.

This theme of family politics continues in the vice-presidential contest, Marcos’s running-mate is Sara Duterte, the daughter of incumbent President Duterte. As if that was not enough, Robredo’s running-mate, Francis Pangilinan, is being pushed into third place in the polls by his own wife’s uncle Tito Sotto, an independent candidate for vice-president. Both Pangilinan and Sotto are senators at present.

These dynastic dynamics may be complicated, but the opinion polls give a straightforward prediction: Bongbong Marcos and Sara Duterte are far ahead of Robredo, Pangilinan and Sotto, Both are likely to get more than half of the votes in their respective sides of the single-round election.

Many civil society commentators have expressed concern that Marcos and Duterte are likely to continue the authoritarian tactics employed by both of their fathers. The campaign has already been rewriting the history of the massive criminality and abuse of the previous Marcos era.

This begs the questions: will Filipino institutions be strong enough to check the worst excesses of an over-reaching executive? The jury is still out.

Meanwhile in Northern Ireland, a quieter crisis is reaching its head. Although the peace agreement signed on Good Friday in 1998—two days before Easter Sunday—enacted a power-sharing government, bringing together politicians from the pro-UK Unionist majority, the traditionally Protestant and the traditionally Catholic pro-Irish Nationalist minority. But the implementation of the Good Friday Agreement has come under increasing strain in recent times, for two somewhat different reasons.

First, Brexit deeply undermined the foundations of the peace agreement and cooperation across the land border between Northern Ireland, which remains part of the UK, and the Republic of Ireland, which has been an independent state for almost exactly a century. Irish and British membership in the European Union turned the border into a zone of indifference, as regulations converged and customs formalities were abolished. The UK’s departure from the European Union resurrected these problems.

In late 2019, British Prime Minister Boris Johnson agreed that Northern Ireland should remain in the European Union’s customs zone, and that it should continue local convergence with EU regulations. Unionists were dismayed by this commitment, but the Irish government and the EU were equally dismayed when Johnson declared that he did not really feel bound by this declaration.

The Democratic Unionist Party (DUP), the largest of the Unionist factions, now faces an internal crisis. They had empowered Johnson to bring down his predecessor, Theresa May, by opposing the agreement that she had negotiated with the EU over its Northern Ireland provisions. Yet once the DUP helped Johnson into office, he enacted a treaty that was even less to their liking. The DUP fired two leaders within a month of each other in mid-2021, but still failed to regain control of the narrative.

At the same time, the traditional dominance of Unionists over Nationalists has been crumbling. In the last Assembly election in 2017, 40 of the 90 seats were won by Unionists and 39 by Nationalists with the DUP winning 28 and Sinn Féin, the largest Nationalist party, winning 27. The rest were held by the veteran middle-ground Alliance Party, the Green Party and the leftist People Before Profit Alliance.

The fragile institutions of the Good Friday Agreement require the broad assent of both sides to continue functioning. Many Unionists find it difficult to serve in office with Sinn Féin, which has strong links to the Irish Republican Army—the paramilitary organisation that killed more people than any other body during the three decades of the Troubles from 1968 to 1998. But the alternative to accepting Sinn Féin as a government partner is to have no locally accountable government at all, and to trust in direct rule from London. Both are tough propositions.

Polls indicate that the DUP is likely to remain the largest Unionist Party, and that Unionists as a whole are likely to remain more numerous than Nationalists. But crucially, the DUP’s lead within Unionism has been deeply eroded, and it is likely that Sinn Féin will win more seats, and therefore the right to nominate the First Minister of Northern Ireland within the governing Executive. Likely gains by the middle-ground parties would also undermine the binary ethos of the peace settlement. It remains to be seen if those who are elected in May 2022 are ready to continue implementing the commitments of 1998. 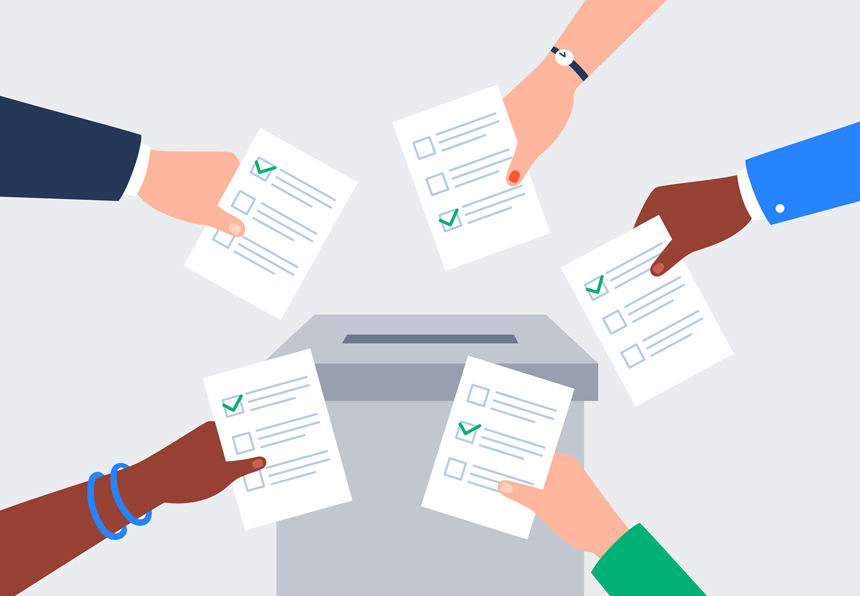