In what was not a surprise, Republicans gained control of the U.S. Senate and gained enough House seats to have a near historic majority. What was a surprise to most, though not all was the number of seats gained in the Senate. The GOP won all the seats they had to win and then some, and appears on their way to a 54-46 advantage.

So the question now is does the size of their majority matter and what does it mean for health care, an issue the GOP ran on in almost every race – House or Senate. The short answer – no.

The longer answer is a little more complicated and depends on a few key factors.

It seems clear given their rhetoric of the last two years that the GOP will now move legislation to repeal the ACA, as Senator McConnell, soon to be Majority Leader McConnell, likes to say “root and branch.”   This effort will not succeed because the GOP does not have enough of a majority to override a Presidential veto that is sure to come to any full repeal bill. The GOP leadership knows this, but is and will be under great pressure from the hard core grassroots who helped them get to the majority and Tea Party Senators and Representatives to hold such votes in the House and Senate. All you need to look to for proof of this pressure was the reaction to Senator McConnell of just a few days ago when he told Neil Cavuto that the votes to repeal did not exist. The reaction was immediate, strong and clear – do not speak such heresy.

So, once that effort fails, it is likely they will pursue a strategy of trying to pick off specific parts one by one:  IPAB, medical device tax, the individual mandate, the employer mandate, the 30 hour work week threshold, the 3Rs and perhaps subsidy levels. The question is will the President approve any of these?

A lot depends on how work is progressing on other non-health care issues like the Keystone Pipeline, an infrastructure bill, tax extenders, trade and even tax reform.  If the two sides begin to cooperate as they have both said they are prepared and want to do, then the President might be willing to sign-off on some of the more innocuous provisions such as repeal of the IPAB or 30 hour work week threshold and the Medical device tax, which has a strong bi-partisan (and near veto proof) support and thus may pass without the President’s approval. We shouldn’t forget he did agree to other non-crucial changes including repealing the long term care benefit and a provision regarding small business.  But, if cooperation/consensus is not happening, then he probably won’t sign-off on anything, which if that is the case, then gridlock for the next two years is likely.

And gridlock is only good for one person, and that’s Hillary Clinton.  Because then she can run against a do nothing GOP Congress, and the GOP nominee would have to defend GOP inaction at a time when there is one message that the voters all seem in agreement about – work together to govern this country!

The other activities to watch out for and could be a pathway for changes to the ACA are the extension of the Continuing Resolution (CR) that funds our government, which expires December 11, and Budge Reconciliation.

The CR, of which Congress will meet in a “Lame Duck” session beginning the week of November 10th, would be a difficult and high risk path to use for changes to the ACA.  First, with the Senate majority changing hands, the GOP will be in no mood to do much beyond extending funding until sometime in the future (though there is an argument that each side might agree to do it through the end of the fiscal year – September 30, 2015 – to avoid a government shutdown scenario), the newly elected members of the GOP all talked about going to Washington to reduce spending and the deficit, so the current membership will be under pressure not to pass a long-term CR. Betting money says it will be fairly clean.  If the GOP insists on filling it up with provisions that only they want to see passed (this would have to come from the House), we could see another government shutdown in early December right before Christmas and the President won the last showdown and would have no reason to back down.

The other scenario for changes that has been offered up is to use Budget Reconciliation.  This was the same vehicle that Democrats used to pass the ACA (and the main reason it is such a tortured law), so the GOP figures what’s good for the goose is good for the gander.  But this road is not a sure bet.

A lot of hope is placed by the GOP on the fact that Budget Reconciliation only requires 51 votes to pass (i.e. it is not subject to a filibuster).  However, in order to use Budget Reconciliation, each Chamber must first pass a budget, which is subject to a filibuster in the Senate. So, we are back to square one, to move legislation without compromise in the Senate parties need 60 votes. At best the GOP will have 54.  But just for a minute, let’s suppose the GOP gets enough Democrats to join them to pass a budget, and then pass a Reconciliation bill. The President can still veto it and the GOP would need 2/3 of those present and voting to override a veto, which is 67 votes in a full Senate.  They would need the same percentage in the House. So, if this is reality, what is the GOP to do? One idea would be to load up a Reconciliation bill with provisions that Democrats and the President want along with GOP desired changes to the ACA.  Would the President bite, hard to tell, but the odds are long.

So, in the end, it looks like the ACA will see lots of fury and smoke and not any real fire and change. 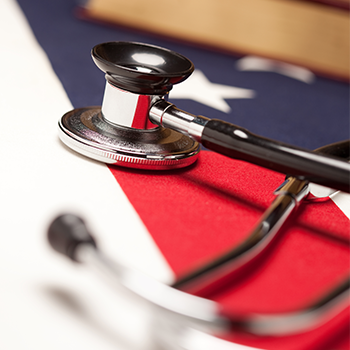