This article originally appeared in The Economic Times.

We are living in a highly volatile time with uncertainty in world affairs. Assuming the role of leader of the free world is both an incredible opportunity and an immense challenge. The new president is entering office at a time of seismic change, where a local brushfire can fast become an all-consuming regional firestorm at a moment’s notice.

Dousing these fires and managing crises is the responsibility of every president. America can and must continue to lead and serve as an example of the world we aspire to leave for the next generation. But America is not alone.

We have strong relationships and deep partnerships with other nations that have been built over decades; none more important than our relationship with India. Every president and their national security team must also devote time and resources to the carefully calibrated set of strategic priorities that will define their presidency.

Eight years ago, President Barack Obama entered a complicated global stage. When he asked me to serve as the US ambassador to India, I knew it was an opportunity to not only represent the country I love, but to help shape the defining partnership of the 21st century with India.

Our many similarities may not be instantly apparent, but they are strikingly deep. Our constitutions begin with the simple phrase, ‘We the People’. Our citizens are proud, innovative and always looking towards the future. A world in which America succeeds is a world in which India succeeds, and vice versa. We are both promoting common international values of democracy, freedom, diversity and human rights.

We will have a new US ambassador to India. And President Donald Trump will have frequent conversations with PM Narendra Modi and realise the incredible benefits of this partnership.

These discussions must include the goals and strategy to moving this relationship forward. There are four areas the US should work on to build on past progress. These will help President Trump’s goals to strengthen America, and also further deepen the relationship that can define the 21st century.

First, defence and security cooperation have significantly increased at the bilateral level and should be expanded to trilateral and multilateral relationships with Australia, Singapore, Japan and Malaysia. Counterterrorism and intelligence-sharing have improved significantly. Still, ongoing tensions with Pakistan will continue to create instability on the border.

Acalming of potential hostilities with Pakistan will allow India to look towardsgreater regional security opportunities with Afghanistan. With the South China Sea a rising hotspot, the US, India and Asean partners can play a significant role in counterbalancing forces of insecurity and instability. The Indian Ocean and the Strait of Malacca are now critically important trade routes for the world economy.

Second, Indians could be included in more efforts worldwide to combat ISIL and international terrorism. India and the US are setting a gold standard for global security by tackling the most pressing issues that face the international community today, including counterterrorism operations, intelligence cooperation and cyber security. A strategic Dialogue on Homeland Security, started in 2010, should be reenergised.

Third, economic and trade issues need attention and solutions, and new sector or state-to-state agreements are worth exploring. Both President Trump and PM Modi intimately understand how business is conducted. While bilateral trade can be a major frustration in the relationship, making progress on intellectual property, anti-corruption efforts and cutting needless red tape could help unlock the great economic power of our two nations. With targeted work and important breakthroughs, we can increase annual bilateral trade between the US and India from just over $100 million to $200 million or $300 million.

Finally, education and health initiatives are driven by government agreements, but also people-to-people ties, social entrepreneurship and philanthropic organisations. Our respective democracies can be even better aligned in these crucial areas, including community colleges and universities.

Working closely, the US and India have increased treatment success rates of tuberculosis to 87% and reduced the spread of AIDS in India by a third over the last decade. We have also engaged in meaningful student exchanges.

As the US looks forward to opportunities to strengthen world peace and serve the American people, the critical bilateral partnership with India — built on years of friendship, trust and hard work — can solve problems and promote global prosperity. The Trump Administration must prioritise this relationship, and the sooner the better. 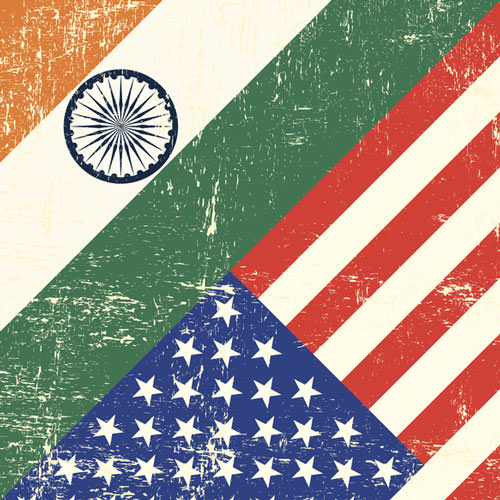