The German constitutional court recently caused huge waves with its 5 May ruling on the legality, under German law, of the European Central Bank’s bond purchasing programme—an essential element of the EU’s plan to reduce the economic impact of the COVID-19 pandemic. The ruling does not immediately change anything, but its very existence is a blow to the EU’s independence in its own spheres of competence—struck by the judges of a country which sees itself as at the very centre of the European project. The assertion of a member state’s authority over the European Court of Justice on a matter of EU law is unprecedented, eroding the predictability which is the EU’s greatest asset, and creating uncertainty for business.

For many observers, the ruling of the German court was extraordinary. Prof. Dr. Peter Meier-Beck, a presiding judge at the German Federal Court of Justice, located a kilometer south of the Constitutional Court, reacted to it with erudite horror, accusing his neighbours of willfully misunderstanding earlier European Court of Justice rulings. Commission President Ursula von der Leyen, herself a former German government minister, reacted with a strong statement (unusually, released on a Sunday, presumably to catch the Monday morning news cycle) emphasising that “the final word on EU law is always spoken in Luxembourg. Nowhere else.” Exceptionally, two of the constitutional court judges themselves pushed back in defensive public statements on 13 May.

Looking at the ruling in isolation, this may seem like an overreaction. All that the court has done is to request a more detailed explanation from the German government of how the ECB’s actions align with its mandate—and presumably the ECB knows what it is doing, and will be able to give good reasons for what it has done, if it is so inclined. (If.) The German government, currently preparing to hold the EU’s rotating presidency from July to December this year, will certainly try to de-escalate the situation.

But in fact, this affair exposes hidden constitutional fragility in both Germany and the EU. As former ECJ Advocate-General Miguel Poiares Maduro argues, the formal elements of the judgement may be easily dealt with, but the bigger problem is the German court’s direct intervention in the actions of the European Central Bank. When the euro was being set up, Germany fought (rightly and successfully) for the ECB’s independence; now it seems that the Bank’s independence is acceptable only as long as, and insofar as German judges like it.

The real problem here may in fact be Germany, which alone of major EU countries has not had a major constitutional restructuring in the last seven decades. France had its 1958 crisis, Italians had the Second Republic of 1992, Spain, Portugal and Greece returned to democracy in the 1970s and Poland and the rest of Central and Eastern Europe in 1989. Even the UK, before Brexit, had seen massive internal transformations over the last half-century.

Yet Germany continues to run under the Basic Law accepted by the defeated and divided western sectors in 1949; it was envisaged that a new constitution would be written in the event of reunification, but in fact, both Ursula von der Leyen’s former home, the Saarland, and the former East Germany were integrated into the Federal Republic (in 1957 and 1990 respectively) with no fundamental constitutional change and only minor subsequent tinkering.

Sovereignty is something very different in 2020 compared to 1949, not least in Germany. By definition, if the eurozone and the EU are to integrate further, the sovereignty of member states will be further pooled. So far, Germany has found ways of stretching the Basic Law to accommodate that process. The Constitutional Court has now indicated that there may not be much more elastic to stretch in the current dispensation. Chancellor Merkel, with Germany’s EU Presidency imminent, recognises that stronger joint European political action will be needed in future. Germany has the most to give here, and will have to give the most. 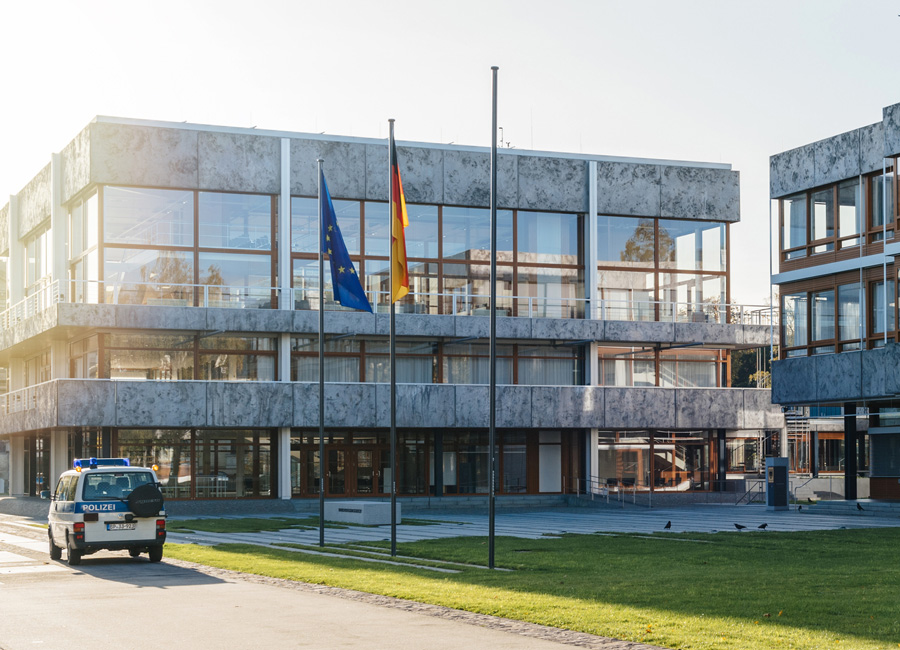