On August 9, President Biden signed a major piece of legislation into law aimed at boosting U.S. semiconductor production and spurring innovation across a range of advanced and emerging technologies. The legislation—known as The CHIPS and Science Act—commits over $280 billion in federal funding to ramp up domestic semiconductor design, research, and manufacturing capabilities, and increases federal support for R&D in areas like AI, quantum computing, advanced energy, and biotechnology.

The bill aims to reduce foreign dependence on semiconductor production in geopolitically sensitive locations—such as Taiwan—and increase the federal government’s role in funding research in strategic areas of science and technology. Its overarching goal is to preserve the United States’ economic and technological dominance and bolster supply chain resilience, with China’s rise serving as the primary driver behind what many are characterizing as a form of industrial policy.

The CHIPS and Science Act is more comprehensive than the initial CHIPS Act—chiefly because of its robust R&D provisions—and is likely to have a positive impact on the semiconductor industry, chip-dependent industries, and the broader U.S. economy over the long term. However, questions remain over the feasibility of re-shoring chip supply chains, which are highly complex and span far beyond design and manufacturing. Even if the United States succeeds in expanding its global share of semiconductor manufacturing capacity over the coming years, the broader supply chain is likely to remain highly dependent on a variety of obscure inputs and services that are critical to enabling factories to operate.

What’s in the bill?

The main provisions of the CHIPS and Science Act includes $39 billion in direct financial assistance for the construction and expansion of semiconductor fabrication facilities; $11 billion for semiconductor manufacturing research and workforce development; $2 billion for accelerating defense spinoffs from chip-related laboratory advancements; a 25% tax credit for companies that invest in semiconductor production in the United States; $1.5 billion for public wireless supply-chain innovation; and $170 billion to support R&D in advanced and emerging technologies. Another provision bars chip companies receiving funding under the legislation from expanding production of more advanced chips in China and Russia.

The R&D funding will be divided among a range of federal agencies over the course of five years. These include the National Science Foundation—which will receive $20 billion for a new R&D directorate and $61 billion to support research at universities and other organizations—as well as $50 billion for advanced energy programs within the Department of Energy. The Department of Commerce will also be tasked with creating regional technology hubs to help spur the equitable creation of tech jobs across the U.S. Within the Department of Commerce, the National Institute of Standard and Technology (NIST) also receives a boost in funding, authorizing $9.68 billon over the next five years, including funds for the Hollings Manufacturing Extension Partnership (MEP).

The CHIPS and Science Act is trimmed down from the broader China competition package the Senate and House had been negotiating for months. Some provisions that were cut include new sanctions on Chinese officials suspected of committing human rights abuses against Uyghurs, the reinstatement of Section 301 China duty exclusions and the addition of the National Critical Capabilities Defense Act (NCCDA) – a controversial measure that would give the federal government the power to screen U.S. outbound investments to China in sectors deemed critical to national security. We expect the Republicans to take up provisions from the larger competition legislation in the next Congress when they will likely have the majority in the House of Representatives and in a better position to strongly drive the legislative agenda.

The United States’ share of semiconductor manufacturing capacity has declined by 25% since 1990 and sits at just 12% today. This has largely been the result of shifting comparative advantage—such as U.S companies specializing in higher-value chip design—and offshoring manufacturing to places like Taiwan and South Korea, which possess world-class advanced semiconductor manufacturing capabilities. East Asia currently accounts for 75% of global chip manufacturing capacity. High construction costs in the United States and the capital-intensive nature of building advanced fabs led companies like Intel to make their proposed investments in the United States contingent on government incentives. With federal funding now secured, numerous fabs in places like Arizona, Texas and Ohio are expected to be built over the next several years.

Other beneficiaries of this legislation are chip-dependent industries including aerospace, automotive, communications, defense systems, information technology, manufacturing, medical technology, and others. Chip shortages caused by the pandemic have led to severe business disruptions—particularly in the automotive and consumer electronics industries. In 2021, for example, shortages cost the global auto industry an estimated $210 billion in lost production and revenue. The experience over the last two years has exposed both the fragility of the global semiconductor supply chain and the havoc it can wreak on businesses when shocks occur. Much of the fragility stems from the concentration of risk coming from dominate suppliers in single locations. Taiwan, for example, accounts for 92% of the world’s most advanced semiconductor manufacturing capacity. Industries dependent on these types of chips will benefit from greater geographic and supplier diversity.

However, there are questions over the feasibility of comprehensively replicating semiconductor supply chains within the United States. Countries that already possess large semiconductor manufacturing capacity remain highly dependent on a wide range of parts and services from all over the world. These include things like niche valves, tubes and pumps needed to make equipment in fabrication facilities operate. There are also few suppliers that meet the high anti-contamination and regulatory standards required to produce these parts for semiconductor equipment makers and manufacturers. While fully replicating semiconductor supply chains within the U.S. may not be the intended goal of the CHIPS and Science Act, these chokepoints suggest that chip-dependent industries will remain vulnerable to disruptions even as the United States increases its advanced chip manufacturing capacity over the coming years.

This legislation kick-starts U.S. R&D, which in turn will benefit the U.S. economy over the long term. The federal share of total R&D spending has declined sharply over the past 60 years. In fact, today federal R&D is at 0.62 percent of U.S. gross domestic product (GDP), its lowest level since 1955 (pre-Sputnik levels). The CHIPS and Science Act will provide a critical boost – particularly in basic research. This type of research is experimental and theoretical as opposed to the practical and application-driven R&D typically led by the private sector. Public investment in basic research is critical for facilitating major scientific and technological breakthroughs that can birth entirely new products and industries. The semiconductor industry itself serves as just one of many successful examples. Public expenditures on R&D also have tangible economic benefits. In 2018, for example, public R&D supported over 1.6 million jobs in the U.S. The $170 billion provided by the CHIPS and Science Act will support a variety of work in a range of emerging scientific and technological fields that are likely to reshape the economy in the 21st century. 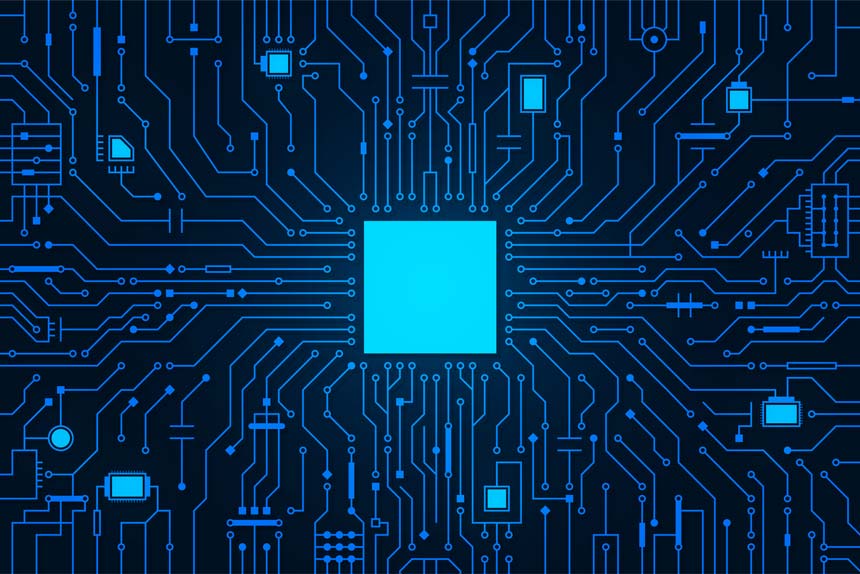