This is an excerpt from an article that originally appeared in CGTN.

Foreign multinationals will be closely watching China’s Two Sessions for any clues on changes to investment regulations and market access. That comes as recent business confidence reports show a mixed picture of the investment climate among foreign players in the world’s second-biggest economy.

Ahead of the Two Sessions, Brad Staples shared his wish list for China with CGTN:

China should improve market access for foreign companies and level the playing field for operators in the domestic market. I would like China to welcome investments in currently closed sectors such as telecoms, pursue a more open and free market, and to have a more balanced approach to foreign competition.

Drawing from the above, I would like China to strengthen its role as a global leader on free trade in the face of geopolitical and economic shifts around the world. President Xi Jinping’s speech at Davos was a positive signal that I would like to see translated in future trade negotiations.

China should foster a more open online environment. Open access to information is essential for businesses to generate new ideas and create new solutions for Chinese customers and important for personal learning and enlightenment.  While cyber security is an important concern, current internet restrictions hamper creativity and innovation, and can limit China’s vision of “Made in China 2025.”

China should be a promoter of peace and prosperity around its borders and globally. I would like China to pursue efforts to temper the DPRK’s destabilizing behavior while showing restraint in responding to potential incidents along its naval borders.

China should lead the charge against climate change. The strong commitments taken by the Chinese government should translate in rapid and swift domestic actions to fight air, soil and water pollution in the country, but also to pave the way in supporting the enforcement of the COP21 Paris agreement throughout the world. 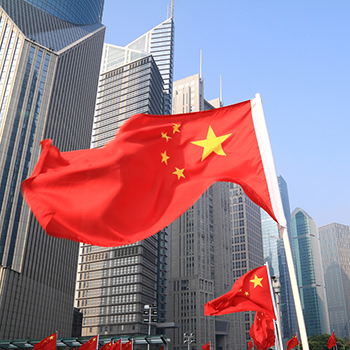