March 31st is International Transgender Day of Visibility. This day is dedicated to recognizing the resiliency and accomplishments of the trans and gender nonconforming community while also shedding light on the hardships the community still faces due to transphobia and bigotry. This day of celebration and education also lands on the final day of Women’s History Month. We don’t find these dates of recognition to be in opposition—rather, they present an opportunity to see intersectionality in action by examining how gender equality and trans identities intertwine to honor the experiences of trans women.

Intersectionality is much more than the last few years’ latest buzzword—it’s a descriptor of lived experiences that is critical in informing our worldview and work. When we talk about intersectionality, we mean a careful consideration of the ways our nuanced identities affect the way we move through the world, with a multiplicative effect based on the numerous identities we each carry.

While recent events have brought to the fore the clear onslaught on the human rights of transgender people—see Texas’ recent legislation that threatens to investigate parents who provide gender-affirming care to their children—this community has been facing inequality since time immemorial.

The numbers are horrifying. Transgender people are over four times more likely than cisgender people to be victims of violent crimes. Three hundred seventy-six transgender and gender non-conforming were murdered in 2021, reaching a record high. Black trans women are facing an epidemic of violence: in 2020, six Black trans women were found dead in just nine days. As Kerith Conron from the Williams Institute at UCLA said, the easiest answer to why Black trans women are disproportionately victims of fatal violence is that “[t]hey’re Black, they’re transgender and they’re women. Each of those distinct identities means that they face discrimination, prejudice and inequities on multiple fronts.”

We must hold ourselves individually and collectively to a standard of combating injustice and driving organizations and institutions with power to create a better, more equitable world. Knowing what we mean when we talk about equity is vital for this. It requires recognizing the most marginalized among us and ensuring that they are centered in our lives and work to shift the imbalance that harms the lives of so many.

We stand strong in our values, that when we as APCO Worldwide talk about women, our definition is inclusive of all women—including and especially trans women, who face significant and unique barriers at work, at home, and in the public sphere. If we fail to do so, we only contribute to a power imbalance that continues to suppress those who have been historically excluded from conversations around gender equality.

As representatives of APCO Worldwide’s Women’s Leadership Group and the LGBTQ+ ERG, we understand the identities we represent to be entangled with gender, sexuality, race, class, ability, geography and so many other lenses that have tangible impact on the way we move through the world. We must all be committed to always honor and recognize these lenses in our work and work lives. Trans and gender non-conforming people are not an afterthought in our work—they must be central, particularly as gender equality weaves a thread through so many of our clients. On this final day of Women’s History Month and on Trans Day of Visibility, we recognize and remember that trans women—particularly trans women of color—have shaped the course of history. Marsha P. Johnson and Sylvia Rivera led the marches of Stonewall.

Join us in celebrating Trans Day of Visibility by listening to trans stories, uplifting trans voices using the #TransDayofVisibility or #TDOV on social media, and learning more about the violence trans people face in order to become active allies in combatting transphobia and bigotry.

We hope that today—and everyday—we all see the world as it truly is and do everything in our power to ensure that each of us feels safe, included, and welcomed. 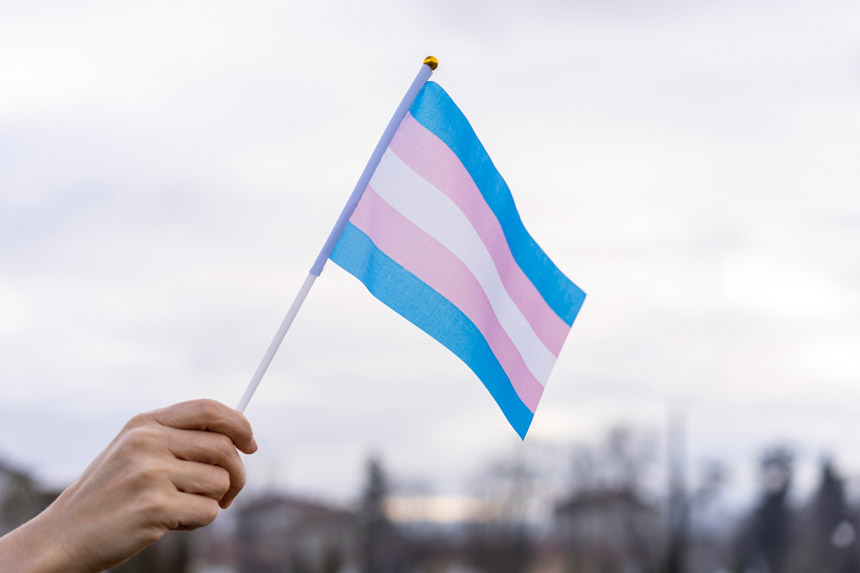