For much of the two and a half years since the UK’s Brexit referendum in June 2016, the process moved so slowly that it was difficult to believe anything was happening at all. But this week has been crucial.

On Monday, Prime Minister Theresa May postponed a parliamentary vote on the terms of Brexit, acknowledging that a majority of MPs would have rejected the Withdrawal Agreement and Political Declaration. Earlier in the day, the European Court of Justice confirmed that the UK has the right to unilaterally revoke its notice to quit the EU.

On Wednesday, the Prime Minister faced down a vote of no confidence in her leadership from her own MPs, winning support from 200 of them but rejected by 117, more than a third of the Conservatives’ parliamentary group.

And on Thursday, she attended an EU summit meeting in hope of further concessions which might help her persuade uncertain MPs, but came away empty-handed – indeed, the summit declaration was toughened, rather than softened, by other EU leaders.

How has this happened? Well, one can speculate (as POLITICO’s Ryan Heath has) about Britain’s failure to engage constructively with Europe for the last 45 years. But the crunch issue is the so-called “backstop” – a contingency plan for the continued seamlessness of the land border on Ireland between the UK and the EU, in the event that a full trade agreement between the two is not ready by the end of the UK’s transition period (the time up to at least December 2020 in which the UK makes the necessary preparations for post-EU commerce), as stipulated at an early stage by the Irish government.

Both the UK and EU agreed to this in principle; working out a convincing basis for the commitment proved trickier, and in particular Northern Ireland’s (Eurosceptic) Democratic Unionist Party – who dominate the region’s Westminster representation, and on whom the Conservative government depends for its parliamentary majority – oppose any solution which might weaken Northern Ireland’s economic links with Britain.

Enough Conservatives share the DUP’s concerns, or have other problems with the proposed deal, to deprive the government of a credible majority. None of the opposition parties (Labour, the Scottish and Welsh nationalists, the Liberal Democrats and the Greens) are inclined to save the Prime Minister. One lone Northern Irish independent MP supports the deal, but this does not get the Prime Minister very far.

So what next? Sir Ivan Rogers, who was fired in January 2017 as the UK’s ambassador to the EU, gave another of his masterful deconstructions of the state of play and the potential future in Liverpool last night. It is a long read, but well worth your time. He says,

Markets continue to react, or have until this week, as if something must turn up and that “no deal” is a virtually unimaginable scenario for politicians professing to be serious, to contemplate. That risk has therefore been seriously underpriced for a year or more, because we are dealing with a political generation which has no serious experience of bad times and is frankly cavalier about precipitating events they could not then control, but feel they might exploit.

I fear that he is right. As David Allen Green points out in the Financial Times, “no-deal” is the outcome that requires least work from any political actor – it will happen automatically on 29 March 2019, unless an alternative solution can command a parliamentary majority. Parliament cannot simply vote against a “no-deal” Brexit; an alternative must be positively chosen.

And unless the British government makes sincere and successful efforts to reach across the aisle and agree a joint approach with the opposition parties (as has happened under similar circumstances in Ireland and Denmark, and as APCO’s IAC member Sir Graham Watson urged immediately after the June 2017 election) it’s very difficult to see an option which can get a majority in Parliament – whether that be the currently proposed deal, an alternative deal (which the EU says it won’t negotiate), another referendum (for which there is no legislative framework and no agreed question) or a simple revocation of Brexit (as per the ECJ ruling; but this is surely impossible politically).

As long as Theresa May largely controls the agenda (if not the outcome), the only two options which are on the table are the existing deal, which she supports, and no-deal, which will happen by default if it is not prevented. Along with Stephen Bush in today’s i News, I used to think that MPs of all parties would be sufficiently exercised by the approach of Brexit Day to grit their teeth and reluctantly accept an imperfect deal which would at least preserve business continuity and postpone more difficult decisions.

Today, I am not so sure. 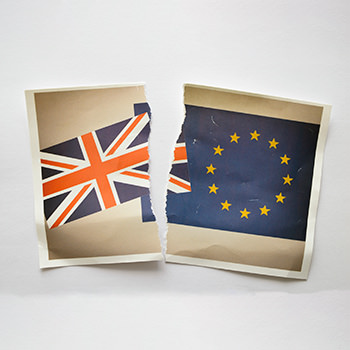