Emmanuel Macron looks likely to be the first French president to be re-elected since 2002. Opinion polls have him far ahead of the other eleven contenders in the first round of the election on 10 April, and comfortably ahead of any of them for the run-off that will take place on 24 April if—as is likely—no candidate secures a first-round majority.

Indeed, Macron’s polling lead over his rivals is bigger than that of any French presidential candidate at this stage of the race since General Charles de Gaulle won the first direct election of the Fifth Republic in 1965.

But, one should not exaggerate Macron’s achievement. His ratings are still in the low 30% bracket, level with the 31.1% support for Nicolas Sarkozy when he won in 2007. However, none of his rivals are getting more than half of that in the polls. In a divided political landscape, Macron stands out as uniquely credible.

The real race, in a sense, is among the other eleven candidates, to see who will challenge Macron in the second round and establish themselves as the political alternative to his La République en Marche (Onward the Republic) political party. At present, Marine le Pen, leader of the hard right Rassemblement Nationale (National Rally), seems the most likely with a rating in the upper teens. If she is Macron’s challenger on 24 April, the 2022 race will be a repeat of 2017, when Macron beat her by a two-to-one margin.

Three other contenders are within striking distance of Le Pen—if not of Macron. Two come from the right. Valérie Pécresse, president of the Île-de-France region which includes Paris, dramatically won the primary for the old mainstream party, Les Républicains (the Republicans), defeating four male candidates. And Eric Zemmour, best known as a TV commentator and journalist, is running an alternative hard-right campaign which started strongly but has faltered due to his visible inexperience. Two other right-wing candidates are polling very poorly.

Considering that the Partie Socialiste (Socialist Party) held the presidency for 19 of the last 41 years, the failure of the left to break through is remarkable. The Partie Socialiste candidate Anne Hildalgo, Mayor of Paris since 2014, is barely scoring above the margin of error in opinion polls, and the same is true for the Greens, the Communists and two other leftists. Jean-Luc Mélenchon, hard-left leader of La France Insoumise (France Unbowed) will be the main challenger from that side of the field; he came fourth in 2017 and is currently running third, in the mid-teens.

Two real winners are likely to emerge from this year’s election. The first, most obviously, is President Macron, who won with a new political movement in 2017 and has managed to survive the difficulties of keeping a novel coalition together, combined with the challenges of the COVID-19 pandemic and now a war in Ukraine. In any country, a crisis generally strengthens the incumbent government, unless the crisis is clearly their fault, and we are seeing that in France.

Macron’s generally centrist politics do not in fact resonate all that strongly with the average French voter on the right or the left. The right distrust him as not conservative enough, and the left see him as too “liberal” (a term which in France is applied pejoratively to the economic right rather than to the left). But his commitment to Europe, which he places front and centre of his vision, has proved a strong and popular differentiator with his rivals.

Macron was not the first candidate to win by challenging the existing political structures. Valéry Giscard d’Estaing did that in 1974, when after defeating the mainstream Gaullists but coming second a long way behind François Mitterand in the first round, he squeaked the narrowest victory of the last 60 years in the run-off. But Giscard d’Estaing was more of an establishment figure than Macron in the first place, and his political supporters have now merged with the Gaullist legacy in Les Républicains. Macron’s political impact has been more disruptive.

That takes us to the other winner of this year’s election: General de Gaulle, even though he has been dead for more than 50 years; some credit is also due to his first prime minister, Michel Debré, who died in 1996. Between them, back in 1958, they drafted the Constitution of the Fifth Republic, with its strong presidential role and, from 1965, the two-round presidential electoral system. This design was a reaction to the fragmented party politics of the Third and Fourth Republics, which had seen a succession of governments with weak legitimacy and slender parliamentary majorities since 1870.

De Gaulle’s restructuring of the French political system was designed to prevent any President from taking office without having gained the endorsement of a majority of voters, preferably a broad majority excluding the extremes. For that reason, Macron will hope that his opponent in the second round is on the hard left or hard right of the political spectrum, so that he can gain a convincing mandate. De Gaulle would not have entirely agreed with Macron’s politics—he was notably cooler on European unity than his successor—but he would certainly have appreciated his grasp of political strategy. 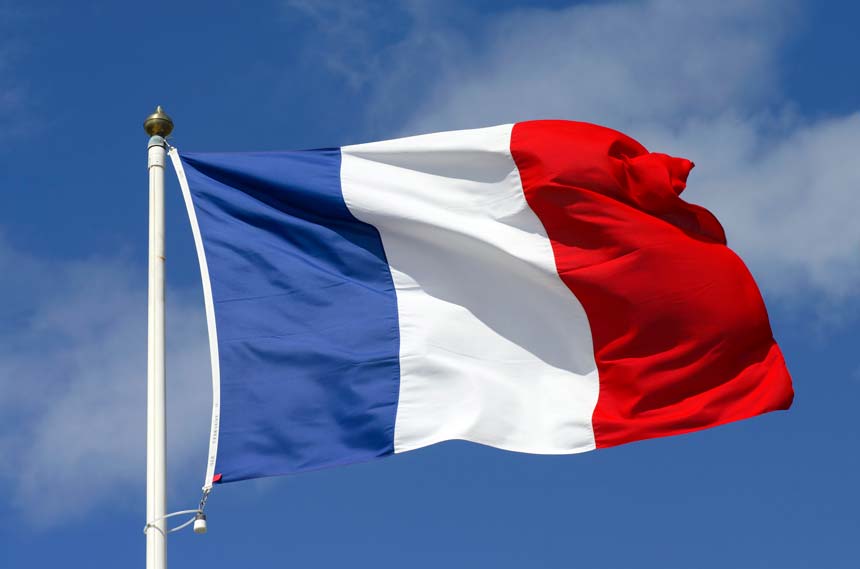