Now we are at the end of June, we should take a moment and appreciate the importance this month has for so many people around the world. For decades, social movements have fought for equality, recognition of diversity, and acceptance of basic freedoms. The LGBT community has endured countless struggles in its fight for equality and for many that fight for fundamental fairness is not over. But rather than dwelling on what is yet to be done, it is also important to take stock of the progress made in recent generations.

Our global society has changed remarkably. Social progress has leapt forward in recent years and is now undeniably more open to embracing inclusivity and diversity – it’s progress to be proud of.

Today our world is a very different place from the one I grew up in. Less than two generations ago, marriage was not equal, and homosexuality was criminalized in many European countries. The United States was making slow progress in breaking down racial discrimination barriers during the civil rights era. Women’s liberation movements and a younger, angrier generation were making calls for radical change across the developed world.

The passion and energy of these driving forces for social progress and equality enabled deep societal change. Grassroots movements were fighting for equal acceptance of LGBT people for decades. Sometimes overshadowed by other social struggles, LGBT movements remained part of a global community pressing for inclusivity, change, and progress.

Globalization, and the power of free movement of people and global communication, was a significant accelerator in exposing people to new ideas, personal experiences, and impactful stories. With increased connectivity, the progress and rights of one society were no longer confined. Movements connected and mobilized, sparking cross community debates and international discussions. Barriers were broken down, and communities were brought together in ways never seen before. Developments in health care and science eventually acted as a positive force for public awareness and discussion about the LGBT community, bringing the issue of identity to the forefront of mainstream discussions.

Successive LGBT figures in the arts, media, sport, politics and business shattered stereotypes and shed unfair stigmas. They were forerunners for wider tolerance, acceptance and understanding of diversity.

The corporate world is taking a stand too. Increasing activism is not limited to social groups and we’ve seen companies be more openly supportive of LGBT rights, within their broader support for equality, inclusivity and diversity. Brand activism is increasingly important in today’s society where consumers look to the values of companies as well as their products. The companies have come to realize they must represent the values of the modern society and they are often quicker to react to social change than political figures.

Our society has made huge progress in how we view LGBT rights and people within the community, while also re-evaluating our past behaviors and actions. In Britain, the contributions of national heroes like WWII codebreaker Alan Turing were, until recently, shamefully deliberately minimized. In less than twenty years, a deeply conservative Catholic country like Ireland went from treating homosexuals as criminals to having both marriage equality and its first openly gay Prime Minister in Leo Varadkar. In the United States, after decades of struggle, marriage is now recognized and treated as equal across all states and protected as such under the law, though challenges to that status are resurfacing.

In all of these scenarios, popular opinion evolved far faster than any law. It is a prime example of pressure from the broader public forcing change. Social change might have started with grassroots movements but issues of equality, diversity and basic fairness involve every segment of society.

The next generation of young global citizens will ask a simple but difficult question: ‘Why did it take so long?’ It is a difficult question to answer.  Barriers are broken down every day and society’s progression will continue this onward march but all of us have a role to play. There are many more equality related problems still to fight for around the world, but in the case of LGBT rights, it’s important to realize just how far we have come – and how far we still have to go. That is why Pride matters to me. 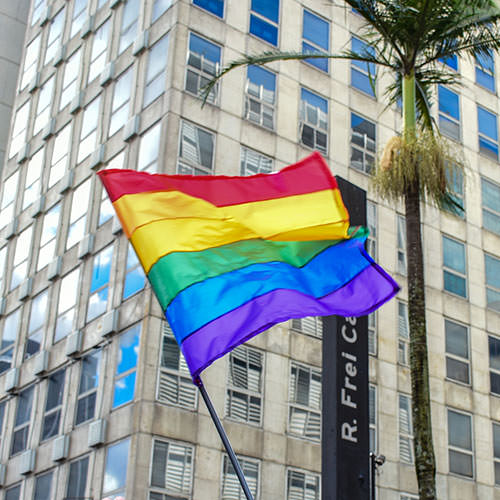