While many speak of an age of disruption or an era of instability, it is clear from a wider historical perspective that the events of 2019 represent the beginnings of a generational shift.

A groundswell of concern is leading to a collective reassessment of the value of business in society and its impact on the environment, the pace of the transition to new energy sources and the impact of socialising technology on humanity. I foresee 2020 being a year which crystallises that change. The trends set out below represent the core drivers of this new generational shift:

A global return to normal

The stability that marked international affairs in the last 30 years is, in broad terms, a historical abnormality. The political and societal shifts we see today towards populism and political irrationality are more in line with what was common in the past—a more unstable international order defined by protectionist trade relations elements and zero-sum politics. We are witnessing a meaningful adjustment of geopolitical outlook and strategy, and the redefining of friends and foes. The withdrawal of the United States from many elements of the international system has left a void where emerging powerbrokers and strongmen, not just China, are jockeying for position with the traditional global leaders in Europe and the West. President Xi of China has made a greater commitment to multilateral organisations, integrating into and reshaping UN bodies to their favour. India’s Prime Minister Modi increased his domestic dominance but risks genuine conflict with neighbouring Pakistan over Kashmir. North Korea poses a threat to the entire Pacific and Russia’s President Putin remains a global disruptive force to be reckoned with despite a weaker domestic economy. We should get used to this type of instability—it’s here to stay.

2020 will see trading relations shift with new political centres of influence, and with that shift will come new challenges for multinationals and companies seeking to navigate a fast-moving environment of populism and social unrest. Companies will need to be swift and agile to avoid being used as a political football or suffer the consequences of being on the wrong side. We can see continued disruption in China and Hong Kong causing more potential problems for multinationals doing business in the region. South East Asia will be squeezed more and more between China and Western markets risking the neutrality of corporate positions. Several Latin American economies, from Chile and Colombia to Bolivia and Ecuador, will suffer more social and political unrest while the traditional economic drivers of Brazil and Argentina continue to face leadership problems. Trade relations between the EU and the South American trade bloc Mercosur could easily be derailed if environmental concerns regarding the destruction of the Brazilian Amazon are ignored. Companies, mindful of their audiences, will be watching the reputational difficulties of doing business in Brazil closely. The UK will remain paralysed by the uncertainty of Brexit, creating a truly awful scenario for business, while the slow changing of the political guard in Germany will create space for greater French influence and leadership in the EU. And then there’s the small matter of a U.S. Presidential election. 2020 will certainly be a year of challenge for multinationals.

The problem of inequality has come up repeatedly throughout this year, from Rutger Bregman at Davos, Alexandria Ocasio-Cortez and Bernie Sanders in the United States, to Marc Benihoff at Salesforce. In 2019 the public in many places took to the streets to voice their unhappiness at the impact of the wealth gap, rising corruption, and their feeling of the rich in their societies not paying their “fair share.” Protests in normally stable Chile erupted when subway fares in Santiago were increased by 4 percent, impacting mostly the poor. In Lebanon, public protests against endemic corruption and economic mismanagement resulted in the government resigning. Increases in fuel prices in Iran sparked mass street protests and a repressive government response. In France, the gilet jaune movement still causes major disruption.

2020 will put this debate at the heart of the U.S. Presidential election with leading Democratic candidates finding the topic resonating with their base. Billionaire Michael Bloomberg’s entry into the Presidential race will add to the perception of a gap growing between “the ordinary” and “the elite” amongst ordinary voters—a point fellow candidate Elizabeth Warren was quick to raise. The gap between the very richest and poorest in societies around the world—including in Western economies—is growing fast and reshaping local and international politics. It also pulls multinationals like Amazon, Facebook, and Apple into the social debate on taxation, working conditions, purpose and fairness. Corporate leaders will now be expected to have positions about taxation, global equality and fairness in society, and audiences will no longer accept business practices that are solely focused on profit for profit’s sake.

If 2019 was defined by the weaponization of social media, next year will see the enormous pressures on regulators to reset the balance on data privacy and data protection issues in favour of the user. There is a growing public desire to regulate, manage and control the ability of private enterprises to commercialise big data, including personal and sensitive information. On this issue, individuals have been key drivers of change across the globe, pushing elected officials towards regulation and public debate of the topic. However, as long as there are different jurisdictional approaches to the issue, challenges will continue to exist. As a very technical product of the globalised world, data does not respect borders and the enforcement of related rights and obligations will continue to be difficult for both private and public stakeholders. But there is a Rubicon moment fast approaching when the public calls will no longer be to “implement smart regulation” but they will be frustrated and angry demands to “implement any regulation.” With a looming clash between the West and China in how society incorporates new technologies such as AI, facial recognition or chatbots into daily life, the pressure will force a revaluation of priorities between a cultural dominance of civil society or a drive for boundaryless innovation.

While climate change and environmentalism will become the defining topic for regulators and policymakers in the coming years, an element of “climate shame” will take over in 2020. Spurred on by new voices like Greta Thunberg or Extinction Rebellion who are resetting the policy and media agenda on environmental issues, we will also see an acceleration of corporate responses to consumer demands for greater action on climate issues. Retailers will see increased calls for bans on single use plastics, while the aviation sector could follow Easyjet, Qantas and British Airways in implementing more carbon offsetting plans to deal with “flight shaming.” National policymakers will face pressure to implement more climate friendly travel options such as improved railways and effective electric vehicle policies including for public transport.

The global response to this issue brings new opportunities for businesses, as policymakers and the civil society focus on new environment-friendly imperatives. Businesses that are slow to adapt to this new dynamic may find it hard to recover their position in the eyes of consumers and even their own workforce. 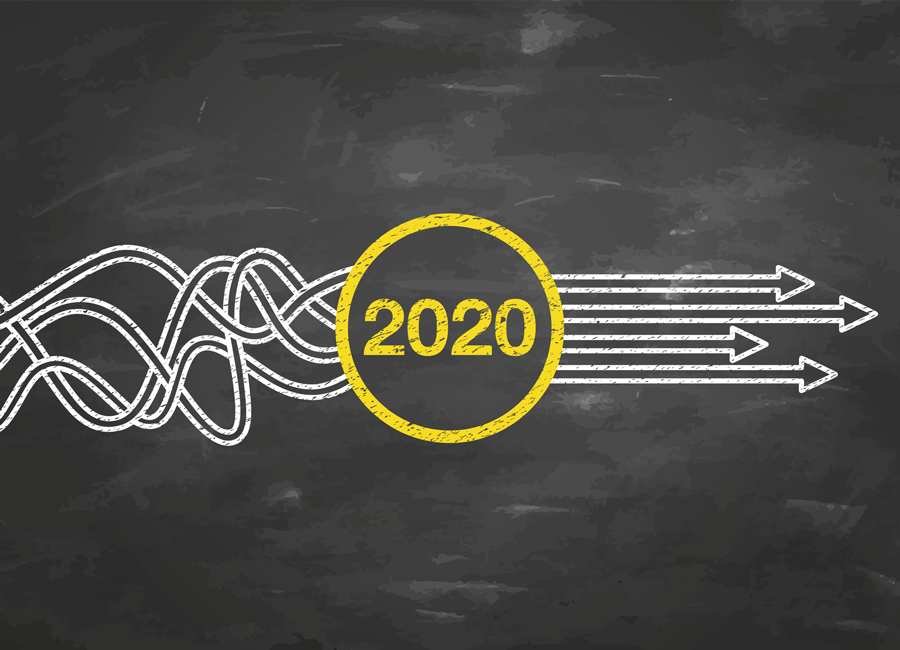