The issue of how to address prescription drug pricing will certainly be a hot button issue in 2020 for Democrats and Republicans during the months leading up to the presidential election in November. The White House continues to make reducing drug prices a priority and Democratic primaries have renewed healthcare reform debate. House Speaker Nancy Pelosi’s bill—H.R.3 Lower Drug Costs Now Act of 2019—passed the House on a mainly party-line vote on December 12 and several of the Democratic candidates have made passing this legislation a priority. Multiple factors, including patient exposure to out-of-pocket costs, misinformation on the role of industry, increasing attention to international price differentials and high-profile bad actors have created the perfect storm of drug pricing causing public scrutiny of the pharmaceutical industry.

Speaker Pelosi’s bill would require the Centers for Medicare & Medicaid Services to negotiate prices for certain drugs with pharmaceutical companies. The proposal is opposed by some industry and patient groups, and has no Republican support.

According to a recent report by the White House Council of Economic Advisers (CEA), more than 100 medications won’t come to market over the next decade if this bill became law. Lack of interest in the Senate and opposition by the White House means the bill likely won’t move, but it lays down a marker for one side of the aisle, and will galvanize supporters and provide a target for opponents.

In the Senate, Finance Committee Chairman Chuck Grassley (R-Iowa) and ranking Democrat Ron Wyden (D-Oregon), have introduced their own  drug-pricing bill which has bi-partisan Senate support as well as White House support.

Expect a continued focus on the proposed Foreign Reference Pricing (IPI) rule, which is slated to become final—but the same was said about the “Rebate rule,” which was withdrawn at the last minute. Additionally, the Department of Health and Human Services and the Food and Drug Administration are working on an effort to allow some degree of drug importation that meets certain quality standards while providing additional supply that supporters claim will lower costs.

When it comes to healthcare costs, there are a few misconceptions and one of the biggest is that high costs are being driven by drug prices—only 10 percent of U.S. healthcare expenditures are spent on prescription drugs.

So why are Americans more frequently exposed to high drug prices than any other healthcare costs? Some experts say that savings (rebates and discounts) are not being passed to the patient. In such a complex healthcare system, the pharmaceutical industry has not done a great job in explaining this to the public. President Trump has used the bully pulpit to raise the issue and it is resonating as a key issue for his political opponents and groups like AARP.

So, how should pharmaceutical companies respond in 2020? They should work to be a trusted resource by being more transparent, educating policymakers and promoting public health that makes them part of the solution.

Pharmaceutical companies can do a better job explaining how they price their life-enhancing and life-saving medicines. They also need to be more bold in disclosing how much they spend on research and development, and how much money they lose on investments that do not come to fruition. In 2018, the pharmaceutical industry spent a total of $1.79 trillion globally on research and development.

Companies need to better communicate to the public and U.S. policymakers how foreign reference pricing and other proposals—currently being debated in Congress and on the campaign trail—may have unintended consequences that could impede innovation. Companies also need to do a better job in pointing out spending in other parts of the healthcare system and offer solutions to reform rebates, hospital costs, middlemen, supply chain and insurance practices to benefit patients.

Pharmaceutical companies and the industry as a whole should align themselves with principles that promote good public health and highlight how their products and programs promote health to all Americans.

This is the time for pharma companies to be bold by taking a stance on what they believe and offering real and impactful solutions that help patients while calling out elements of the healthcare system that create barriers to access.  Innovators should work with their industry associations, stakeholders and policymakers to tell their story and advocate for policies that will incentivize R&D while continuing to offer broad access to the largest number of Americans. 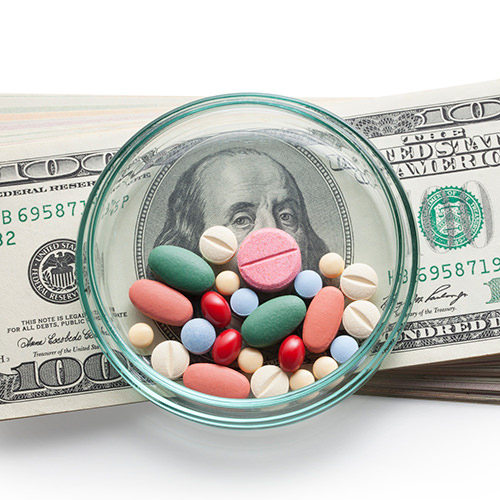