In the first 100 days of the Trump Administration, on health care, Republicans are putting to the test the old saying “take another bite of the apple.” How many bites can you take?

By a conservative count, the current repeal and replace plan is in its third iteration, none of which has actually been voted on, and it is unclear whether this latest version will ever see a vote. And all of this is solely based on action in the House. The Senate is waiting for the House to take action and as a result has been spared the embarrassment the House has suffered.

For seven years Republicans, mostly House Republicans, have run on the promise to repeal Obamacare – they eventually added replace when it became politically clear they needed some plan to replace the ACA. Over the course of the last few years they held over 50 such votes in the House – but only one on the Senate. So the question is – why is it so hard to pass a repeal and replace plan now that they have control of the White House and both chambers of Congress? Particularly when the President seems unconcerned about what they pass, just that they pass something so he can check it off on his list of accomplishments. The answer is both simple and complicated.

First the simple. Governing is much harder than campaigning. And all those repeal votes in the House were nothing more than campaigning. They meant nothing – at the time (though the success and shear number of the repeal votes created an expectation they are now having a hard time living up to). They were never going to become law as long as Barrack Obama was in the White House. Even when Republicans had majorities in the House and Senate, the one repeal vote that passed both chambers – a reconciliation vote in 2015 stood no chance – and they all knew it.

By definition a majority is comprised of more than one point of view. A minority is just the opposite. So, now that they have control of the House, Senate and White House, in order to move legislation, they have to appease several points of view and there are at least four political centers among Republicans. There is the Leadership, the Institutionalists; the Freedom Caucus and the Moderates (with crossover among all four). Each have very different points of view about health care and finding some common ground has been elusive, especially when the differences between the Freedom Caucus and Moderates appears to be irreconcilable. So it is simple math. They need 216 votes and they are far short because they cannot find a plan that will satisfy all interests.

Now the complicated. No one thinks the ACA is a perfect law. The only issue is how flawed you think it is. Many Republicans view it as fatally flawed to the point it cannot be repaired. For Democrats and a not insignificant number of Republicans, it is flawed, but can be repaired. What factually cannot be disputed – and what has made this debate complicated – is that the ACA has provided affordable coverage to around 11 million Americans. Republicans argue that premiums and deductibles are so high, even if people can somehow buy the insurance, they do not use it due to cost. Evidence suggests otherwise.  Eighty-five percent of all marketplace members receive some level of premium support making their premiums affordable. But more importantly, 60 percent also receive cost-sharing support in meeting co-pays, deductible and co-insurance requirements. This makes accessing health care affordable.

So what has complicated the debate and made it so difficult for Republicans is that 11 million people are now getting health care. The debate is no longer about the theoretical goal of creating greater access – the debate is now about the practical reality that any replacement needs to insure that those 11 million people can continue to get health care – not just the goal of access to health care – but real health care at the hospital and in the doctor’s office. And this is what is causing the problem. None of the versions of the Republican repeal plans are estimated to cover the 11 million people who have coverage now, which carries with it the real consequence of reduced health for those who now have coverage and are getting care.

Adding to the complication, when you look at where those persons are who are getting the most benefit from the premium support and cost-sharing program live, they live in Trump country.

And to add to the challenge, public support for the ACA, long underwater, has improved to the point a majority now support it, and they are not in support of the Republican repeal plan.

While Congress has a long history of passing legislation to create new law and programs, Congress has virtually no history of taking away a benefit from Americans, and that is what Republicans are proposing with their repeal and replace plan.

And this is both simple and complicated.

Governing is hard – as it should be. 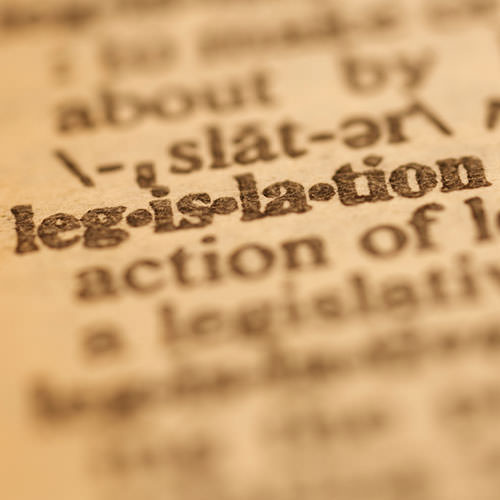